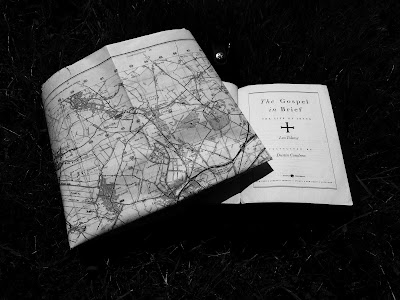 The sun drew me out on Sunday and I took a lovely day-long ride on the Copenhagen-Pedersen over to Landwade and Snailwell churches and around (coming back along a section of the Anglo-Saxon Devil's Dyke).

The setting of Landwade is quite beautiful, as I hope some of the pictures here will reveal. But, as is typical of much of the English landscape, it’s beauty hides something darker and conflicted.

Landwade is one of only three churches in Suffolk in private hands, the other two (Ickworth and Hengrave) are, like this one, estate churches. First of all (in the 15th century) it belonged to the Cotton family and then, from the nineteenth century onwards, to the Gibson and Glenelie families (the latter line died out during World War II). In other words the idyllic setting is, and was, only protected by being in the hands of wealth and privilege (regardless of the niceness and decency or not of actually existing family members). As you will see, just a short mile away from this bucolic setting the traveller finds a vast, neoliberal transport depot belonging to Turners of Soham.

Anyway, as I sat in the sun in the low-walled graveyard eating my packed lunch (sandwiches, a few crisps, ginger beer, tea and an apple), I opened up my copy of Tolstoy’s “Gospel in Brief” which I’d taken with me as appropriately dissenting, Christian anarchist, Sunday reading. It struck me also as appropriate (given the setting in which I was reading his words) because Tolstoy (like his later follower Ludwig Wittgenstein) was a person who, rather than holding on to his inherited money and estate, found ways to give it away.

The short passage that I read and then contemplated for a good hour and a half as I ate and wandered around the site was this:

At another time, Jesus spoke with the orthodox and said to them, “There can be no proofs of the truthfulness of my teaching, just as light cannot be shined on light. My teaching is the true light that people can see by and that demonstrates what is good and what is bad. Therefore it is impossible to prove my teaching. It proves everything else. Whoever follows me will not be in darkness but will have life. Life and light are one and the same.
But the orthodox said, “You are the only one that says so.”
And he answered them. “If I am the only one that says so, then all the same it is my truth because I know where I came from and where I am going. According to my teaching there is a meaning of life, according to yours there is not” (“Gospel in Brief” pp. 84-85).

As many of you will be aware Tolstoy is here offering an interpretation of John 8:12-14.

It powerfully reminded me that, at least for someone like me, Jesus’ (human) way of life (his general way of being-in-the-world) is the gifted, unchosen, initial benchmark that allowed me to say anything at all about what might be good or bad in the world — for example, that neoliberalism is a pernicious world-view or that the privilege of rich estate owners will not help them find true happiness nor, in the end, is it the right and appropriate way to share out the earth’s common treasury.

In this sense Jesus/Tolstoy’s words are a light that reveals a world and upon that initiating (worlding) light the same initiating light cannot be turned. True, one might come to disagree with the world it reveals but, if one accepts what is revealed (after, of course, careful reasoning based upon what evidence is available to you in that world), and then one begins to live truthfully by it (i.e. loyally and faithfully, in the sense of troth-fully), then you have to accept that it simply is the light that lights up the world in which you find yourself.

There are many challenges that these words bring but one of the most pressing is that it reveals the need, at the same time, to acknowledge that others do not share the same “light of the world” as me. This does not mean that “my” light and the light of “the other” are, per se, wrong, but it does reveal the desperate need in our world for a congerie  or parliament of lights.