Grantchester Meadows in the spring sunshine and a Spinozistic thought 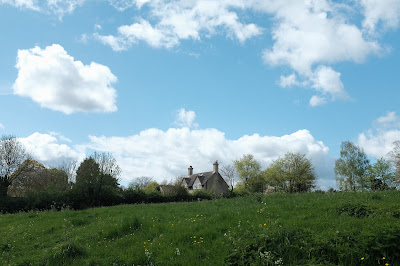 Grantchester Meadows is, in and of itself, a wonderful place and it has been and remains for me a site of peace and restoration, a place to sit in or walk through philosophizing either alone or in company. But it is also a place after which one of Pink Floyd’s best known songs was titled, one which brings with it evocative childhood resonances. It’s for me the quintessential song about sitting by a stretch of English river. Those of you who know the song will know it starts with the sound of skylarks and bees and, today, as I walked through the meadows with a friend and fellow philosopher both of these wonderful creatures were much in evidence. But today the song carried with it an extra, and very poignant, resonance . . .

A month ago I conducted the funeral service of a woman in her mid-sixties called Fran whose death, although it was ruled as accidental may well have been, in truth, suicide. The service finished with the playing of some of her favourite songs and by the time her family and friends had left to go to the wake in the local pub the playlist had not finished. As I locked up the chapel before joining them for a quick drink, Grantchester Meadows began to play and I found I had no choice but to sit down and listen to it to the very end. It wholly succeeded in “bringing sounds of yesterday into this city room”— not only the sounds of Fran’s yesterday but, of course, my own. For a moment it felt to me as if we had together become a kind of one. The song finished and in the silence which followed — for it turned out to be the final song on the playlist — the “spell” was slowly dispelled. But, today in the spring sunshine as my friend and I quietly surveyed the lazy water meadow before us, the spell was cast again and a Spinozistic unity of all things seemed to me to be quite tangible and it’s a feeling which, even five hours later, has not yet quite dispelled. And so, in the pub over lunch I quietly and gratefully drank a toast both to the memory of Fran and to the great Universalist George de Benneville (1703-1793) who summed up so well what I was (and still am) feeling, namely, that “the Inner Spirit makes [us] feel that behind every appearance of diversity there is an interdependent unity of all things.” 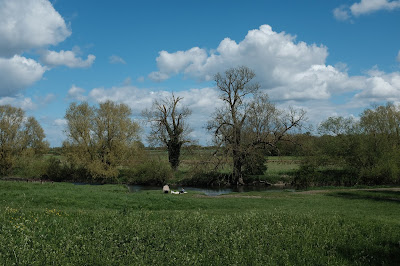 Icy wind of night, be gone
This is not your domain
In the sky a bird was heard to cry
Misty morning whisperings and gentle stirring sounds
Belied a deathly silence that lay all around