Just wear, tear and the drying out of wood?—On the (non)miraculous appearance of a cross in the Cambridge Unitarian Church 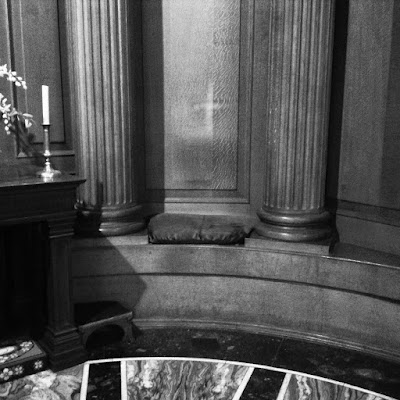 READING: From An Enquiry into Human Understanding by David Hume (from Section X)

A miracle is a violation of the laws of nature; and as a firm and unalterable experience has established these laws, the proof against a miracle, from the very nature of the fact, is as entire as any argument from experience can be possibly imagined. Why is it more than probable, that all men must die; that lead cannot, of itself, remain suspended in the air; that fire consumes wood, and is extinguished by water; unless it be, that these events are found agreeable to the laws of nature, and there is required a violation of these laws, or in other words, a miracle to prevent them.

There must . . . be a uniform experience against every miraculous event, otherwise the event would not merit that appellation. And as a uniform experience amounts to a proof, there is here a direct and full proof, from the nature of the fact, against the existence of any miracle; nor can such a proof be destroyed, or the miracle rendered credible, but by an opposite proof, which is superior.

Just wear, tear and the drying out of wood?—On the (non)miraculous appearance of a cross in the Cambridge Unitarian Church

Over the last few years it has been a pleasure to welcome many new people into the church — either as visitors or, of course, as new attenders and members — and, during that time, at least a dozen of them have asked me — in a rather puzzled way — about the shadow of the “cross” that you can see up here behind me in the apse. Most of them have assumed that, once-upon-a-time, there was an actual cross here which, although an attempt has been made to have it removed, has left an indelible mark on the wainscotting. “So what’s the story?” they have asked me and I have told them.

But, it’s been five years since I told it last to the congregation as a whole and, since it contains a significant number of new people people, it’s about time to retell it and put the record straight once again. But, as you will discover, putting the record straight still doesn’t easily put the matter to bed.

Nineteen years ago this church to work through a significant disagreement over whether it should, or should not, continue explicitly to maintain its deep historical connections with the liberal Christian and Radical Enlightenment tradition or should abandon it entirely in favour of some fully secular, humanist stance. In the midst of our disagreements something utterly unexpected happened, the cross behind me began to appear. I assure you that this is absolutely true. A couple of people, standing overly-enthusiastically on the Christian side of things, and to the surprise of everyone else involved, took this to be a real miracle, an actual and clear sign that “God” wanted this church to stay Christian.

Despite being among those who wanted to maintain our connections with the liberal Christian tradition (a position I still hold to this day) my religious naturalism — which is, as you know, is actually a species of Christian a/theism — meant that such a supernaturalistic reading of this unexpected phenomenon struck me as both completely incredible and utterly unhelpful to the conversation.

Not surprisingly I began to take every opportunity to point out that the cross-bar was caused by our minister emeritus’ (Frank Walker) head where, for twenty-four years, he used to rest it during the musical offering. The vertical-bar, on the other hand, was formed by a wholly coincidental lightening of the wood grain which runs in that direction. I put this latter phenomenon down to the extra use of heating in the church due to the starting of an evening service. All in all, I said, the cross was clearly not a cross at all but just wear, tear and the drying out of wood. I stressed, again and again, the word “just” — just wear, tear and the drying out of wood.

Now those who know me well know that the word “just” is a bugbear of mine. It’s a word that can be used and misused in so many ways, not least of all because it can be used to mean so many different things. For example, it can mean very recently (I just finished reading Nietzsche); exactly (that’s just what Heidegger meant); by a narrow margin (Matthew just missed Luke with the cricket ball); only (Jesus was just a figure in the crowd until he met John the Baptist); quite or very (that statue of Venus is just beautiful); directly (Christ’s Pieces is just west of the church); and perhaps or possibly (the minister’s crazy theology just might make sense).

But, despite my protestations, as you can all see, the resultant wear, tear and drying out still looks damnably like a cross and, over the years, as the vertical bar has got lighter and lighter, it’s only come to look ever more and more like one and to elicit from visitors and new members a steady stream of questions about it.

Over the years since the putative “miracle of the cross” I have become ever more alert to the fact that neither in the original highly charged context of our own community’s disagreement nor in the more generalised, background European Christian cultural context we live, work and have our being, a short vertical line intersected by a short horizontal line appearing in a church can never be seen as just wear, tear and the drying out of the wood except in the most abstract and technical sense. It will always show up at first sight as a cross. Trying to claim otherwise would be somewhat akin to trying to claim that the “Mona Lisa” is just a bit of oil paint on a poplar panel or deciding to rail at the setting or the rising of the sun.

At this point in my tale we can turn to some words of my colleague and friend, the current German Lutheran Pastor here in Cambridge, Oliver Fischer, which were given here five years ago on Good Friday during an ecumenical service for the city’s various churches. At one point in his sermon he asked the ecumenical congregation to:

“. . . step under the cross and find our own place there. We have to use our imagination to do this, especially since in this church we have no cross in front of us. Although: there is a nearly miraculous story of a cross appearing on the wall of the apse — can you spot it? What an allegory of the cross this is, that is always there. If you choose it or not, we encounter the cross on our way through life and have to bear it ourselves.”

Although there was much in his sermon involving certain Christian metaphysical beliefs that I, personally, could not — indeed still cannot — agree with, I was powerfully and positively struck by the way he used the story of the cross appearing in this church.

His words reminded me that the cross means something in our culture over and above the simply physical and, since it’s cultural, symbolic meaning — for good and ill — is not going to go away any time soon, for the foreseeable future we continue to walk beneath the cross. For some two-thousand years it has indelibly marked our culture and — again for good and ill — the world’s other, non-Christian, cultures. Whenever we see its shape resonances and echoes — both conscious and unconscious — are inevitably set-off in us. In the same fashion we cannot strike a bell without it ringing, we cannot see a cross without it setting off certain resonances in us. To pretend otherwise is delusional. 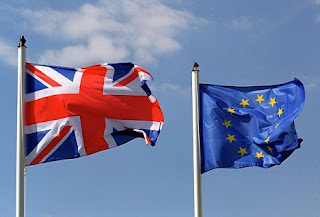 With this thought in mind I can bring this lesson into the present day context for here in the UK we have clearly entered into a complex culture war where rational thought and argumentation has begun to lose its suasion and is being challenged and, at times, its use is being even replaced by the use of highly emotive — and motivating — symbols of identity such as the Union Flag, the George Cross, the Saltire, the Red Dragon, the Circle of Twelve Golden Stars on a Blue Field etc.. The kinds of symbol that, when you see/hear them, makes you immediately think — or rather feel — X or Y; they are the kinds of symbol that, once they have triggered something in you, you prone to forget the ever-present need forensically and rationally to examine your thoughts and feelings about them. In the context of this address it is to see a cross and not to have the wherewithal to go on to see that perhaps it’s been created, not by God, but by natural causes, through wear, tear and the drying of wood.

Now these words may initially sound to you as being only intended as a criticism of those whose are allowing themselves (consciously or unconsciously) uncritically to respond to the emotive symbols I have mentioned and many more besides. Well, it is just such a criticism, but it is much more than that too for my criticism is, today, directed at us, we who try our best — or believe we are trying our best — to employ reason and forensic examination in both religion and politics.

The truth is that we who value reason and forensic examination need to see, using these same tools, that emotive symbols — of which the cross is my primary example today — are always remain potentially extremely powerful and that they can never be reduced JUST this or that rational, reductionistic description. Not to see this fact — distasteful to reason though it often is — would be  itself unreasonable and to have failed in our reasonable and forensic work.

To conclude. With the exception of the two people I mentioned earlier, no actual member of this church who has heard the story of the appearance of the cross has ever believed that a miracle occurred, that a supernatural being called God put this cross here. No! Everyone has believed it to be the product of wholly natural causes. We remain, I’m pleased to say, very much children of David Hume.

Given this, might we not consciously allow this cross to stand for us as a salutary reminder that, though we live in a world so much of which can be best understood by the use of reason and through forensic examination, we continue to live in a human, non-rational, cultural, religious and political world where symbols such as the cross (and the flags I have previously mentioned) can be used to trigger us into acting with great kindness, love and justice or acting with great violence, hate, and injustice.

This cross behind me is most assuredly caused by wear, tear and the drying of wood and not by God but, as humans, it can never be reduced to being JUST these things. As my friend and colleague Oliver Fisher wisely put it, whether we “choose it or not, we encounter the cross on our way through life and have to bear it ourselves.”

As to what “bearing the cross” might mean for us today is another matter of course but, whether we like it or not, bear it we must.
Email Post
Labels: Address Brexit David Hume flags miracles Political Theology symbols The Cross Union Flag
Andrew James Brown
I'm a minister in Cambridge (UK) on the roll of the General Assembly of Unitarian and Free Christian Churches with sympathies towards a contemporary Lucretian inspired religious naturalism, new materialism and Christian atheism. Photographer, cyclist, walker, jazz bassist.