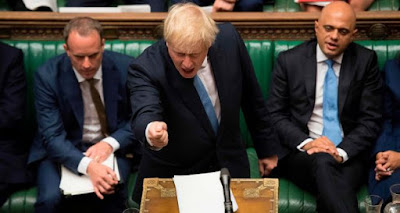 In April of last year, on Palm Sunday, I took a look at what many biblical scholars think is the completely fictitious story found in all four gospels concerning Pilate’s binary question to the crowd about whether to release Christ or Barrabbas.

The least offensive version of the story is found in Mark’s gospel but, in Matthew’s telling of the story, the reader is deliberately led to believe that the Jews displayed their full guilt in the matter by shouting out, ‘Let the responsibility for his death fall on us and on our children!’ (Matthew 27:25). This verse was a key element in the creation of the most virulent forms of both Christian and secular antisemitism imaginable which, across the next two millennia, directly and indirectly, led to deaths of millions upon millions of Jews. It’s an evil that remains with us to this day and, as the biblical scholar Robert Funk noted, ‘There is no black deep enough to symbolize adequately the black mark this fiction has etched in Christian history’ (‘The Acts of Jesus: The Search for the Authentic Deeds of Jesus’, Poleridge Press, San Francisco, 1998, p. 153)

I encourage you to remind yourself of that address at this link but, here, for reasons that will become clear, I would simply like to concentrate on the kind of ideology that all too often lies behind asking the kind of binary question the story contains. (Just to be clear, this current pieces re-uses unchanged a fair number of sections from my address in April.)

As I noted last April it’s been many years now since I was able to read the Christ or Barabbas story without simultaneously thinking of something deeply disturbing that the German jurist and political theorist Carl Schmitt (1888–1985) wrote in his ‘Political Theology’ of 1922. His thinking in that book about questions concerning sovereignty and the effective wielding of political power has been, and remains, highly influential. But his book reveals a deeply problematic way of thinking about the world because, not least of all, it’s bound up with his own reasons for his close association and juridical-political allegiance with Nazism. Indeed, he has been called by some the ‘crown jurist’ of the Third Reich.

Schmitt thought that when faced with the question of Christ or Barabbas?, ‘Liberalism, with its contradictions and compromises’ could only proceed by accepting ‘a proposal to adjourn or appoint a commission of investigation.’ Schmitt then noted sneeringly that:

‘The essence of liberalism is negotiation, a cautious half measure, in the hope that the definitive dispute, the decisive bloody battle, can be transformed into a parliamentary debate and permit the decision to be suspended forever in an everlasting discussion’ (‘Political Theology: Four Chapters on the Concept of Sovereignty’, Chicago University Press, 2010, p. 63)

As is clear Schmitt did not like ‘liberalisms’ commitment to the value of ongoing dialogue at all and he sought to counter it by promoting what is called a philosophy of decisionism, a philosophy with some very nasty authoritarian overtones.

In a 1960 paper about Schmitt’s concept of the political Charles E. Frye said of Schmitt’s philosophy that ‘perhaps its most characteristic aspect is the pervasive sense of the loss of orientation.’ In short, Schmitt thought that when a culture began to experience this loss one effective way of getting it back was to explore the possibilities which might emerge if you could force people to consider only either/or questions such as ‘Christ or Barabbas?’ It’s important to be aware that the underlying binary question for Schmitt was always ‘friend or enemy?’. It’s vital to realise that Schmitt believed these terms were to be taken:

‘. . . not as metaphors or symbols, not mixed and watered down by economic, moral, and other ideas; nor are they to be taken psychologically as the expression of private feelings and tendencies. . . . Here we are not concerned with fictions and normatives, but with reality as it is and the actual possibility of this distinction.’

Frye then points out that for Schmitt the ‘enemy’

‘. . . is not just any competitor or adversary in general. “Enemy is ... in the last analysis a fighting, human totality; but it is at least this. Whether it is fighting or not depends upon the actual circumstances.” And then he indicated the source of his choice of these particular terms as the specifically political concepts: “The concepts friend, enemy, and battle have a real meaning; they obtain and retain this meaning especially through their reference to the real possibility of physical killing.” Schmitt’s concept of the political ultimately derived from the specific and actual possibility of death in battle, from the most limiting of all human situations — death’ (‘Carl Schmitt's Concept of the Political, Carl Schmitt's Concept of the Political, Charles E. Frye, The Journal of Politics, Vol. 28, No. 4, Nov., 1966, pp. 818-830).

Now, in the disturbing context in which we have found ourselves this week in the UK, my chief point today is that our own British culture (although some may say, with some justification, that it is in fact primarily English culture), has clearly lost it’s orientation and we have, shockingly, allowed into power an executive that contains people actively pursuing just such a ‘philosophy of decisionism.’

It’s a philosophy which deliberately seeks to present people with a series of ongoing, false binary questions, the answers to which actively seeks simplistically to divide the world up into various versions of the friend/enemy dichotomy. It’s a philosophy which believes we are not moving forward or doing anything meaningful or valuable unless we can be seen to be making clear binary decisions about X or Y and then acting upon them, come what may with no ‘ifs and buts’.

These binary questions are deployed by Schmittian decisionists in the belief (or, perhaps, hope) that this method will revive in ‘the people’ or ‘the nation’ a belief that by answering these kinds of binary questions they are, in some meaningful and exciting way, going to be heading purposefully towards a glorious future with a restored national political, religious and personal sense of identity and confidence.

But this is a very, very dangerous route to start walking down. To see this we need only recall that ancient, fateful question ‘Christ or Barabbas?’ and note well that it was never going to be able to deliver the ‘Last Word’ on anything we might then, or now, have considered to be good and decent and of lasting worth and that, in fact, it was ultimately only able to deliver up to us all kinds of unfulfilled (and unfulfillable) expectations that led inexorably to ever greater mistrust, hatred and, at its worst, to an almost unimaginable level of cruelty, repression, violence and, ultimately, genocide.

Well, in the figures of Boris Johnson, Jacob Rees-Mogg, Michael Gove, Dominic Cummings (the special adviser to first Gove and now Johnson as PM) we, alas, seem to have allowed into our executive some very committed Schmittian decisionists. We should not forget here to add to this list the name of their extra-parliamentary alter ego, Nigel Farage.

Now, this is not just my own eccentric point of view. Nick Pearce, the Professor of Public Policy & Director at the University of Bath, former director at the Institute for Public Policy Research and Head of the No10 Policy Unit under Gordon Brown between 2008–2010, noted in a piece first published in 2014 recent that exactly this tendency was displayed by Gove and Cummings whilst they were both at the Department of Education.

Back in April last year I said that I hoped the ‘Christ or Barabbas?’ story might stand for our disorientated culture as a salutary, Holy Week warning not to make the same kind of fateful mistake in our own time and context and adopt a politics of decisionism; the last few weeks have, of course, revealed to me that this warning was not heeded although, thankfully, the executive is now facing some real, concerted, democratic and parliamentary resistance.

Now, at this point in writing this piece I thought I would be able to conclude with something like the following paragraph:

‘Given the foregoing, it seems to me that as a community which continues to find it’s basic religious raison d’être in following and promoting a way of being in the world based on the example of the human Jesus, we must not forget that his central proclamation to love our neighbour as ourselves — a proclamation which, remember, includes even those we perceive (or are being encouraged to perceive) as enemies — has always, and will always, represent a direct challenge to leaders and/or rulers who are Schmittian decisionists. We, therefore, in all our actions, have a duty to challenge such a way of attempting to govern us.’

Now I think something like this can confidently be said but only if you are both prepared and able to follow Jesus in an incredibly minimalistic and humanistic way by dissolving all (and I mean all) our old metaphysical theologies, theories and beliefs about God and the New Testament into a this-worldly call to justice and charity to one’s neighbour and that the doctrine of the kingdom taught by Jesus means, henceforth and forever, that God was, is and will be present ONLY in and as one’s neighbour which, remember, includes our enemies (“What comes after Christianity?” A God who gently but firmly pushes you away from himself in the direction of each other).

If you can do this then I think my paragraph (or something like it) can, perhaps, stand. But, and this is where things got for me significantly more thorny and problematic and reminded me of the well-known adage that ‘people living in glass houses shouldn’t throw stones.’ You will recall that this piece began with me noting that many biblical scholars think the ‘Christ or Barabbas?’ Story is a completely fictitious one.

The truth is that formal Christianity — from its earliest to its most recent times — in its attempt to build some pure kingdom or Christendom, has all often deliberately placed before people many false either/or binary questions. It has a terrible record of wanting to separate cleanly and clearly insider from outsider, the faithful from the heretics, the saved from the damned, the sheep from the goats, the chaff from the wheat and so on. Throughout the New Testament and on into nearly all the structures of formal Christianity I find again and again many, many of examples of Schmittian or Pilatian decisionism.

When I began writing this piece I thought I might be able to say in conclusion that the way our current executive has chosen to try and govern over the past couple of weeks is profoundly ‘un-Christian.’ But that’s an unsustainable claim. What we have seen attempted by the current executive is painfully close to the way formal Christianity has often chosen to govern its empires, states and churches. This fact — and continuing tendency — must never be forgotten.

But what I am prepared to say is that promoting this kind of Schmittian or Pilatian decisionism is a way of governing that really does deem to run completely counter to the minimalist understanding of what and how Jesus seemed to teach people to behave outlined above (borrowing from Thomas Sheehan) and, therefore, it is for some (but clearly not all) of us, one more good reason why we choose to reject the divisive and destructive politics of Boris Johnson, Jacob Rees-Mogg, Michael Gove, Dominic Cummings, Nigel Farage, et. al..
Email Post
Labels: Boris Johnson Brexit Dominic Cummings Jacob Rees-Mogg Jesus Kingdom of God Michael Gove Nick Pearce Nigel Farage Palm Sunday Pilate Political Theology
Andrew James Brown
My name is Andrew James Brown. I’m a philosophically/theologically inclined writer with sympathies towards Christian atheism, D. G. Leahy’s “thinking now occurring for the first time”, a Lucretian inspired religious naturalism, new materialism and Kyoto School philosophy; also a photographer, cyclist, walker and jazz bass player. In addition to this, I’m the minister of a small, liberal-religious, free-thinking community in Cambridge (UK)