The fiery rope across generations and geography—a meditation for Pentecost 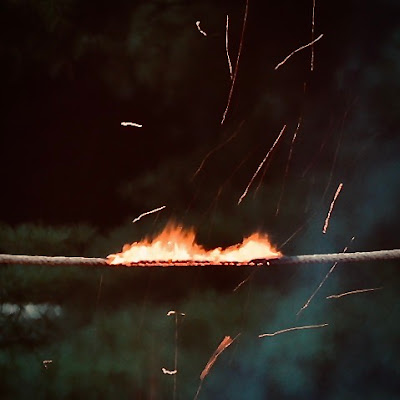 “And, when the day arrived that completed the fifty after Passover, [Matthias and the eleven Apostles] were all gathered together in one place; And suddenly there came a noise like a turbulent wind borne out of the sky, and it filled the whole house where they were sitting, And there appeared before them tongues as of fire, which parted and came to rest, one each upon each one of them, And they were all filled with a Holy Spirit, and they began to speak in other tongues, as the Spirit gave them to utter” (Acts 2:1-5, trans. David Bentley Hart).

So begins chapter two of Acts. It tells a story which, within Christian communities anyway, has become understood as describing the event when the first Christian community was inaugurated. Jesus may have been taken away from them by imperial execution but the coming of the Holy Spirit, represented by the tongues of fire accompanied by something like the sound of turbulent wind, fills them with the animating spirit they believed had been in Jesus — nothing less than the living spirit of God. The community which continues to call me as their minister belongs to this Christian tradition and so its existence and inspiration is, therefore, intimately related to this mythopoetic, inspiriting event.

But, as many of you will be aware, the community I serve is hardly a conventional kind of Christian community. In fact far from it. It’s a bunch of free-thinking, free-spirit heretics holding all kinds of views, interpretations and beliefs about all kinds of things and it includes among its number not only liberal theists but also pantheists, atheists, humanists, agnostics and many other things besides. In short, as far as all forms of mainstream Christianity are concerned its link with the initiating experience of the earliest Christian community is broken and it is, therefore, most certainly no longer a Christian community at all. And yet, here am I, a self-confessed Christian atheist minister claiming, as my orthodox theistic Christian brothers and sisters also claim, that there remains a real connection between my own faith and the church I serve and that first, inspirational, Pentecost event. Who’s right? Them or me?

Well, one way we might imagine we could answer this question is to find out whether one’s own community’s living spirit (in fact any community’s living spirit) is truly made up of the same Holy Spirit that was said to have descended upon that room in Palestine two millennia ago. However, to do that we’d have to have a preserved sample of the original flame to compare with our own contemporary living spirit. For all kinds of obvious reasons that sort of proof isn’t obtainable — in fact, I think it’s a kind of proof that could never have existed. But, anyway, following this line of assessing what is or is not the case, no one can ever be proven to be right (or wrong) in their respective claims.

However, this is not the only way genuinely to be connected to this, or indeed any other, initiating event.

Well, as I interpret it, I, and the community I serve, are linked to that first Pentecost not by a single flame or spirit passed on unextinguished through the generations and across the geography of the world — a kind of unbroken, golden thread if you like — but through something that is rope-like in its make-up. As Ludwig Wittgenstein (1889-1951) pointed out in a lecture during the mid-1930s:

We find that what connects all the cases of comparing [i.e. the use we make of the word ‘comparing’ (p. 86)] is a vast number of overlapping similarities, and as soon as we see this, we feel no longer compelled to say that there must be some one feature common to them all. What ties the ship to the wharf is a rope, and the rope consists of fibres, but it does not get its strength from any fibre which runs through it from one end to the other, but from the fact that there is a vast number of fibres overlapping. (Wittgenstein, The Brown Book p. 87)

I hope it’s fairly obvious that the “Christian tradition” is rope-like, it’s something made up of a vast number of overlapping fibres stretching over generations and geography. In other words, to belong to the Christian tradition and meaningfully to be linked to the first Pentecost like a ship to a wharf does not require any of us at this end of the “rope” to share one feature common either to the first Christian community or, indeed, to the other kinds of Christian communities woven around us today. All that needs to be shown is that one’s own community genuinely is one of the fibres woven into the complex twisting together that makes up the whole rope that is the long Christian tradition. With regard to my own Unitarian, Universalist and Free Christian tradition, proof of this is, I should add, abundant and irrefutable.

Anyway, as Wittgenstein observed, when we truly begin to see this we no longer feel “compelled to say that there must be some one feature common to them all” and this should begin to open the door to an acceptance, not only of diversity as diversity but also to a better understanding of in what consists “unity in diversity.” Goodness knows we need to cultivate this understanding more than ever, and not just within the Christian tradition alone.

My own community’s continued insistence on understanding its own foundation as having occurred on that first fiery day of Pentecost some two millennia ago is not, therefore, a futile and wrongheaded attempt to insist that its way of unfolding the Christian tradition is right and mainstream/orthodox Christianity’s is wrong but, instead, it is one more way of showing a deep commitment to the idea of “unity in diversity.”

But there is something related that is worth noting as a conclusion to this, necessarily inconclusive, piece.

In order to continue to belong to the Christian tradition in any meaningful fashion, there is, I think, a requirement to maintain, show and feel some kind of connection to the original word and spirit of faith of this thing called the Christian faith — hence my use of the image of a rope. However, as Thomas J. J. Altizer (1927-2018) saw clearly in his 1966 book, “The Gospel of Christian Atheism,” in the Radical, Protestant tradition (and our own secular, post-Christendom age in general) there exists a recognition of the reality of the process of history and, therefore, of the forward movement of word and spirit. In consequence, this process and movement means that “[n]o radical Christian believes in the possibility of returning to either the word or the person of the original Jesus of Nazareth” (p.25).

If those of us, like Altizer, in the Radical Christian tradition could find an unbroken golden thread in the fiery rope that links us back to the first Pentecost and, therefore, to the word or the person of the original Jesus of Nazareth, that would show we had genuinely accepted neither the reality of the process of history nor the forward movement of word and spirit that Jesus seems to have been manifesting in his life and teachings. The thing to grasp here is that the very absence of a direct, unbroken golden-thread link to the first Pentecost, and the fact that we are clearly very different from Jesus and the first Christian community, stands as an encouraging assurance that we are still genuinely and appropriately linked to them across the generations and geography. 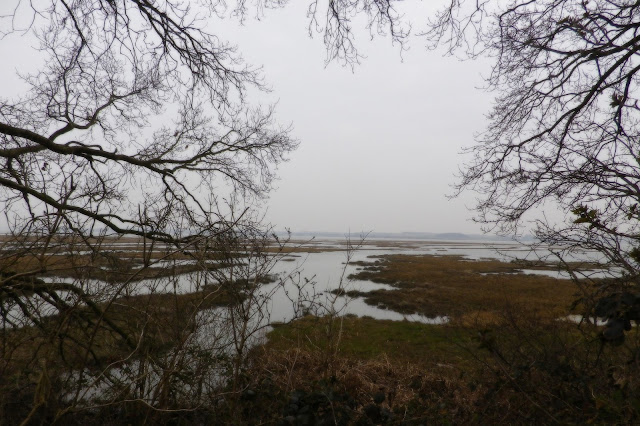