The freedom to be tomorrow what we are not today—Part Two: Becoming Free Spirits 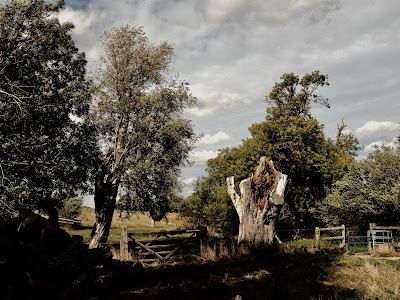 In his series of new prefaces written in 1886 for his older books, Friedrich Nietzsche (1844-1900) outlined how he thought a “Free Spirit” was made by undertaking a therapeutic journey that unfolded in four phases. I gratefully acknowledge that I owe a great deal of what follows to the account of this journey found in Gordon Bearn’s book “Waking to Wonder” (SUNY Press, New York 1997).

Nietzsche thought the therapeutic journey started with “the hearth health” of our old inherited, supernatural religious and metaphysical traditions; that is to say, the kind of comforting ways and beliefs we learnt as children — either figuratively or literally — beside the family hearth, the brick or stone-lined fireplace which, once-upon-a-time, was used for both warmth and cooking. These inherited traditions, even though they once grounded and secured for us the things we thought were of the highest value, today often “fetter us the fastest”, keeping us bound to old ways and beliefs which are simply no longer working for us in the modern world. For most people today, perhaps the most visible example of this fettering is seen at Christmas time when people who never set foot inside a church during the rest of the year suddenly find themselves almost uncontrollably yearning to attend carol and/or midnight mass services. I explored something of this latter point in Series 1, Episode  11 of this podcast called: “How Nietzsche helps us better prepare to celebrate Advent & Christmas,”

Anyway, it is the recognition of the loss of our “hearth health” — whenever and however it comes — that brings on the second phase of the therapeutic journey, one in which we enter a time of profound sickness, the dreadful sickness of nihilism in which there is “the hateful assault on everything that had seemed so comforting.” It’s a time when nothing counts any longer, when everything seems utterly meaningless and there is left only anomie and emptiness. In this sickness, we find ourselves living the kind of life Henry David Thoreau (1817-1862) thought most people lived, namely, one of “quiet desperation”. As many of us are acutely aware, our own age as a whole is dangerously and deeply mired, both passively and actively, in varieties of this nihilistic mood. However, because going through this sickness helps begin to loosen the fetters that once bound us, it is not a sickness to be feared because it plays an important role in helping us enter into the third phase of the therapeutic journey, namely, a period of freeing and transformative convalescence which itself has two phases—one cool, one warm.

The cool phase of convalescence is one of detachment in which we find we are once again able to look upon the world and all the things it contains, no longer nihilistically, but in a detached, scholarly fashion as if from a great and chilly height. As Bearn puts it:

“Everything is small. Everything is flat. Nothing matters. This is the mood equally of a scientist sure ours is a world of valueless facts and [also] of those literary characters who float through a world from which they have been estranged and which they look on with a species of tender contempt” (Gordon Bearn: “Waking to Wonder”, SUNY Press, New York 1997, p. 8).

The warm phase of convalescence is begun when we recognise that if our convalescence is truly to continue then we must find ways to return from the chilly heights and somehow come back to earth “where the sun warms.” Here is how Nietzsche beautifully put this change in attitude and, indeed. altitude, in his 1886 preface to “Human, All-Too Human” (1879):

“A step further in convalescence: and the free spirit again draws near to life—slowly, to be sure, almost reluctantly, almost mistrustfully. It again grows warmer around him, yellower, as it were; feeling and feeling for others acquire depth, warm breezes of all kinds blow across him. It seems to him as if his eyes are only now open to what is close at hand. He is astonished and sits silent: where had he been? These close and closest things: how changed they seemed! what bloom and magic they have acquired! He looks back gratefully—grateful to his wandering, to his hardness and self-alienation, to his viewing of far distances and bird-like flights in cold heights. What a good thing he had not always stayed “at home,” stayed “under his own roof ” like a delicate apathetic loafer! He had been beside himself: no doubt of that. Only now does he see himself—and what surprises he experiences as he does so! What unprecedented shudders! What happiness even in the weariness, the old sickness, the relapses of the convalescent! How he loves to sit sadly still, to spin out patience, to lie in the sun! Who understands as he does the happiness that comes in winter, the spots of sunlight on the wall! They are the most grateful animals in the world, also the most modest, these convalescents and lizards again half turned towards life:—there are some among them who allow no day to pass without hanging a little song of praise on the hem of its departing robe. And, speaking seriously, it is a radical cure for all pessimism (the well-known disease of old idealists and falsehood-mongers) to become ill after the manner of these free spirits, to remain ill a good while, and then grow well (I mean “better”) for a still longer period. It is wisdom, practical wisdom, to prescribe even health for oneself for a long time only in small doses” (Friedrich Nietzsche: “Human, All-Too Human” trans. R. J. Hollingdale, CUP 1996, pp. 8-9).

But, you might object, is not this warmth, this bloom and magic of things close and closest to us, merely an indication of a return by another route to the old hearth heath? Not at all, because you cannot ever fully forget the experience of the transformative sickness of nihilism; neither can you fully forget the chilly, detached perspective of the world seen during the first period of your convalescence. You are by now a significantly changed and still changing creature.

Naturally, these moments of warmth are, at first, short-lived and your mood of chilly but tender contempt will, from time to time, most assuredly return. It is also the case that, like malaria or lyme disease, the hateful sickness of nihilism may also return now and then, perhaps laying you low for weeks, if not for months, on end. Yet, for all that, you begin to notice that the occasional moments of warm sunlight come and stay more frequently than they used to.

On your best days, as Bearn observes, you are now able to live “as neighbour to precisely the things that the metaphysical tradition only found valuable as indicators of another metaphysical world” (Gordon Bearn: “Waking to Wonder”, SUNY Press, New York 1997, p. 32) and you begin to see, as Heidegger saw, that “When we live in the firsthand world around us, everything comes at us loaded with meaning, all over the place and all the time. Everything is within the world [of meaningfulness]: the world holds forth” (cited in “What, after all, was Heidegger about?”, Thomas Sheehan, 2014 p. 8). This, in turn, reveals to us a startling and hopeful truth beautifully summed up by Thomas Sheehan, that “there is nowhere else for a human being to live except in meaning” (ibid. p. 8).

In this warm convalescent phase, a person begins ever more fully to understand that we don’t need another supernatural, metaphysical world to underwrite and give meaning to our life in this world; all that is required is that we see this world differently and have the courage to remain with the close and closest things, things that, astonishingly, are now acquiring for us such bloom and magic.

For Nietzsche, all this gives us the hope of eventually entering into the “great health” which is the fourth and final phase of the therapeutic journey, one in which a person is able, at least ideally, to live completely and fully in these moments of natural warmth throughout the remainder of their life. As Bearn says, “This spirit freed from the tradition that seeks metaphysical comforts is surprised by a new happiness and a new love for all that is delicate. The great health is a life attuned to what is near.” And, as Ralph Waldo Emerson put it, and which Nietzsche quoted on the title page of the first edition of “The Gay Science”: “To the poet, to the philosopher, to the saint, all things are friendly and sacred, all events profitable, all days holy, all men [sic] divine” (Emerson: “History”).

My own hope has long been that the more and more we come to understand ourselves as pilgrim, convalescent Free Spirits, the better able we are to become what the twentieth-century poet Charles Olson (1910-1970) called “Archaeologists of Morning”—now remember, that’s “morning” as in “morning and afternoon” rather than “mourning” in the sense of expressing sorrow when someone dies.
Next week I’ll explore what Olsen thinks it means to be an “Archaeologist of Morning” and I will then conclude with the philosopher Paul Wienpahl’s (1916-1980) idea of becoming men and women without a position, that is to say, people truly free to live creatively and compassionately in the ever-moving, intra-active world in which all of us live, move, and have our being.
Email Post
Labels: archeology of morning Charles Olson free spirits future of liberal religion Gospel according to this moment liberal religion Nietzsche Thoreau
Andrew James Brown
I'm a minister in Cambridge (UK) on the roll of the General Assembly of Unitarian and Free Christian Churches with sympathies towards a contemporary Lucretian inspired religious naturalism, new materialism and Christian atheism. Photographer, cyclist, walker, jazz bassist.