The Flower Communion - Hard particularities with profound love and trust 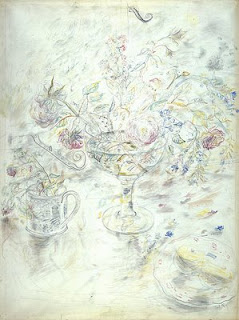 Liberals religionists have had a long love affair with the idea that it was possible to express religious faith through certain 'essential and universal principles' hoping that, in so doing they could articulate a kind of pure, ‘neutral’ religion that would suit all and offend none. It is a project which, though admirable in many ways, has failed and the continued decline of liberal religion as a vital force in our contemporary culture is extremely worrying, especially at a time when religion as a major political and social influence is back with a vengeance and when right-wing political forces across Europe are once again gaining ground.

Without particularly headlining this worry this is the single most important reason why recently I have been exploring the importance of developing a liberal theology/philosophy of radical particularity.

If you have missed any of these recent addresses, I do encourage you to read them because they provide some of the thinking that supports what I am saying today.

The reason I begin this address with these remarks is because without a real understanding and sense of the service’s hard particularities today’s 'Flower Communion' service, primarily because of its apparently simple and universally accessible symbolism and obvious beauty, quickly becomes a dreadfully trite and sentimental affair which expresses little more than a vague and desperately ungrounded and unstable desire simply to get along with others coupled to a vacuous affirmation of the beauty of nature.

But this was a service which was consciously created by the Czechoslovak Unitarian pastor Norbert Fabián Čapek (1870-1942) in 1923 to help his congregation in Prague root themselves in the particularities of his region’s history in order tangibly to deepen their understanding of what it was to be a committed religious liberal in the real, rather than an ideal, world.

The problem was that, although in his sermons and prayers, Čapek felt had begun to articulated well his liberal theology he realised that the Prague community needed a service that allowed these ideas to be more tangible - particular and concrete. Because, for a variety reasons, traditional forms of Christian communion had problematic resonances for many Czechoslovakians, Čapek realised he could not simply do a light revision of a Christian communion service but he also realised he needed to develop a service of communion with a physical element to it. So he began in 1923 to develop the Flower Communion.

Čapek asked members to bring a flower of their choice and, when they arrived at church – just as you have been asked today – they were directed to take it inside and place it in a large vase. This simple act was understood to be symbolic of each individual’s free desire to join with others in religious community. The vase that contained the flowers was itself symbolic of the church community. Speaking of the vase in which the flowers were gathered Čapek said:

For us in our Unitarian brotherhood the vase is our church organization. We need it to help us share the beauties but also the responsibilities of communal life. In the proper community by giving the best that is in us for the common good, we grow up and are able to do what no single person is able to do. Each of us needs to receive in order to grow up, but each of us needs to give something away for the same reason" (Henry, Richard, Norbert Fabián Čapek – A Spiritual Journey, Skinner House Books, Boston 1999, p. 145).

There followed hymns, a reading of I Corinthians 13, a prayer of consecration, one of blessing and a sermon. At the close of the service each member was to leave with a different flower from the one they brought taking it, as Čapek said, ‘just as it comes without making any distinction where it came from and whom it represents’ as a public confession that they accepted ‘each other as brothers and sisters without regard to class, race, or other distinction, acknowledging everybody as our friend who is a human and wants to be good.’ (Henry, Richard, Norbert Fabián Čapek – A Spiritual Journey, Skinner House Books, Boston 1999, p. 144).

(Excursus - although Čapek seems here to be suggesting that he desires the 'one-size fits all religion' I criticised at the outset what he is really saying is that by being this kind of Unitarian congregation - and see next Čapek quote below - this is to be one thing and not another. By being something, not nothing we can extend radical hospitality to other ways of being - we are inviting people into our circle as respected guests not potential converts to our way of thinking. Though, if any guest finds amongst us a way of being religious liberally that they wish to follow then we will not, naturally!, turn them away.)

Now it is important to realise that the situation in Czechoslovakia in Čapek’s day was not easy and if you put your flower in that vase you were saying something very risky indeed as you were openly committing to a movement that was prepared to face up to the significant challenges that faced this new country (Czechoslovakia only having some into existence as a political and social entity in 1918).

So you have a clearer idea of to what people were committing when they participated in the Flower Communion here is how, in 1924, Čapek defined what he understood Unitarianism to be:

"What kind of religion is this Unitarianism? It is humanity lightened by divinity. It is humanism and theism combined. It is not the kind of humanism without God and without a soul, but the humanism of those great men who from time to time called our nation to a new life. When John Hus appealed to reason and conscience against the authority of the pope, it was work for humanity. When Comenius conceived school as a workshop of humanity, it was the continuation. I specially quote his words: “man finds himself best in his own innermost, nowhere else, for then in himself he easily finds God and all.” What else is it but to begin with man when seeking God? The opinion that religion is outgrown can be held only about the religion that was not human enough, that remained under the level of humanity or remained, so to say, hanging in the sky, and could not answer the needs of men in their daily life. . . . While worshipping the liturgical Christ people could not hear the human Jesus who asked for love to men. Unitarianism is the religion of humanity in the best sense of the word. It has rejected the inhuman and barbaric conception of God and by this brought God nearer to human understanding; it has established a more intimate relation of Jesus [by emphasizing] the value and sovereignty of man. Today it looks as if mankind was on the crossroad not knowing in what direction to move. . . . Our age calls for watchmen who would stand on the crossroad and warn people not to go back to barbarism and bestiality, but to go from views only terrestrial and selfish to cosmic views, from Humanity to Divinity" (Henry, Richard, Norbert Fabián Čapek – A Spiritual Journey, Skinner House Books, Boston 1999, p. 195-196).

You have heard something about the original particularities but in the years which followed its introduction there came first the Nazis (who arrested and killed Čapek in one of their so-called 'medical experiments') and then, when that nightmare seemed over, the imposition of a Communist regime. Now as separate Czech and Slovak Republics they face, of course, new and still challenging particularities.

But what of today's twenty-first century British particularities to which we must carefully relate this service if it is to be anything real and substantive?

Well, as I said at the beginning of this address we are nationally facing the prospect of the collapse of our liberal religious tradition at the same time as we are seeing an increase in the number of extremely illiberal religious voices in our culture. Coupled to that is the re-emergence of active and extremely effective extreme right-wing parties across Europe. There are more examples I could add at this point but these two will suffice for me to make the claim that, just as taking a flower from Čapek’s vase in 1924 entailed risk and courage, taking it today, if you really understand what it means, still entails risk and courage. Taking a flower from this vase is not to engage in some pointless piece of nice liberal fluffy-bunny stuff and nonsense but to witness to your real intention to stand up to and face down the fascists, racists, religious and political bigots and extremists that are increasingly finding a place in our European societies.

This is the hard, present particular reality of this service but, as you take a flower I ask you to remember that we also touch something strong and gentle, that is nothing less than the hope and vision that lay at the heart of Čapek's faith, those of the Czechoslovak (and now Czech) Unitarians and, I hope, the faith I try to encourage in myself and all of you. I can do no better than conclude with Čapek's own words on what this vision was and remains:

"My conviction is that my life has meaning and purpose if I live in God and for God . . . Anytime I want something only for myself, and anytime I hesitate to forgive, tolerate, suffer for truth, or sacrifice for goodness — it is me in separation from God. But anytime I want only truth and goodness and enjoy goodness and truth wherever it appears, and anytime I roll up my sleeves to start work that will serve the human whole and the world to progress so that everybody will live and breath in a better way — it is God in me, who is in all other people in the same way. Then God’s spark glimmers in me which is connected with all others in the whole universe as the source and substance and manifestation of the eternal fire, the fire of God" (Doláck, P., The Theology of Norbert Fabián Čapek, Faith and Freedom 54, part 2, no. 153, London 2001, p. 129-130).

For those interested in following up something of the contemporary relevance I see in the Czech Unitarian experience see my chapter The Religious Society of Czech Unitarians (RSCU) and the construction of Czech National identity in The Religious Roots of Contemporary European Identity: Faltin, Lucia and Wright, Melanie J. (eds), Continuum Press, London 2007.

I thought there was something in the flower communion about the importance of the flowers being different from each other? That, because I brought a daisy and you brought a dandelion, we take home each other's flowers and meditate on the benefits of diversity and the need to appreciate everyone else's unique talents and experience and not just try to mould them to what we think they ought to be like. That, to me, is a very important aspect of the idea of flower communion, because Unitarianism is a "congregation of experiential humanity" (The Spiritual Revolution, Heelas and Woodward, 2005) which celebrates diversity as well as humanity.
8 June 2009 at 15:15

Yewtree said…
On the subject of particularity, I have just seen this about evangelical Christians fasting for Ramadan and thought you might find it interesting; the author concludes that it just doesn't fit.
25 September 2009 at 14:33 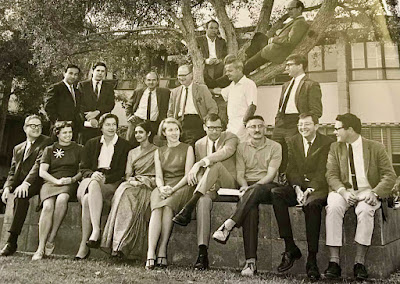