A Transport of Delights at Shepreth and Barrington 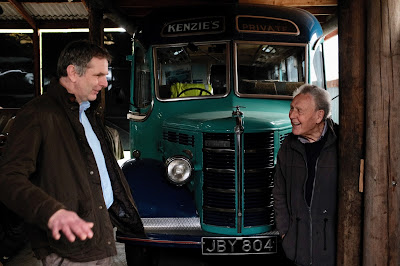 Last week an old college friend of mine and I took a walk from Shepreth to Harlton via Barrington. As we set off we passed by Kenzie's Coaches and met the owner Cyril Kenzie who told us he was just about to celebrate his 90th birthday. Many happy returns! He kindly took us into one of his garages to show us his splendid Bedford OB Coach. In the first picture in this post you can see my friend Graham and Mr Kenzie sharing an obscure coach related story. Underneath the general picture of the yard below you can also see a short film of showing Mr Kenzie driving the same bus around Shepreth in 1994. Marvellous stuff.

Then, as if that were not enough of a transport related delight, as we drove back to Cambridge at the end of the walk I took Graham via the former Cement Works at Barrington where, much to our delight, we saw a Freightliner Class 66 locomotive (Viridor) taking a surprising number of trucks out of the quarry before the site is redeveloped. (Update 18/05/2018: I presumed the trucks were going for scrap before the redevelopment but see the helpful comment below for more information about what was actually going on). I've posted a few photos of that train below too for your pleasure. And, lastly, below them, you'll find a link to Flanders and Swann's wonderful song A Transport of Delights from which this post borrows its title.

All photos taken with a Fuji X100F. Just click on a photo to enlarge it. 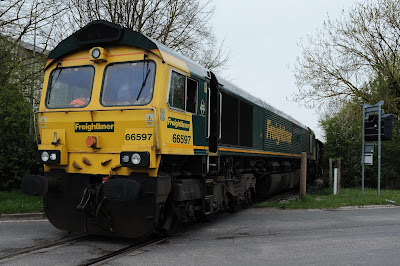 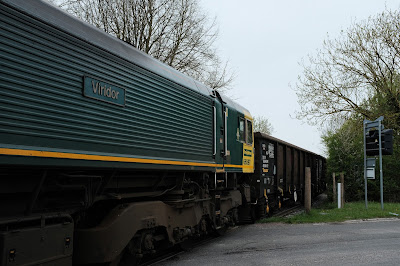 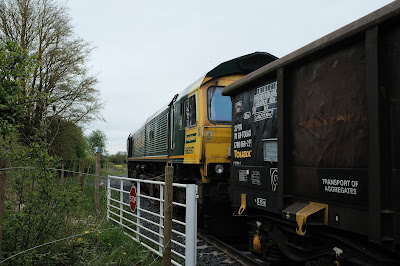 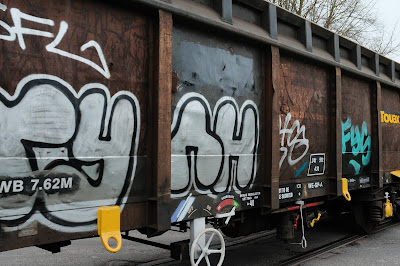 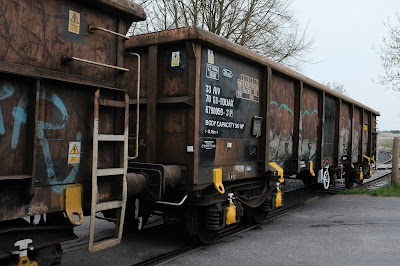 John Wakefield said…
The train on the Barrington Cement works railway was not taking scrap trucks from the site, but was on of many such trains taking spoil from the London Cross Rail Project to the old Barrington quarry to be used as back fill.
The film about Cyril Kenzie and his OB was shot by myself on one of the annual Shepreth Open Garden Days.
18 May 2018 at 09:35

Thanks for writing and letting me know what the train was up to. Much appreciated. Thanks, too, for making the film. Mr Kenzie may now be slower on his pins than he was in your film he's still a very lively and active character. He was very keen to show us the OB and we, in turn, were keen to see it. My friend and Mr Kenzie are laughing about some obscure story connected with coachwork, what else is there to talk about on such occasions . . .

Best wishes and thanks again.

John Wakefield said…
Sadly Kenzies Coaches closed down on 30th August 2019 after 72 years as there were no younger members of the family to carry on the business. Cyril still has the OB JBY804 and some other heritage coaches.
2 September 2019 at 14:33

Thanks for letting me know the news, sad though it is.

Every best wish as always.