A piece of autobiography

“The midmost hangs for love”

Taking the time to look back at my own life of faith in order to write this piece I became aware just how deeply it is related to the beautiful, liminal, “in-between” physical landscape in which I grew up. The Essex coastal village of Kirby-le-Soken with its complex network of creeks, mudflats and salt marsh exists seemingly forever in between earth, sea and sky. The places where I most often walked and cycled were not quite solid land, the places where I learnt to sail were not quite sea. As I write I am struck by the fact that the Cambridgeshire Fens in the midst of which I now live and work are strikingly similar in so many ways.

Standing in the heart of that Essex landscape was the parish church of St Michael’s where I became a faithful choirboy and bell-ringer. Within its walls I imbibed deeply the stories and prayers, music and hymns of a very English kind of Christianity.

Although this could easily have led me to develop a rather conventional, traditional Anglican faith, from my choir stall on the south side of the chancel I had clear sight of an unusual east window. It did not show the crucifixion but, instead, three touching scenes from the life of Jesus as he engaged compassionately with three women: the Mary who chose the “good part” (Luke 10:42), the woman with a haemorrhage (Matthew 9:20) and Martha (John 11:21). The window told a human, this-worldly story, that often contrasted strikingly with the complex, other-worldly metaphysical claims concerning original sin, crucifixion, resurrection, redemption and salvation that I heard preached from the pulpit. In my choir stall week by week I found myself sitting in between these very different visions of Christianity and, like Jesus’ mother, I kept all these things, and pondered them in my heart.

Of course, not all of my pondering took place in the choir stall; much of it occurred in the landscape I have already mentioned and beneath its wide-open skies, on my bike or in a little sailing dingy, I developed a deep and enduring love of the natural world. Inevitably, a great deal of my pondering also took place in school where I was gently inducted into the sceptical but, nevertheless, exciting world of secular modernity. While there, although I developed an interest in the natural sciences I was drawn most strongly towards English Literature. The key figure to whom I was introduced was the poet A. E. Housman. His poem “Easter Hymn” (one of only two he wrote about Jesus) had a profound effect upon me because in it he articulated the same kinds of thoughts about Jesus I was beginning to have. It is not insignificant that the poem was described in my schoolboy edition of the text as being a liminal work, “a suspended judgement, which threatens at any moment to come down on the other side”:

If in that Syrian garden, ages slain,
You sleep, and know not you are dead in vain,
Nor even in dreams behold how dark and bright
Ascends in smoke and fire by day and night
The hate you died to quench and could but fan,
Sleep well and see no morning, son of man.

But if, the grave rent and the stone rolled by,
At the right hand of majesty on high
You sit, and sitting so remember yet
Your tears, your agony and bloody sweat,
Your cross and passion and the life you gave,
Bow hither out of heaven and see and save.

By the time I reached the age of twenty-one I had, however, come down on the same side as did Housman: Jesus had died upon the cross, he was not resurrected, he was not God and he did not, nor ever would, “Bow hither out of heaven and see and save.” Like Housman, my picture of the universe had begun to look and feel more like that expressed by his own classical hero, Lucretius, the Roman poet and follower of Epicurus, whose sublime poem “On the Nature of Things” expresses the transient joys and wonders of a completely natural universe in which our redemption as mortal beings is not from the world, but one found in it. [Follow this link if you'd be interested in reading a short essay about poem no. XXXII from Housman’s A Shropshire Lad in which he sums up his Lucretian view of life.] Since that time, along with Housman’s poetry, both Lucretius’ poem and Epicurus’ philosophy have become as important to me as the gospels.

When I left school I pursued a career in music and, in the countless in-between places which as a professional musician I so often found myself (hotels, tour-buses, planes, green-rooms, pubs, clubs and concert halls), I had plenty of time to continue my pondering. During that period I discovered that the only churches where one could serve faithfully and openly such a human Jesus were Unitarian and Free Christian ones. I was extremely fortunate that by this time (1992) I was living in Suffolk and so was able to join the congregation of the Ipswich Unitarian Meeting House under their minister Cliff Reed. Inspired by what I found, five years later I began to train for the ministry at Oxford University (Harris Manchester College).

Beneath its dreaming spires I had the time to ponder even more deeply than before questions of faith and belief and I particularly took to heart the work of Benedict Spinoza. Then, as I was leaving the city for that other place in the Fens, my attentions began decisively to turn towards Nietzsche, Heidegger, Wittgenstein and Ernst Bloch. My encounter with their thinking and its profound consequences (especially “death of God” theology) coupled with the realities of a contemporary western European liberal religious ministry slowly led me to see that the absence of a foundational (i.e. a monotheistic, metaphysical) God, rather than being a disaster, actually began to open up access to what felt, and still feels, to me to be richer and more relevant ways to understand creation, and to encounter and talk about what we call the divine, the holy and the sacred.

I have come to see that, even when all of the metaphysics of conventional Christianity have been let go, there still remains the bright and shining example of the human Jesus, the one who, as Housman wrote in “The Carpenter’s Son”, “midmost hangs for love” between two poor fellows hung for theft. His example of selfless human love for others is, for me, enough, and I have found that Jesus continues powerfully to claim from me an appropriate loyalty and discipleship. However, I recognise that this is a very liminal kind of faith; that I have come deeply to inhabit it in yet another liminal physical landscape, the Cambridgeshire Fens, seems somehow very fitting. All I can say is that this in-between world of a very English kind of Christian atheism (or religious naturalism) feels for me like the right place to be and I can say that its boundary “lines are fallen unto me in pleasant places; yea, I have a goodly heritage” (Psalm 16:6). 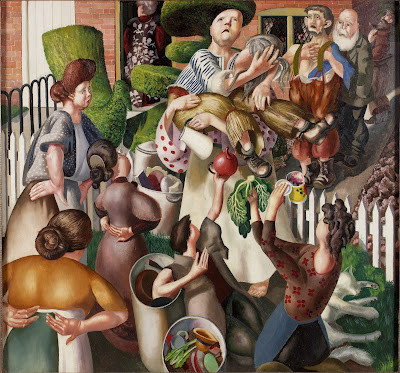 Gold, frankincense and myrrh or a teapot, an empty jam tin, and a cabbage leaf? A short, secular religious thought for Epiphany 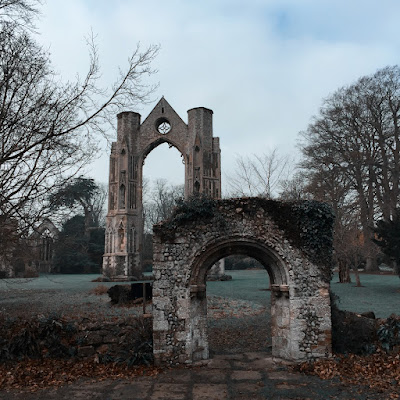 Beautiful ruins — stronger by weakness, wiser we can become