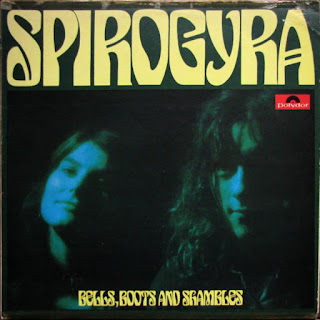 I'm now into my third inspirational and restorative (or rather re-story-ative) year of exploring, in depth, the many of the pathways into the British folk-music scene that has been so evocatively and informatively written about by Rob Young in his book, Electric Eden: Unearthing Britain's Visionary Music. You can read an article about it in the Guardian at this link. I came to his book already knowing lots of the classical music with which he begins, composers such as Delius, Moeran, Holst, Vaughan Williams, Ireland, Warlock, Boughton and Bax and also lots of the music of bands such as Pentangle, Traffic, Fairport Convention, The Incredible String Band and singer-songwriters like Nick Drake, Donovan and Roy Harper. But, at almost every turn of every page, I found I was jotting down this or that name I had not heard of before to follow up later on. This has been going on, as I have just noted, for three years now and I'm nowhere near through all of the people and bands Young references.

The band I've been particularity exploring (and enjoying immensely) this week is Spirogyra and, today, the record that was on repeat play as I worked away at tomorrow's address was their third LP, Bells, Boots and Shambles from 1973. It's themes and moods seemed to be an appropriate accompaniment to my own theme and mood, particularly the final set of connected songs called In the Western World, the lyrics of which I reproduce below a YouTube video of that track. In what way this final set of songs might be related to my address about re-story-ation will have to wait until the publication of that tomorrow afternoon. But really, that's by-the-by, because the song stands perfectly well on its own.

In addition to the members of the actual band (Martin Cockerham, guitar and vocals; Barbara Gaskin, vocals; Steve Borrill, bass; Julian Cusack, violin, piano, arrangements; Dave Mattacks, drums) you'll also hear playing Henry Lowther on trumpet and Stan Sulzman on flute, both of whom I've been very lucky to have played with myself.


In the Western World
by Martin Cockerham

I wake my days, look at the world
How it laughs at a man who can have no place
Put on a smile, into the streets
How they ache for the smell of a sunny field
But still machines, they grind
And life is harder now than it has been before

They say you're mad, look at the wealth
In the western world for a boy with brains
Please come with us, we'll buy your soul
With the privilege of a chosen few
And so machines, they grind
And life is harder now than it has been before

We came away from the sea
There was you, there was me, there were others
We made a home on the land
Where we found we could stand in the sunlight
Nearly there, nearly there

We fought for life in the gap
Where we found we'd a knack for survival
All forms of life were controlled
They were bought, they were sold, they were smothered
Nearly there, nearly there

If life is a plight in a jungle fight
Must we now turn on our brothers?
If life is a case of strong and weak
Will the strong now devour all the others?
Or themselves?

There is no room anymore
Nowhere left to escape, no evasion
There is no choice anymore
We must now learn to live with each other
Or implode, or implode

If life is a plight in a jungle fight
Must we now turn on our brothers?
If life is a case of strong and weak
Will the strong now devour all the others?
Or themselves?

A knight in arms, a knight in dark
As he turns we are digested
A face lit up, beyond despairing
This voice that was rejected

A strange recluse, this thought elusive
We cheated with excuses
Amid the rush of evil forces
Abusing our resources

Coming back from below through all these years
At last I hear the bells
Coming back with winds that fill the sails
Of rags, defeat and fools

Coming back the tide that can't be stopped
The wheels that always roll
Coming back with winds to fill the sails
Of rags, defeat and fools