Behold, I have graven thee upon the palms of my hands - Mother love all the way down 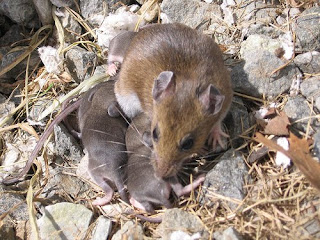 "Can a woman forget her sucking child, that she should not have compassion on the child of her womb? Yea they may forget, yet I will not forget thee.  Behold, I have graven thee upon the palms of my hands"  (Isaiah 49:15-16).

These two verses are found in the book of Isaiah and they speak of the way in which he thinks God loves his people.  If you are able to maintain a genuine belief that God exists and intervenes in the world in the way Isaiah believed then these words will suffice and you won't need me to say anything further one way or the other - God will not, it is promised, forget the faithful. However, if you do not so inclined to believe - and the new British Social Attitudes survey reveals the vast majority of people in the UK are not - then these words can bring you no hope - except, perhaps, the false hope that wells up when whenever one elegaically recall the days of yore when our culture was Christian and faith in a such providential god struck us all with the force of inevitable knowledge.

However, something in these words does seem to me to speak of something genuinely real, substantial and ultimately trustworthy - something that does strike many of us in our skeptical age with the force of inevitable knowledge - and that something is mothering. As an illustration of what I mean I turn to a story you may remember I told a couple of years ago. It was  told to me by my friend, the philosopher, Victor Nuovo:

"Some weeks ago, I was loading a cart to carry my recycling down the driveway. It looked like rain, so I though it advisable to cover it with a tarpaulin, to keep the paper from becoming rain-soaked and hard to handle. The tarpaulin lay rolled up beside the cart, where it had been for some weeks. When I unraveled it, I discovered that a mother mouse had made her nest in it; there she was nursing her brood. She was terrified as were her nurslings, whose eyes had yet to open. They clung to her teats not, in this instance, to suckle, but because they found security there. She tried to cover them with her body. They were as one being. It was a beautiful sight, and yet heartbreaking. I had absolute power over them. I could have killed them, and perhaps I should have. But I could not. Instead, I set them gently on a flat shovel, and carried them to the edge of the yard and set them down in some undergrowth. Once there, the faithful mother mouse moved away, her nurslings still clinging to her breasts, and found shelter. Oh how I wished that I might make all beings in the world safe! But I am not the king of love, or a faithful shepherd. And there is no such power. There is only mother love all the way down."

In the face of this sight Victor cries, as perhaps most of us would, "Oh how I wished that I might make all beings in the world safe!" But we know we cannot do this and many of us also can no longer accept as inevitable knowledge that an external power we used to call the "king of love" or the "faithful shepherd" - and who bore the name of God or Jesus - is going to intervene to save all the world whether in the form of a mother mouse, you and me, the people of Haiti and Chile, or those people who will be struck down by the next major disaster whether caused by the stupidity of humanity itself or as a result of other natural forces.

BUT - and it is a 'but' of monumental size - BUT, as we look at the mother mouse her behaviour does strike us with the force of "inevitable knowledge" - we intuit that it is simply in the "nature of things" to love in the way the mother mouse does.  As we see this sight it seems reasonable - we may even feel "forced" to say that mothering seems truly "graven on the hands" of Nature itself (remember lying in the background of this thought is my predisposition towards Spinoza's naturalistic philosophy and his use of the evocative term Deus-sive-Natura, that is to say God-or-Nature - where the 'sive', the 'or', is one of equivalence). Anyway, mothering presents itself to us, thanks in part to the insights we have gained through our scientific endeavours, as a natural, emergent quality of the universe.

That we as human-beings can sometimes abuse each other in terrible ways which distorts this natural, emergent instinct is secondary to my point today but it, perhaps, explains the horror we all feel when we see or read about the behaviour of an abusive mother (or father) towards her (his) children. Such behaviour strikes us with the force of "inevitable knowledge" as aberrant. To be sure, if we take the time to understand that this behaviour is nearly always rooted in a person's own suffering and experience of abuse and, therefore, their own lack of good mothering, then we can see they deserves our sympathy and support but we also know - as definitively as anything we can ever know - that this behaviour *is* dysfunctional and wrong (as was, of course, the behaviour that formed her).

But aside from this important caveat whenever we see good mothering we understand, as Victor reminds us that, although we cannot all be mothers "we can all learn to love like this, tenderly, faithfully, steadfastly, in a way that nourishes, that gives life, that comforts, that seeks to set free, as though we were all mothers to each other." Mothering - in the widest sense - is something we all engage in.

Now Victor's story has the benefit of being one that has its centre creatures we find naturally cute and lovable - they have an undoubted "Ahhh" factor about them. But life is not always about fuzzy cute animals. Often it's about us (who are very complex beings) and our many limitations and  dysfunctionalities which I have already pointed with the example of the abusive mother (or parent), but it is also about our simple natural physical and mental limitations. Continuing my recent close reading of Mary Oliver's work I came across this  powerful poem about her own grandmother entitled"In Praise of Crazyness, of a Certain Kind":

On cold evenings
my grandmother,
with ownership of half her mind -
the other half having flown back to Bohemia -

spread newspapers over the porch floor
so, she said, the garden ants could crawl beneath,
as under a blanket, and keep warm,

and what shall I wish for, for myself,
but, being so struck by the lightning of years,
to be like her with what is left, that loving.

To be sure one can imagine - in fact I have seen - people in their degeneration (whether through age, drink, drugs or complex forms of social deprivation) exhibit forms of behaviour that are not at all close to mothering. But time and time again, even in these contexts, I see a mothering instinct come out in simple cares and concerns shown by friends and carers (professional and lay) for one another. No matter how bad things get it appears that mothering in one form or another appears. It is, surely, a reasonable and well-founded hope that, even if almost nothing else is left, there is this loving.

When we are in poetic mode - always ensuring that we don't allow our poetic expressions to degenerate into forms of naive theological realism - we might be inclined to use the image of God-or-Nature as mother. If we are attracted to the idea that God-is-love then, since 'mother-love' is a truer (or at least better) image of love, might we consider using the poetic personification of God-or-Nature as mother more often?

What I present here today is not intended to be some knockdown argument for a non-theistic attitude but I have to be honest (one of the most difficult duties of a minister in the religious tradition to which I belong) - I have to be honest and say that I truly feel I can trust the natural instinct of that mother mouse to protect her children and also, despite her dementia, Mary Oliver's grandmother's desire to show mother-love to the ants in a way I simply cannot trust the god in whom Isaiah trusted. Isaiah's faith was admirable, it was clearly sustaining for him and is still for many, but to me it feels illusory - nothing about it strikes me with the force of inevitable knowledge. But when I turn to the mother-mouse and Oliver's grandmother I feel something with the force of inevitable knowledge that strikes me as real and trustworthy. I'm struck forcibly with the comforting thought that mother-love is something graven on the hands of nature and, in seeing that, do I not see that it is mother-love all the way down?
Email Post
Labels: Christian Atheism Deus sive Natura Isaiah Mary Oliver mother love Spinoza Victor Nuovo
Andrew James Brown
My name is Andrew James Brown. I’m a philosophically/theologically inclined writer with sympathies towards Shin’ichirō Imaoka’s understanding of free religion (自由宗教), Christian atheism, D. G. Leahy’s “thinking now occurring for the first time”, a Lucretian inspired religious naturalism, new materialism and Kyoto School philosophy; also a photographer, cyclist, walker and jazz bass player. In addition to this, I’m the minister of a small, liberal, free religious community in Cambridge (UK)

Whilst on the subject of women, have you thought of blogging for Ada Lovelace Day about women in technology? (I have already bagged Cecilia Payne-Gaposchkin, Unitarian woman astronomer.)
16 March 2010 at 23:13