Life is not in things; rather, things are in life 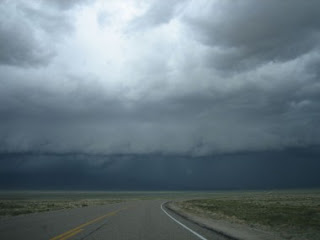 Please do recall that this address is offered particularly in the context of the previous three addresses which are exploring what we might do in the shadow of what has come to be called in western European and north America "the death of God":

Those images of gods in the ancient land, them, it is true, I may not invoke . . .

Astonishment or surprise? - or riding the crest of the world's continued birth

To live in this world you must be able to do three things . . .

One of the hardest things to do in the world is to reveal the unthought thoughts that so silently and invisibly shape the way we see the world. These unthought thoughts are passed on to us by our various cultural traditions. Now tradition is mostly imagined as weighty, visible and obvious - stuff that enlivens our imagination and gives us a sense of history or meaning or, alternatively, heavy baggage we ought to be rid of. So we can think, for example, of the traditions of state and church and can point to prayer-books, rituals, hierarchies, power-structures and impressive buildings. All of these things are visible and so can be addressed and criticised in various ways. But this visible stuff is really only the tip of the iceberg - 9/10ths of tradition remains below the surface. In Being and Time Heidegger noted that:

"When tradition . . . becomes master, it does so in such a way that what it 'transmits' is made . . . inaccessible . . . [and] becomes concealed. Tradition takes what has come down to us and delivers it over to self-evidence; it blocks our access to those primordial 'sources' from which the categories and concepts handed down to us have been in part quite genuinely drawn. Indeed it makes us forget that they have had such an origin, and makes us suppose that the necessity of going back to these sources is something we need not even understand" (Being and Time p.43 [21]).

This coming Thursday is Ascension Day and, as I thought about the story yesterday, I realised that it is a story (Acts 1:1-11) that can be used to reveal how tradition can transmit such concealed thoughts.

In the first book, Theophilus, I wrote about all that Jesus did and taught from the beginning until the day when he was taken up to heaven, after giving instructions through the Holy Spirit to the apostles whom he had chosen. After his suffering he presented himself alive to them by many convincing proofs, appearing to them during forty days and speaking about the kingdom of God. While staying with them, he ordered them not to leave Jerusalem,  but to wait there for the promise of the Father. "This,"  he said, "is what you have heard from me; for John baptized with water, but you will be baptized with the Holy Spirit not many days from now." So when they had come together, they asked him, "Lord, is this the time when you will restore the kingdom to Israel?" He replied, "It is not for you to know the times or periods that the Father has set by his own authority. But you will receive power when the Holy Spirit has come upon you; and you will be my witnesses in Jerusalem, in all Judea and Samaria, and to the ends of the earth." When he had said this, as they were watching, he was lifted up, and a cloud took him out of their sight. While he was going and they were gazing up toward heaven, suddenly two men in white robes stood by them. They said, "Men of Galilee, why do you stand looking up toward heaven? This Jesus, who has been taken up from you into heaven, will come in the same way as you saw him go into heaven." (NRSV)

The story, as we inherit it via our Christian tradition - and actually also any atheistic tradition that has shaped itself in opposition to Christianity - is one that encourages us to reflection upon the concepts of 'up' and its inseparable twin 'down.' Related to these concepts are, of course, ideas of earth and sky and, for culturally inherited reasons, the mention of earth and sky (especially in a broadly liberal Christian context such as this) also tends to make us think of heaven and earth, and so of an associated idea that they are somehow divided and, therefore, different and divided realms of existence.

As we inherit the Ascension story this division seems obviously to be central to the story: a discrete, divine individual Jesus walks upon a discrete place (earth) and, having redeemed this earthly realm by his own unique sacrifice, he then ascends, bodily, to another discrete, individual place - heaven - that hovers somewhere above the earth. It is from this other place that he sends the Holy Spirit to earth and from which he will come at some later, unspecified time, to judge the living and the dead.

But if you bring Heidegger's insight we have just heard to the text then a glimpse of an unthought thought can open up for us a clearing in which there arises a possibility of experiencing what Heidegger wants to call a primordial 'source'.

For there to be two distinct realms in the first place - heaven and earth - there must, naturally and obviously, be a gap between them. But always, always be suspicious whenever you hear (explicitly or implicitly) those words "naturally" and "obviously". The deep tradition to which Heidegger points is precisely what allows somethings become "obvious" and so ignored and not spoken about.

Now this gap between earth and heaven is very interesting. We need to ask is this space really empty? Of course not! The weather fills it as do other beings such as birds and, according to the Christian story at least, the occasional descending and ascending divine being. But the weather doesn't fill the space because it IS this realm. But, as we shall see, when we think about this realm we find that it interpenetrates the other realms and so breaks down the very conception that there are (or can be) different and discrete realms such as heaven and earth.

To help show what I mean it is helpful to use a manner of speaking with which some of you will already be familiar, namely to think of wind and weather not as nouns (discrete things marked off from other types of discrete) things but verbally as windly-being or weatherly-being. Unlike other more apparently solid things and ways of being such as, say, humanly-being or mountainly-being, we can see and feel that the wind and the weather are not at all discrete entities that are in any way closed in on themselves. Their 'boundaries' -- that is to say the point at which they begin or cease to be a certain kind of wind and a certain kind of weather -- is not at all clear. Each state of windly and weatherly-being flows imperceptibly into another. In other words once thought about there exists no absolute boundary between different states.

Even when this windly- and weatherly-being meets head-on what we tend to think of as more obviously solid and distinct ways of being, such as a mountain or a person, this interpenetrating process does not stop. The wind and rain will always be 'penetrating' the mountain; the wind and rain is always 'entering' our humanly-being in a variety of ways and not only physically through our skin, for the wind and weather also affects us emotionally and psychologically. Anyone who has walked for any length of time in the open air will know that the currents of the air and the weather affect the currents and weather of our humanly-being. The philosopher Maurice Merleau-Ponty wrote:

As I contemplate the blue of the sky I am not set over against it as an acosmic subject; ... I abandon myself to it and plunge into this mystery, ... I am the sky itself as it is drawn together and unified, ...my consciousness is saturated with this limitless blue (cited by Tim Ingold in the Journal of the Royal Anthropological Institute (N.S.), S19-S38, 2007 p. S.28).

This observation should make us ask just exactly where does windy- and weatherly-being stop and mountainly-being and humanly-being begin? I don't know about you but, try as I like, I have never been able to find any real break, any real space between any of these things. I consistently find that I am, indeed, the sky itself, this stone, this wind -- not because I am the sky, the stone and the wind, but because there is always this reciprocal commingling in an unbroken continuity. I find I am always already fully in the world - I find no simple, discrete worlds such as heaven and earth - but only a dynamic, interpenetrating world.

Yet we all know how easy it is to forget this interpenetrating way of being that is this intimate comminglement in the world. As the anthropologist Tim Ingold notes, "a habit of thought . . . leads us to suppose that the world is inhabited by entities that are already closed in upon themselves [and] prevents us from seeing that life can be anything other than an interior property of things" (ibid. S. 31).

Our tradition has trained us to think this way and our stories and/or our reading of them tends to reinforce this. We don't even notice we are thinking like this because it has become so "obvious" to us (i.e. we just accept this and not to question it - to let it be an unthought thought) that the world is inhabited by entities that are closed in upon themselves whether that is you, me, birds of the air, lilies of the field, Jesus and the clouds which obscure him from view. And the earth itself becomes a discrete entity closed in on itself and which sits alongside another closed in discrete spiritual entity, namely heaven. But a consideration of the weather-world makes Ingold say that (and this is a key insight):

"Conceived as the creative potential of a world-in-formation . . . life is not in things; rather, things are in life, caught up in a current of continual generation."

As Ingold also observes, if you think like this then your attitude becomes characterized by "openness rather than closure" and it encourages in us a "sensitivity and responsiveness to an environment that is always in flux."

Considering the weather-world like this we are enabled to see one of our culture's great unthought thoughts which is that the world is believed to be made up of entities that closed in on themselves with life merely being a property of only some of those things. When we can see through this 'blockage' we are opened up to a very primordial source of understanding, meaning and intelligibility. What is more this source is not one that is reliant upon the gods of old who were themselves closed in on themselves in a heavenly realm (itself closed off from us and our world) but one which is open, dynamic and all-embracing. We see that our world is life and we are in it.
Email Post
Labels: ascension Being and Time commingling Death of God Heidegger Jesus Maurice Merleau-Ponty Tim Ingold weather world
Andrew James Brown
My name is Andrew James Brown. I’m a philosophically/theologically inclined writer with sympathies towards Shin’ichirō Imaoka’s understanding of free religion (自由宗教), Christian atheism, D. G. Leahy’s “thinking now occurring for the first time”, a Lucretian inspired religious naturalism, new materialism and Kyoto School philosophy; also a photographer, cyclist, walker and jazz bass player. In addition to this, I’m the minister of a small, liberal, free religious community in Cambridge (UK)