One Step Backward Taken – the therapeutic value of fear 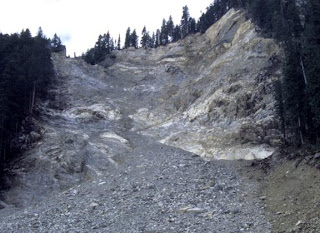 Last week I looked at how we might honestly use Jesus' memorable teaching, 'I am the light of the world. Whoever follows me will never walk in darkness but will have the light of life' (John 8:12) and did it, in part, via Mary Oliver's poem 'The Buddha's Last Instruction' in which she reflected upon his teaching "Make of yourself a light". She discovers two things, 1) that she is "not needed" and 2) that despite this, in the natural light of sunrise, she feels herself "turning into something of inexplicable value." She suggests that it was something deeply related to these two things that the Buddha experienced as, just before he died, he looked into the faces of the frightened crowd that surrounded him. (I'm reminded here strongly of something similar about the story of Jesus on the cross at the end of John 19:25-27). I concluded last week by saying:

The message (or at least one important part of the message) of Jesus, the Buddha, Suzuki and Oliver (and me!) is that YOU are of inexplicable value - YOU are that light of life - but to experience it, to become that light, requires that you commit yourself to a real spiritual discipline whether it be sitting or following the example of Jesus. That is, at times, a hard and difficult work but only when you do this work will you begin to leave the crowd of frightened people and begin to start "the real work" the "What is to be done."

So last week - although there was the headline 'good news' that 'you are of inexplicable value' there were also two things that were less obviously good news - that you are not needed and that there exists the fear we share with the crowd - a fear that we all hope we may be able to leave behind.

But I have long felt that there exists a positive therapeutic role for fear and the recognition that we are not needed. (Epicurean philosophy had a lot to say about this.) To explore this I'll return to a poem I have used before, Robert Frost's (1874-1963) 'One Step Backward Taken' from his 1947 collection 'Steeple Bush':

Not only sands and gravels
Were once more on their travels,
But gulping muddy gallons
Great boulders off their balance
Bumped heads together dully
And started down the gully.
Whole capes caked off in slices.
I felt my standpoint shaken
In the universal crisis.
But with one step backward taken
I saved myself from going.
A world torn loose went by me.
Then the rain stopped and the blowing,
And the sun came out to dry me.

As most of you will know a cliff top is a wonderful place to be on a sunny day in every season. The stunning view stretches out in front of us and this enlarged physical vision can - and often does - give us a parallel sense of an expanded inner being and consciousness. But, on a stormy day with lowering clouds, heavy rain and high winds our vision is far from enlarged and the world shrinks to our immediate and perilous vicinity. We become aware, not of the largeness of our selves but our smallness. As boulders and mud begin to slide and the ground beneath our feet begins to give way, we become acutely aware of our utter vulnerability as sentient beings. Our softness is suddenly brought, potentially at least, into direct contact with the hardness of the stone boulders now bumping violently together down the gully. We know only too well the outcome if rock and body were to meet. Such a thought necessarily induces in us a profound sense of fear and dread such that we recoil and take one step backwards. It may be only one step but, today, it is enough, it saves us from going and the boulders and mud pass us by.

But our standpoint has indeed been shaken. Not only our physical standpoint but also our inner one which all too easily allows us to believe that we (either as individuals or a species) form the centre of the universe. But, as the mud and rock tumbled past us, we saw in an instant and very clearly how far from being central and needed we are - and that, in the first instance, can be dreadfully frightening.

But that is to put things only negatively because, as the rain and wind stops and the sun comes out to dry us we have the time and inclination reflect on what has just occurred and, if you are a poet, philosopher or a minister, to write a poem or an address in response.

In these enforced moments of reflection there can (should) begin a process of developing true wisdom. In the warmth of the sun, thankful for our continued existence, we are able to face the 'pragmata', the hard facts of Nature with some equanimity, and begin the positive process of understanding that in truth they and we belong together, we are both part and parcel of Nature. Such a meditation helps us better able correctly to locate ourselves in life and understand our mortal nature.  (cf. David Armstrong in Philodemus, The Herculaneum Papyri, and the Therapy of Fear in Gordon and Suits' Epicurus - his continuing influence and contemporary relevance, RIT Cary Graphic Arts Press, New York 2003, p. 39). And so, through the use of an initial and justifiable fear we are helped to achieve wisdom and to develop a deep calmness in the presence Nature whether she comes to us under the guise of loving and creative Venus or warring and destructive Mars.

I know of no better summary of this way of thinking than one written by J. E. Carpenter (d. 1927), a key figure in the founding of this church, an important early figure in the comparative study of religions, and sometime Principal of Manchester College, Oxford. He was a great lover of hill walking and of mountains and so knew, first-hand, the kinds of incidents Frost spoke of in his poem. Carpenter wrote:

"Without any jugglery in keeping ugly and difficult facts out of sight, in full view of all that suffering can do, it is also possible to alter its emphasis, according as we concentrate our attention on its incidence upon ourselves, or sink our own pain in the mighty order that envelopes us. Look out then upon the world, behold its infinite energy, its multiform life, will you side with it or against it? Those who have truly felt the vast sweep of its immensity do not loose reverence for it even though it crush them as it passes by. To have any place in it fills them with wonder; even though it touch them only to wound, they gaze at it not with resentment but with awe."

Many in today's world, and that includes me, can no longer put our faith in the existence of a transcendent personal God or another world where everything will turn out fine, dandy and perfect. (A number of my recent addresses have been tacking this matter from other perspectives.) This means we have to look to this natural world for the joys and meaning we once might have sought in a personal God or heaven above. This means that Carpenter's question remains powerfully relevant to us, namely, as we look out upon the world and behold its infinite energy and its multiform life, are we going to side with it or against it? If we choose to side against it, then I think we will quickly find there really is nothing left for us. But, if we can find practical and celebratory ways to side with it then the door is opened to us to a life full of meaning and beauty (of inexplicable value). We need not worry our delight in summer is merely shallow because our wonder is not dependent on Nature only showing us her beautiful face. Our new wonder will not cease even when life wounds us because we will have learnt to simply to be gratefully commingled in her. We will have moved from an irrational fear of Nature to awe of her. This is an important move towards wisdom. Nature doesn't become less dangerous but we will become more careful and respectful of her. Through its therapeutic value as an encouragement to deep reflection our fear has been turned into knowledge and thence into awe and wonder. Fear may have caused us to take one backward step but, in another way, we have taken an important step forward.

Such an attitude takes, of course, a long time to develop; it is a philosophy that has to be deeply lived, not merely heard and superficially adopted as just another theory about the world. As good news it can't merely be heard it must be done. And so here I end up exactly where I ended last week by saying this work is I know at times hard and difficult, but what makes it a genuine 'good news' (evangel) is that when we do this work we begin definitively to leave the crowd of frightened and are enabled to start the real work - the what is to be done - which is to have life and abundantly.