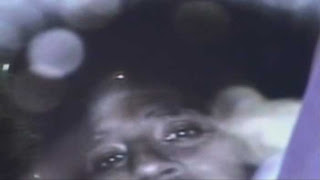 A line from that craggy, odd and compelling series of three ancient books collectively entitled "Isaiah" came back to me this week as, along with millions of other people, I watched the remarkable rescue of the trapped Chilean miners: “Listen to me, you that pursue righteousness, you that seek the LORD. Look to the rock from which you were hewn, and to the quarry from which you were dug” (Isa 51:1).

Despite the fact that there are some very pressing questions to be asked and answered about the working conditions and general safety of miners in Chilean mines (and indeed elsewhere) - and I’ll end with some thoughts about that - it is clear that this event has been a wonderful and truly uplifting one and, here, I want to articulate a celebratory religious response to these events that is appropriate to those who simply no longer find a traditional understanding of the language of the gods/God persuasive.

The reason I feel I must do this is twofold. The first reason is simply to do with certain facts in Chile itself because, as anyone who has followed this story from the beginning will have realised, this amazing rescue quickly developed a strong religious aspect (see this Guardian article)

Of course, in a general way, it should come as no surprise that in a country still very Christian (primarily Roman Catholic) in outlook God has been invoked almost at every turn. But I first became aware of something ‘more’ than the ‘usual’ when, after the 33 (“los 33 - los treinta y tres”) had been discovered alive one of them, Franklin Lobos, told his brother that when the mine collapsed filling the chamber with dust and so plunging it into utter darkness there appeared to him a "white butterfly" which led him to safety. Franklin’s brother, Manuel, said  “Imagine, a little white thing flitting through all that, leading him to the others. It was a miracle. A pastor told us that this was an angel.” And so an angel it became and at Camp Hope, as the rescue attempt progressed, three rival groups of clerics (Evangelical, Adventist and Catholic) began in different ways to claim credit for the “miracle” not only of the butterfly but the entire discovery and ultimate rescue of the miners. To this we may add the fact that many of the miners’ first actions on reaching the surface included giving thanks to God in very moving and visible ways.

Given this invocation of God for me, and perhaps for you, alongside my visceral joy there rose up an inevitable set of questions - not only the ones about workers rights and safety issues - but also the old pernicious religious ones. I could pull my punch here, or at least be so nuanced in my comments that you are left not really sure of what I am saying, but I won’t - God, even in the way I try to use the word is, I find, a deeply problematic concept but the concept of an interventionist God who controls guides and judges everything, including whether a miner is trapped, killed or rescued (i.e. the God of traditional theisms) seems to me to be not only troubling but incomprehensible and morally abhorrent.

However, I don’t want to get too precious about this because in the heat of the moment - in the ecstatic joy of release - I think there is a high likelihood that I would myself get down on my knees and give thanks for my rescue - I would in all likelihood “Give thanks to God.” But, although some kind of visceral, immediate human response like this is, I think, absolutely necessary (after all you are not going to pop out of such a situation and expound a carefully thought out philosophical response) it is for me in the end far from sufficient because eventually someone like me will want to have some sense of whether the object of my ‘prayer’ can meaningfully be called ‘real’. For the myriad number of reasons I have explored with you over the past few years it is no longer possible for many of us in our Western European culture and North Atlantic culture to imagine such an interventionist God as being ‘real’ - or if not precisely ‘real’ then, to quote Wallace Stevens poem ‘The Plain Sense of Things’ such a God cannot be “imagined as an inevitable knowledge, Required, as necessity requires.”

So, although I hope I can appreciate the theistic religious response of the released miners and those around them I feel impelled to be clear about the fact, along with James W. Woefel (one of the Death of God theologians) that ‘. . . in my own ongoing struggle to make sense of the Christian context of life- and world-interpretation, I find basic elements of that context which I simply cannot render coherent any longer, and I earnestly wonder how other persons manage to.’

As I watched the miners I felt, really felt, I was sharing with them a basic human joy and thankfulness at release but, simultaneously I found it impossible to render coherent their religious response and Isaiah’s words stung me into thought. What was it, then, for me, who does still try to pursue righteousness and seek God, albeit in ways radically different to my forebears, to “look to the rock from which [I was] hewn, and to the quarry from which [I was] dug? What is my religious response to these amazing events in a time when the language of the gods/God has ceased to be for me persuasive?

Well, if you have come to understand religion as being not about belief and metaphysics but instead about practising a discipline which can make available to us two vital, sacramental energies – the first being that which can limit us in the face of hubris; the second one which can transform us in the face of complacency  (see this earlier post) – then it seems to me that there is a way of viewing these events that can, without invoking a transcendent God, help us tap into these energies.

In this story of the Chilean miners the first energy is most obviously released to someone who is no longer persuaded by the language of the gods/God through a fairly straightforward contemplation of the weight and density of rock. Once nature is moving in the way nature does any sense of being all powerful and the master of her wholly disappears and one’s utter vulnerability and softness becomes instantly apparent to you. Importantly, as anyone who has faced what seems like impending death will know well, this is not simply an abstract mental knowing but a visceral whole-body experience.

Once the dust had literally settled this hubris-destroying experience continued as everyone contemplated 2,300 feet of solid rock either above or below them. Though it is impossible to know what this actually felt like to those involved as we onlookers “looked to the rock”  and “to the quarry” in our imaginations and we could (and still can) begin to enter into this story in a very direct, visceral way. This is so because we have some real sense of what it might be like to be trapped or to have someone we loved so trapped. It is why, of course, the story so gripped so many people around the world.

One might say much more about the first energy as it has individually been released in each of us in our contemplation of the Chilean rock but I’ll leave you to do your own work on this and turn now to the second energy - that which can transform us in the face of complacency. Clearly one way we used to have access to this energy was via the language of the gods/God - but what I am concerned about today is how we might still access it when this language has ceased to be for us persuasive?

In this particular story I would suggest this energy was released to us in the first instance via the skills, knowledge, vision and action of the engineers who could see that our present technology might, just might, be able - not to ignore or diminish the power and weight of the natural world (in this case 2,300 ft of solid-rock) - but to work with the physics of the world so as to find any surviving miners and, possibly, save them. Because he or she had to hand the transforming energy in the form of their knowledge, some engineer took the decision to send a tiny drill down into the rock just to see. The drilling of this small hole went, of course, largely unreported by the world’s media and it was only when that tiny drill came back up one day with a tiny message tied to it that the complacency of mining culture in Chile and our own media and consumerist driven complacency was suddenly challenged.

Yes, thousands of tons of rock had fallen, yes, we could see how powerless we were in the face of this movement of Nature, but now we were all about to be challenged to be undergo a transfiguration for there then there followed, as we now know, the extraordinary rescue affected by the engineers. In a very literal sense all those directly involved began to answer the transformational and salvational question of what it means to contemplate the rock from which they were (about to be) hewn, and to the quarry from which they were (about to be) dug.

The amazing salvific, almost resurrection-like energy the engineers released has had the additional benefit of focusing everyone’s attention on the many dreadful practices that go on in mines, not only in Chile, but around the world.

So, for me, my religious response to the events we have been privileged to witness in Chile last week is found simply in an acknowledgment of hubris-destroying power of nature and in the transformational energy which challenged our complacency which was released by the technical and human achievements of the engineers. It is a religious response which does not require the use of the language of the gods/God.

None of what I have said is to deny the fact that for many of those directly involved in these amazing events the language of the gods/God seems to be the appropriate, even the only one, to use. But for those of us who simply cannot render a traditional theistic religious response coherent any longer and who earnestly wonder how other persons manage to do it, it seems vitally important to be able to share in such a wonderful event as we have witnessed in a way that is religiously honest and appropriate to us so that we may join in giving the deepest and most appropriate religious thanks for the rescue of the miners.
Email Post
Labels: Chilean miners Death of God engineers Isaiah James W. Woefel los 33 miracle O Lovely Rock The plain sense of things Wallace Stevens
Andrew James Brown
My name is Andrew James Brown. I’m a philosophically/theologically inclined writer with sympathies towards Shin’ichirō Imaoka’s understanding of free religion (自由宗教), Christian atheism, D. G. Leahy’s “thinking now occurring for the first time”, a Lucretian inspired religious naturalism, new materialism and Kyoto School philosophy; also a photographer, cyclist, walker and jazz bass player. In addition to this, I’m the minister of a small, liberal, free religious community in Cambridge (UK)