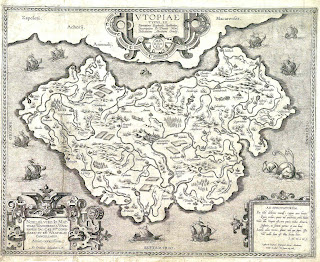 As most of you will be aware the local shops, almost without exception, have been announcing the imminent arrival of Mother’s Day but, as I hope most of you already know, today is in fact Mothering Sunday.

Mothering Sunday is always celebrated on the Fourth Sunday in Lent and was also known as Refreshment Sunday because on it the Lenten fast was temporarily broken and traditional Gospel reading for the day is the 'Feeding of the Five Thousand' (John 6:1–14). The service often ended with a distribution of blessed bread – which is why some German traditions called it 'Brotsonntag' - Bread Sunday. This year it coincides appropriately with our bring and share lunch. The epistle for the day is from Galatians (4:21–31) Like all the Biblical texts just read cold they can appear odd to us today but, with just a little thought, how they have influenced us can still be sensed:

Tell me, you who desire to be subject to the law, will you not listen to the law? For it is written that Abraham had two sons, one by a slave woman and the other by a free woman. One, the child of the slave, was born according to the flesh; the other, the child of the free woman, was born through the promise. Now this is an allegory: these women are two covenants. One woman, in fact, is Hagar, from Mount Sinai, bearing children for slavery. Now Hagar is Mount Sinai in Arabia and corresponds to the present Jerusalem, for she is in slavery with her children. But the other woman corresponds to the Jerusalem above; she is free, and she is our mother. For it is written, "Rejoice, you childless one, you who bear no children, burst into song and shout, you who endure no birthpangs; for the children of the desolate woman are more numerous than the children of the one who is married." Now you, my friends, are children of the promise, like Isaac. But just as at that time the child who was born according to the flesh persecuted the child who was born according to the Spirit, so it is now also. But what does the scripture say? "Drive out the slave and her child; for the child of the slave will not share the inheritance with the child of the free woman." So then, friends, we are children, not of the slave but of the free woman.

This is the reading which provides the day with its central theme, namely, the Mother Church – i.e. in the early Catholic church the cathedral or mother church of the diocese. It was only later when, for various reasons, actual return visits to the Mother Church were discontinued and gifts began to be presented instead, that these gifts slowly came also to be offered to our human mothers - a move which, as long as we don't forget at the same time the value of supporting non-family communities, seems to me a good one.

Indeed, during the last couple of years I have concentrated on exploring this latter aspect of the day using the example of the mother mouse to talk about mother love being an emergent quality of nature. But today, especially since yesterday we had a church away-day exploring themes of community, I'm going to consider again the day's central motif - the Mother Church.

The first thing I would say is that most of us, if not all of us here today, became members of, or have chosen to attend, this church or religious tradition after leaving another behind – sometimes with a natural ease but often with some pain, distress and disappointment. Returning to, or regarding, such a church as our Mother Church would be neither pleasant nor spiritually rewarding. For all their beauty personally, as one born into the Church of England,  I cannot see myself going to Canterbury as a pilgrim travelling home. I could certainly go as an inquiring and curious individual and I would, no doubt, be able to delight in aspects of the history and worship of this place (I've never been) but I know it couldn't be for me my religious home or Mother Church.

I suppose for this church tradition our own earliest churches, in Poland and Transylvania, would be the closest equivalents to Canterbury because churches such as our own were born out of the Radical Reformation which occurred there. But many of Radical Reformers - in their desire to reveal a more universal belonging - tended to have a very different view of where the Mother Church could be found. Their ideas were certainly influenced by Jesus' teaching that the kingdom of God was to be found within or amongst us and it was one, the coming of which, could not be pointed to; you could not say of it 'Lo, here it is!' or 'There!' (Luke 17:21).

A key figure in development of their ideas was St Paul. He is much maligned in liberal circles, not least of all for his attitudes to women and the way his theology has been used by conservative Christians, but there is much about St Paul's way of being-in-the-world, that remains radical and worth considering even today. In relation to today's theme he believed that we should be careful to distinguish between the visible and clearly flawed *human* church and what he thought was the invisible perfect church of the *Spirit*. In the reading from Galatians we see this when Paul distinguishes between the 'present Jerusalem' and the 'Jerusalem above.' It is the latter, the 'Jerusalem above,' that is for St Paul the ultimate place of belonging and return – the place of true universal Mother Church.

This idea of a universal home, always important to those of mystical inclination, became very powerful amongst the radical reformers. The reason for this was very simple – people were killing each other over the question of which church was the visible expression of the true church. Was the True Church visible in Rome, Geneva or in Münster? We need not here rehearse the dreadful centuries of conflict that unfolded over this question. But, in the midst of these dreadful times a number of thinkers saw one way out of the impasse. One such was Sebastian Franck (1499-1542) who, in 1534, published his '280 Paradoxes or Wondrous Sayings.' His whole theology was based upon the idea of a true inner belonging that transcended time and space and this is summed up in a passage found in the preface to his book – and remember, astonishingly, that this was written in 1534!:

'The church is not a special group and sect, bound to element, time, person and place, to which one may point with one’s finger, but a spiritual, invisible body of all the members of Christ, born of God, and of one mind, spirit and faith. It is not at all outwardly gathered in one city or place, so that one could see or point to it. Yet, we must believe in it and we cannot see it in any other way except through the equally spiritual eyes of the soul an inward being. It is the gathering and communion of all truly godly, good new beings everywhere in the world, bound together by the Holy Spirit in the peace of God and the bond of love, outside of which there is no salvation, Christ, God, understanding of Scripture, Holy Spirit or gospel. In and with this [church] I am. I long for it in my spirit whenever it moves about, scattered among the heathen and the weeds, and I believe in this communion of saints. I am actually not able to point to I, but I am certain that I am in the church wherever I might be. Therefore, like Christ, I do not seek it either here or there. For I really do not know whose stones are in this building and whose kernels are in this field. God alone knows them. For this reason he ordered his angels only and not us to undertake the separating of the sheep from goats and weeds from wheat.'

Now, when I originally gave this address in Lent 2007 I went on to say:

'We have come to share with these radical thinkers the belief that one’s true home church can never be truly found in any physical place but only an transcendent, inner mystical place – The Mystical Heart, the New Jerusalem or the Kingdom of Heaven. This 'place' is genuinely accessible to all souls who live lives dedicate to the good, the true and the beautiful. The best visible home church one can hope for is a church that genuinely tries to enable each individual in through a life of prayer and devotion continually to access this Universal Church.'

I certainly hold absolutely to the utopian *spirit* of what I uttered four years ago but I have found that I, personally, no longer find compelling the idea that such a 'transcendent, inner mystical place' - a 'Jerusalem above' actually exists. In fact I don't think it does. But, and it is a very important but, I find myself increasingly compelled to say that this 'New Jerusalem' is found in what Ernst Bloch (whom I spoke about last week) called 'concrete utopias', i.e. those actual brief glimpses, and tiny concrete touches of the kind of world we know we could create and which we recognise in the countless acts of human wisdom and kindness and in our arts, musics and sciences. Utopia in this sense is real, if incomplete and not yet, BUT it is on our human maps of the world. As Oscar Wilde memorably said in his 1891 essay 'The Soul of Man under Socialism':

'A map of the world that does not include Utopia is not worth even glancing at, for it leaves out the one country at which Humanity is always landing. And when Humanity lands there, it looks out, and, seeing a better country, sets sail. Progress is the realization of utopias.'

All this should serve to remind us - and here I return more or less to my original text - that no single earthly church can express the fullness of God/Divine. Indeed, in our own pluralistic age, liberal Christian churches such as ours are careful to insist that no single denomination, nor any single faith tradition, can truly express this fullness. All we can do, within the particular limits of our own confession, is to witness to its reality and to try, as best we are able, to make just a little of it visible in our world to ourselves and others.

So, if any of us is truly desirous today of making a pilgrimage to our true Mother Church then we have no choice but to support any community that seems to possess just one or two bricks of this Universal Church. Even the best of churches can only provide occasional glimpses of our true Mother Church and our task, especially on Mothering Sunday, is to recommit ourselves to making this a church which will help as many people as possible see beyond the 'present Jerusalem' with all its bitter factions and discord to the 'Jerusalem above' in which only love and justice holds sway. And this city is on our human map. Go and visit it.