Wherever I am, the world comes after me - some thoughts on strategic retreat 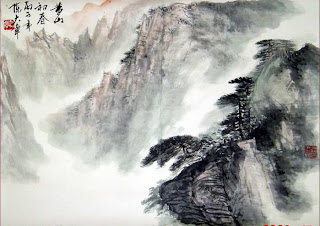 I was at my desk last week on a day and at a time when I was not expecting to be. Not only that but as I sat there my phone kept ringing and showing me the numbers of people I really felt I had to answer. It was an unfolding set of circumstances which caused a feeling suddenly to well up within me that I am sure you will all have felt at one time or another - the overwhelming desire to turn off the phone, the computer, to shut the door, lock it and walk away saying "stop, stop, stop." It so happened that as this flurry of activity reached its peak a member of the congregation was sitting in my study - she was not there to see me but had simply come in to the church on another matter and, given I was about to make a cup of tea for myself, I had made her one too and also offered her the comfy chair in my study. I got on with what I needed to do but no sooner had we sat down than the phone rang again from someone who had called earlier. Shortly after that it rang once more and, as I was answering it, I was vaguely aware that my guest had idly pulled a book of Mary Oliver's poems from my shelf and proceeded to open a page at random. When I put the phone she handed me the book, without comment, open at the following poem, The Old Poets of China:

Wherever I am, the world comes after me.
It offers me its busyness. It does not believe
that I do not want it. Now I understand
why the old poets of China went so far and high
into the mountains, then crept into the pale mist.

Startlingly apt, n'est-ce pas? Anyway, with her tea finished  my guest went on her way and I also managed to go, not quite as far as the mountains and their pale mist, but at least as far as the manse kitchen and back-yard.

Oliver's poem, gifted so strikingly to me by that member of the congregation, stayed with me during the rest of that day and it brought to mind a subject that has continually come up in conversations within this church - namely, the question of whether we should aspire to be a radical, activist church or a quietist one?  (I'm thinking here both of the word quietism's religious and philosophical uses)

I've never been particularly keen on either/or paradigms and, on this subject at least, it seems to me that if you want to do your activism well you have to have internalised the benefits of a more quietist practice at some time and, of course, vice versa.

On the one hand there clearly always exist in our world innumerable issues that cry out for an obvious activist response. We look at what is going on and feel, as the Psalmist imagines God feels, that "Because the poor are despoiled, because the needy groan, I will now rise up . . . I will place them in the safety for which they long. [. . .] On every side the wicked prowl, as vileness is exalted among the sons of men." (Psalm 12:5 & 8 RSV). As a religious community our commitment to, if no longer precisely Christian *belief*, then certainly a kind of embodied Christian practice, requires us to play our part in challenging this situation wherever it is found.

At certain times the on-the-ground situation and our own internal strength and ability are aligned in such a fashion that an obvious activist rising-up not only can occur but also has real traction which can bring about substantive changes of one kind or another. One must always be ready to move and take advantage of those moments, those alignments, when they occur. Jesus' parable of the wise and foolish maidens (Matthew 25:1-13) we heard earlier shows this admirably and also helps us see that a readiness to move - which all ten maidens have - does not necessarily coincide with the kind of care and preparation required to turn that readiness into a genuine, long-term practical response. You can be as ready to respond to the bridegroom's arrival as the next maiden but if he arrives in the dark and you don't have any oil to keep your lamps alight you are stuffed. By the time you sort yourself out the change in conditions has often been so quick that you find you are now "locked" out of the new situation simply because it developed without your input whilst you were pfaffing around looking for a supply of oil.

But, as life often reveals, there are also times when it is simply not the hour or the day, times when it is not possible to be an effective, obvious activist. Of course the range of historical moments when, for what ever reason, we find we cannot act range from those that are relatively benign to those which are exceptionally malign.

The moments lying at the malign end of the spectrum which stop us acting are the "dark times" to which Robert Pogue Harrison draws our attention. These are the times "when the world that 'comes between men' no longer gives them a meaningful stage for their speech and their actions, when reasoned discourse loses its suasion, when powerlessness rather than empowerment defines the citizen's role in the public sphere" (Robert Pogue Harrison - In "The Garden School of Epicurus" found in his book "Gardens: An Essay on the Human Condition", Chicago University Press, 2008, p. 71).

In such situations it is often the case that a retreat of some kind has to be affected if there is to be any hope of later, effective, direct action - a later moment when you can bring out into the street and the workplace the light you have carefully nurtured and cultivated during your wait. But here, as we talk about this retreat and waiting it is vitally important to notice a crucial difference between a "strategic flight from reality" and an "escape from reality". As Hannah Arendt said, "Flight from the world in dark times of impotence can always be justified as long as reality is not ignored, but is acknowledged as the thing that must be escaped" (ibid., p. 71).

As Pogue Harrison notes, when Epicurus set up his Garden Academy in Athens he: 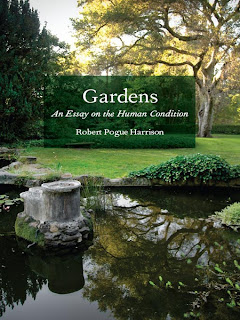 ". . . sought out the asylum of his garden without ever ceasing to acknowledge the reality from which he was taking flight. Indeed, the garden for Epicurus was a place from which and in which reality itself could be reconceived, its possibilities reimagined. Or better, it was a place where the human and social virtues that were trampled on by the so-called real world could reflourish under carefully husbanded circumstances" (ibid., p. 81).

Is this the kind of retreat the old Chinese poets mentioned by Oliver thought they were undertaking? I don't know the work of these poets so cannot comment but I do know that Oliver's retreat into the quiet places away from the reality of the human world always comes across as strategic. Many of you will remember her striking poem 'What I Have Learned So Far' in which this is made abundantly clear:

Meditation is old and honorable, so why should I
not sit, every morning of my life, on the hillside,
looking into the shining world? Because, properly
attended to, delight, as well as havoc, is suggestion.
Can one be passionate about the just, the
ideal, the sublime, and the holy, and yet commit
to no labor in its cause? I don't think so.


All summations have a beginning, all effect has a
story, all kindness begins with the sown seed.
Thought buds toward radiance. The gospel of
light is the crossroads of - indolence, or action.


Be ignited, or be gone.

Nor, too, must we fail to remember that our own tradition's primary exemplar, Jesus of Nazareth, even though he also often retreated into solitude to pray he never failed to come back down the mountain into the towns and villages with a gospel of light which encouraged people to be ignited in the active work of bringing about the kingdom of God on earth (cf. Mark 1:35-38).

These are all vitally important reminders that a proper quietism always leads back to action and that action only finds its proper power and control after a disciplined period of reflection in which an individual and a community in strategic retreat reconceive and reimagine realities and possibilities.

I assemble these thoughts and bring them before you at this time because it seems to me that, although there yet remain many present opportunities for us openly to fight the good fight on our streets and in our workplaces - and I strongly encourage us to continue engage in activist ways - it also has to be said that neoliberalism's stranglehold on our public institutions and figures and its breath-taking ability to continue to brainwash citizens of western democracies into thinking that economic government based solely on the market and its ability to self-regulate is a good thing, makes this for us a dark and dangerous time. (If you are concerned about this see this recent article on neoliberalism by Stuart Hall in the Guardian).

The difficult truth which many of you tell me about - and which I see myself - is that we are finding that in our work and in the wider public sphere we are living in a time in which reasoned discourse *has* often lost its suasion and that our roles as citizens are defined more and more by powerlessness rather than empowerment.

In the light of this last truth it seems to me to be increasingly important to talk seriously about whether, for a time, we should consciously shift our community's emphasis more towards exploring a quietist way of being-in-the-world? To take time together, in a community setting, creatively to think through and better embody the gospel of light we know we have the possibility of cultivating here. During this time, as long as we take care to ensure our thought and practice buds toward radiance and not indolence, then such a consciously quietist move could prove to be very fruitful even though it is a move being forced upon us by some very dark circumstances. We may yet be able to turn the dangers and difficulties of our time into genuine opportunities for a better world.

If we succeed in the above when the time comes to be ignited or be gone we will not only be ready to step out into the world with our light held up once more but we will also have done all we can to ensure that we have gathered in our hearts the deep resources (the spare oil) to sustain it's brightness over the long term.

Thank you for your post. For me it was particularly relevant more on the personal than the political level. I'm at a time in life of trying to learn not to rely on activity to define who I am. Trusting inner quietness as a life-worthy exercise is difficult in a society more oriented toward climbing ladders and accomplishing goals. It is good to hear a voice of affirmation in this.
- Jessica
30 September 2011 at 09:14

Good to hear from you. I think it's quite proper to read what I said at a personal level too. Anyway I've never really thought one can pull the (lower case p) political apart from the personal.