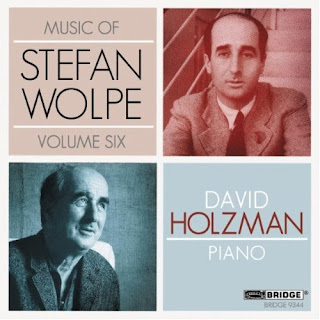 I've long been a fan of the composer Stefan Wolpe (1902-1972). I stumbled across him during my late teens because of his connection with Black Mountain College where a couple of my literary (Charles Olson and Robert Creeley) and musical (John Cage) heroes worked during the 1940s and 50s. I'm thinking about and listening to Wolpe's music at the moment because this Sunday one of the readings I'll be using is from Olson's short essay called "The Present is Prologue" and to read Olson is (for me) simultaneously to hear Wolpe's music - not least of all because his music figures in the intriguing documentary about Olson called Polis is This.

Anyway, one of Wolpe's famous piano pieces (notoriously difficult to play) is one of his Four Pieces on Basic Rows called Passacaglia. I have  long enjoyed David Tudor's 1954 performance of the piece reissued in 1996 by Hat Art but an idle surf of internet this week revealed that there is a new(ish) recording of the piece by David Holzman on Volume 6 of Bridge Record's recordings of Wolpe's music. It is a remarkable performance and the whole CD is also technically very fine in terms the recording. Bridge Records have also thoughtfully posted a video of Holzman recording the piece. I found it captivating and re-post it here for your delectation and in the hope you might check out the CD. 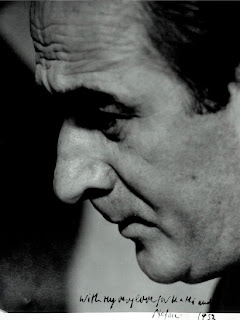 David Holzman's essay on Wolpe from his previous CD release of Wolpe's music can be read here.