Snow Blue Night for some golden summer days (we hope . . .) 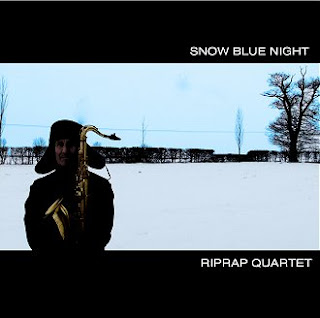 Well, folks, that's it until September. Thanks to all my readers for their various contributions over the year - I appreciate them greatly. I'm off to spend some proper time with my wife (the lovely Susanna) and ride my bicycle (the lovely Guv'nor) around the Cambridgeshire, Essex and Suffolk countryside and generally take a rest. It's also the time to get my double bass put back into good shape by Mike Hart whose work I highly recommend. A few years hard gigging has left it, shall we say, a bit rattly. Anyway, until September here's a "holding" post mostly about Riprap one of the bands with whom I play.

First of all there's a new CD very close to release. Here's a short promo film about the band and below that a link to the band website site:

Also, on Saturday 8th September 2012 at 8pm, we have a gig with the American poet and author of a biography of Jack Kerouac, Gerald Nicosia. It's taking place at the Cambridge church where I am a minister - The Memorial (Unitarian) Church on Emmanuel Road, CB1 1JW.

For those interested in such things on the same day as the Nicosia gig the church itself is open as part of the Heritage Open Day initiative. Click on the link below to find out the details:

Remaining with Riprap here's a photo from a gig we did over in Belchamp St Paul at Roger O'Dell's Jazz Nights Jazz Club. Click on the band photo below to find your way to a review of that: 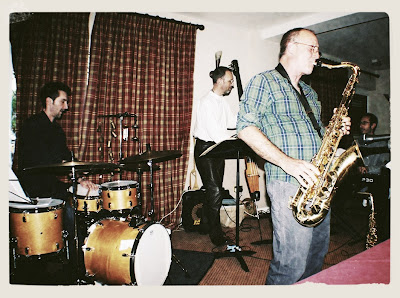 Lastly, on Sunday 29th July, shortly after giving my final sermon before the summer break, Susanna and I went over to see a couple of good friends in Waterbeach. In our hearts were dreams for golden summer days ahead . . . as another friend of mine once said, "In your dreams, cupcake." 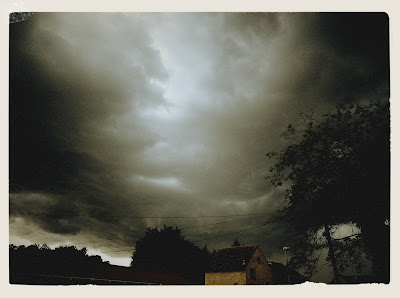