In the beginning stood the knowledge of life

Even though I personally find it a particularly congenial work, today I don't wish to defend or promote Tolstoy's "Gospel in Brief" but, instead, simply to concentrate our attention on the insight that led to words you have just heard.

Tolstoy came to this project after writing his most famous novels and after a long period of deep despair and depression in which on a number of occasions he nearly took his own life. This experience of despair, which he so memorably recounts in his "Confession", still speaks powerfully to our own age and condition. There he looks back at the course of his life in which, after he had abandoned the Russian Orthodox faith of his childhood, he set about to shape his own life through the cultivation of his intellect and the acquisition of knowledge. In many ways he was incredibly successful at this shaping and the first mature fruits of this life, especially his major novels War and Peace and Anna Karenina, assured him both financial and social success and, as we know, secured him a place in the history of literature. Despite this he increasingly felt his life was meaningless and, in consequence, he threw himself even more deeply into finding the answers to the questions that we all ask at some point in our lives, namely: "What will come of my life?" and "What is the meaning of life?". Initially, he sought his answers in the pursuit of the natural sciences and through an intensive study of philosophy, history and of other religion's expressed "solutions" to these profound questions. Alas, this approach did not reveal to him the kind of answers he sought and his depression only deepened. He began to glimpse an answer when he noticed that ordinary Russians outside his own intellectual circles, in their deeply embodied Russian Orthodox faith, did seem to have found answers to those questions. It is this fact he is confessing and he feels the need to confess it because it runs so counter to the assumptions of skeptical  intellectual tradition to he had for so long espoused. It is a confession because his insight has the character of a betrayal. After all he, like many of his intellectual friends and many of us, had abandoned the Christian faith of his childhood because his intellectual acquired knowledge had shown that so much of it was oppressive, superstitious and, frankly, incredible. And yet as he looked at the faith of the common people Tolstoy sensed that, to cite a Russian proverb, he must be careful not "throw the fur coat on the fire because he was angry at the fleas."

Tolstoy initially responded to this recognition simply by returning to the Russian Orthodox church but for him this proved an impossible route to follow and he quickly left again. Tolstoy realized he could not go back and that if he were meaningfully to re-engage with the good news that he sensed was to be found in the Gospels then he could only do it by moving forward from where he was. So how did Tolstoy move forward?

Well, remember that Tolstoy had initially tried to answer the questions of life and its meaning through a rigorous intellectual pursuit via the natural sciences, philosophy and history and a study of other religion's solutions. He seems to have seen that, although this approach had not, in itself, brought him the kind of answers he sought and needed, he could not but help bring it with him in his own attempt to re-connect meaningfully with the Christian tradition. He could not but help see - as many of us cannot but help see - that the Biblical text is a wholly human document and that it contained within it many misunderstandings, mis-rememberings, mistakes and intellectual interpretations and theories about the world and God that not only could no longer be entertained by him as true but which were also largely irrelevant to his own life and age. Naturally, he also saw that the Church had been erected upon many of these interpretations and theories and so a simple, naive re-engagement with the Church was never going to be possible for him. Consequently he had to move forwards on the margins of the formal church and, as he says in the introduction to the "Gospel in Brief", he began to see that his:

“. . . task [was] not to prove that Jesus was not a God and therefore his teachings were not divine, any more than it is to prove he was a Catholic. The task must be to understand the essence of his teaching, this teaching that became so high and precious to people that they recognized the messenger of it as a God (Gospel in Brief, p.xxxi).

Tolstoy also wanted to be clear to himself and his readers that in this task he “. . . sought the answer to the question of life, not to theological or historical questions.” Therefore, he says it was completely irrelevant to him “whether Jesus Christ was God and where the Holy Ghost comes from and so on, and it was equally unimportant and unnecessary to know when and by whom the Gospel which Gospel and which parable was written and whether or not it could be ascribed to Jesus.” Tolstoy concluded that “what was important was the light which had illuminated and still illuminates me” (ibid., p. xxiii).

One key moment of illumination occurred when, by looking at the common people around him and who were outside his own intellectual elite, Tolstoy noticed that the living of some actual form of life was a prerequisite for any proper seeking and finding of knowledge that brought with it real meaning. It is absolutely vital to see that Tolstoy moved forwards by being concerned first and foremost with discovering what it was he should be doing and how he should be living and not, repeat not, about discovering abstract theological or historical knowledge.

This explains why his rendition of the opening of the Gospel of John as, "In the beginning stood knowledge of life, as the foundation of all things. Knowledge of life stood in the place of God. Knowledge of life is God"  was so important to Tolstoy - it summed up not only his own basic governing insight but also the one he thought Jesus had expressed most perfectly. Once Tolstoy could articulate this the rest of his interpretation followed quite naturally.

As I said at the beginning I bring this insight before you not to persuade you to take on board Tolstoy’s own interpretation as the right one to follow but because his basic insight seems to be one that, today, we need to heed as a liberal church. I think we find ourselves in a very similar situation to that experienced by Tolstoy. Most, if not all of us here, grew up in within a culture that has in general (and in particularly in religion) privileged abstract knowledge over practice. The consequences of this for us have been that, although we sense that there is something in the Christian tradition that remains highly valuable and meaningful our intellectual upbringing means we cannot attempt this re-connection simply by stepping back naively into the churches of our youth. We can only begin to re-engage with the Christian tradition by remaining at the edge of the formal Church and by remaining appropriately critical of much of its beliefs and practices. (A church such as this one has, throughout its history, always functioned as a liminal place, a church of the boundaries). 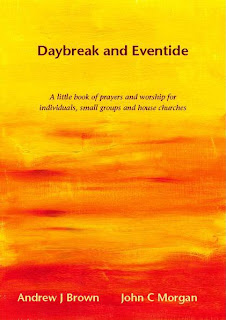 Now, much of my own preaching is directed at trying to break down the many complex intellectual barriers that stop people today from re-engaging with the Christian tradition. Complex intellectual barriers require, alas, sometimes complex interventions and I know that sometimes my hearers and readers find what I say difficult to follow. But outside this pulpit (and this blog) things are much more straightforward and simple. As many of you know for me the primary and most important service of the week is the evening service. In it no sermon is ever preached - in it you will find only prayer, mindful meditation and music. In the prayer book I wrote with my American Unitarian/Universalist colleague, John Morgan, (you can buy a hard copy here) again you will find in it no intellectual argument just an offering up of a way of being liberal Christian through a pattern of daily prayer, various daily readings and prayers, and also through various other services such as those of communion, child-dedication and welcome, confession and reconciliation. This service and book are concentrated upon a doing of a particular kind of liberal religion rather than presenting a reader with  arguments for or theories about liberal religion and so I add here that our parties, shared meals, conversations and committees are also very much part of our doing - our form of life as a church.

Also, in the project Claire Henderson Davis will be introducing to us more formally next week when she preaches and conducts our Sunday service, you will find another example of this doing in which as a community we attempt to embody a form of liberal religious life.

In promoting these kinds of practical, embodied projects it is not that I want us to abandon our intellectual endeavours - far from it - for every generation has to engage with the cultured despisers of religion and attempt to persuade people back into religious community. I'm very much part of that tradition myself (and consciously follow in the footsteps of Schleiermacher and Tillich) and our own church tradition, which comes out of the Enlightenment, has also always played such a role in our society. But Tolstoy knew that an intellectual, theoretical approach will, alone, never yield the answers to the questions "What will come of my life?" and "What is the meaning of life?" A theory of swimming will never yield the experience of swimming - for that you must get wet by actually going swimming. 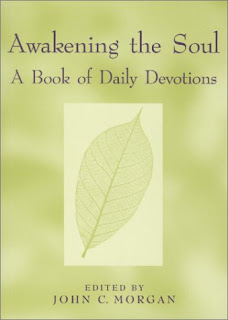 John Morgan, with whom I wrote the prayerbook I mentioned earlier, knew this truth intimately and it was something he wrote at the beginning of his own book of daily devotions, "Awakening the Soul" that caused me to contact him in the first place. With his words I'll conclude this address in the hope that they may persuade you to get more involved in the services and activities of this church (or some other liberal religious community). In my addresses you will NEVER find the meaning of life - these answers are only to be found by actually becoming willing to participate in some form of religious life.

And it won't matter how much you profess to believe, but rather how deeply you live the few enduring truths you claim as ultimate.

All the rest is discipline. 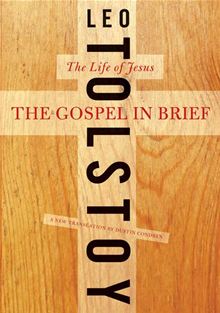 All that lives was born into life through knowledge. And without it, there can be nothing living.

It revealed itself to its own, but its own did not keep it. Only the ones who understood the knowledge, they alone were given the opportunity to become like it, by virtue of their belief in its essence. Those who believed in the fact that life is based in knowledge did not become sons of the flesh, but became sons of knowledge.

Nobody has seen God and nobody ever will; only the son, the
one who is within the father, he alone has shown the path of life.