Christianity - of this world or not? - a couple of extra (grateful) thoughts to add about the Revd Klaas Hendrikse 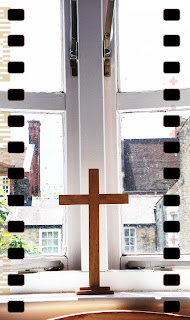 Last week I uploaded a post called Christianity - of this world or not? in which I address one of the commonly perceived problems with the contemporary church - namely its unwillingness to allow from the pulpit open, frank admissions that today there are ways of talking about religion - and doing it - that don’t require from a person a belief in either a supernatural God or realm.

Back in 2011 I was asked the following question relating to this matter. If you click on the link you'll go to my reply : Someone has just asked how can I, reasonably and conscientiously, remain a self-avowed Christian and Unitarian minister when I have basically embraced atheism? - An answer . . .

Anyway, some of the ongoing correspondence flowing from the event at which I read Christianity - of this world or not? led me back to the Revd Klaas Hendrikse, a Dutch Protestant minister whose personal stand on the matters about which I spoke I greatly admire. With him I clearly share a great deal and I thank him for his courage in going public about this. It certainly helped me.

Many readers of this blog will already know about Hendrikse's work and ministry but for those who don't here are some links to explore:

His book Believing in a God that does not exist: the manifesto of an atheist pastor in French translation

And lastly here's a interview in Dutch with English subtitles:

Dean Reynolds said…
loved the interview especially the last bit "the only things not on the menu are answers, because there are none."
30 January 2013 at 11:51