The blossoming forth of the World Bud 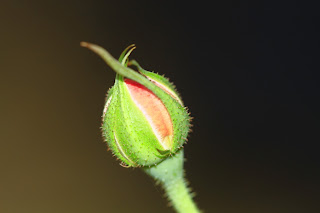 As a minister of religion - albeit far from a conventionally religious one - one of the most pressing questions I spend my time thinking about and trying to address is the cultural phenomenon which has come to be called the "disenchantment of the world" (Weber). It was so-called because as our culture has developed over the last couple of hundred years the gods have, quite simply, fled from us and today no god, visibly and unequivocally, is able to gather us and all things to him or himself and, by such a gathering, dispose both our collective and individual histories (cf. Heidegger, What is the Poet For?). Another way of expressing this disenchantment is to say that, collectively, we have lost the sense of the holy in general and that we no longer respond to nature as being, itself, a sacred place.

However, one of the puzzles of this phenomenon is that, despite this disenchantment and the fleeing of the gods, within our contemporary culture the names of our divinities are still very much known to us because they are preserved in our heritage. Some of these preserved names are today being used in all kinds of ways by an extraordinary variety of religious groups ranging from monotheistic fundamentalists to poly-theistic neo-pagans and new-agers but, despite this, the fact remains that for our culture *as a whole*, because our loss of a shared sense of the holy and sacred, the bearers of these divine names are for the most part 'absent.' In short, we may say that for us these names have lost their 'radiance' and their ability to shine. As Julian Young puts it is not that our culture lacks holy *names* but rather it lacks *holy* names.

Today, we see that many people around the world think it is possible to re-enchant our world by forcing the gods back to the centre of our culture by human will-power and/or legislation alone. But, to my mind, this is a project which is going to end very badly indeed because, for the most part, it isn't seeking to put the *holy* back into our contemporary culture but only one or another *name* for the holy. This approach will ensure that we won't end up with real meaningful, creative, life-enhancing living gods at the centre of our collective culture but instead only dead names or idols in whose name some profoundly totalitarian religious ideologies can be articulated.

But there are others, sensitive to the creative, life-enhancing possibilities that were once found in our formal religions who have begun to understand that genuinely to re-enchant our culture in a way appropriate to our own age we require a much gentler, more irenical approach to the matter.

But before we go on we need to be clear that there is no straightforward way simply to invite the gods back to dwell among us. After all you can't just sit down and write them a letter, nip down to the local Post Office (if you still have one), and send it to some known specific geographical address, say, No. 1 Olympian Heights with a request to RSVP (répondez s'il vous plaît). Neither can you telephone or Skype the gods nor pen them a quick email, post something on Facebook, or sign-up to Friends Reunited. So how on earth do you invite the gods back?

Well, many of us feel that at least in what consists the first step is clear - the gods must first be given some space to return. After all, there is little point in inviting any kind guest to come and stay with you if you don't first prepare a room in which they can dwell among you and also make an extra place at the dinner-table so they are able to eat and converse with you.

So the first task must be to create spaces or clearings within our culture that are specifically designed for the dwelling of and the meeting with the gods. Perhaps, surprisingly, this does not always and necessarily include spaces currently labelled as religious for they can often be filled to the gunwales with dead idols - both tangible, physical ones and also those ideological ones of the heart and mind. It is obvious that many of our current religious spaces are not empty spaces at all. Of course, here I am speaking not only of the creation of open, physical spaces for the gods' return but also about the creation of open, internal, psychological spaces within ourselves.

But now we need to attune ourselves to what is meant when we speak in this context about "emptiness". The "emptiness" of these spaces is not emptiness as it is most often understood by us - i.e. that complete and utter absence of anything. Instead it is more akin to the "emptiness" of, say a granary, whose late winter emptiness speaks expectantly of the awaited harvest which will fill it at the end of summer; it is an emptiness akin to that of a mug which speaks expectantly of its being filled with hot tea. So, even though when the spaces of which I am speaking are first opened up the gods are most certainly absent from them, they are spaces filled with expectancy in which we are encouraged directly to feel the presence of the gods through their very absence. In such places we are encouraged to attune ourselves to a mood of expectation in which the absent gods can meaningfully be invoked. The hope is that when we find ourselves in such a space an invitation to the gods to dwell in our midst comes forth or blossoms within and among us quite naturally.

This is one of the reasons why I read the wonderful, if admittedly strange and opaque poem, by Friedrich Hölderlin called "The Poet’s Vocation" (Dichterberuf). The final stanza is, of course, crucial to the thing I'm trying to get at today:

But if he must, the poet remains fearless.
Alone with god, simplicity keeps him safe
And needs no weapons and no cunning,
As long as God’s absence comes to his aid.

Hölderlin (and his much later follower Heidegger) thought that great poets were able to produce the kind of work that . . . and this is so hard to say clearly . . . poets were able to produce the kind of work which, when it's really working, some how withdraws and becomes primarily a space or clearing in which the gods or the holy, can once again blossom forth into our world. Think here of your own encounters with a great poem (or another great work of art) - when it is working you enter the space it creates in such a fashion that the actual poem or painting disappears.

In all this we must recall here that the word "poet" is derived from the Greek word poiesis which means a bringing forth.

Understanding what a bringing or blossoming forth is that the great poets help us see occurring needs to be clarified a bit further. Take this easily understood image offered by Julian Young:

"The model for poiesis is . . . the blossom rising forth out of its bud. The blossoming of (let us say) a rose is something that happens *within* nature. At its most fundamental level, however, poiesis is the sense of it as a blossoming forth, an 'upsurgent presencing' out of, as it were . . ., the 'world bud'. The two 'buds' are, of course, very different. Whereas the rose bud is visible and known, the 'world bud' is utterly mysterious, incomprehensible.  And in the majesty of its overwhelming creative power, it is breathtakingly awesome" (Heidegger's Later Philosophy p. 41).

The true poet's work helps us see the 'world bud' blossom. Out of the mysterious abyss of Being itself (which to us is the absence of anything at all that we can name, point to, imagine or describe) wonder of wonder all things continually come forth - roses, people, landscapes, churches and temples and *even the gods*. (Hold on to this last thought). Seeing this upsurging presencing is suddenly to be aware of the majesty of the abyss of Being's overwhelming creative power and it is breathtakingly awesome - *far greater even than that which I have, so far been calling the gods*. In the space or clearing that is the working work of art we can suddenly find ourselves saying along with Jacob "Surely the Lord is in this place—and I did not know it! How awesome is this place! This is none other than the house of God, and this is the gate of heaven" (Genesis 28:16-17). The poets thus show us to achieve the words we say at the start of every service:

Divinity is present everywhere, the whole world is filled with God but, in certain places and at certain times we feel a specialty of presence.

You see what I am trying to gesture towards is the idea that the *absence of the gods* is not something to be felt as to be regretted, but for the true poet (and for we who today are willing to engage with their poetry) it is experienced as the source and very condition of the possibility that true, living gods can still come to our aid.

But please see that what the great poets help us experience is something infinitely greater than the greatest of gods - namely the blossoming forth of the utterly mysterious and incomprehensible 'world bud' - the Being of beings. The poets help us see that this is always-already everywhere and that the sacred and holy underwrites our whole world. In the clearings or spaces we make (whether as buildings, in our hearts or in poems and paintings) is what allows us to achieve a specialty of presence and say, at times, "How awesome is this place! This is none other than the house of God, and this is the gate of heaven."
Email Post
Labels: Being disenchantment of the world Friedrich Hölderlin God Heidegger holy names poiesis shine the gods work of art
Andrew James Brown
My name is Andrew James Brown. I’m a philosophically/theologically inclined writer with sympathies towards Shin’ichirō Imaoka’s understanding of free religion (自由宗教), Christian atheism, D. G. Leahy’s “thinking now occurring for the first time”, a Lucretian inspired religious naturalism, new materialism and Kyoto School philosophy; also a photographer, cyclist, walker and jazz bass player. In addition to this, I’m the minister of a small, liberal, free religious community in Cambridge (UK)

Will P said…
I understand that great poets (and other artists), for some, stir up "godly" feelings. What does this say, though, in a definitional sense of what "god" is - particularly from our unitarian viewpoint (i.e. what do those feelings project)?
thanks
25 May 2013 at 21:10

Andrew James Brown said…
Thanks for your comment Will. Well, the kind of theological stance I take (drawing particularly on the basic insights of Nietzsche and Heidegger) means that whenever we use the word God we cannot mean by it a "being" - even a "supreme being". This shift in viewpoint allow us instead to start talking about God as "B/being" (note the lack of a definite article - this is "B/being" as a verb and not a noun). Consequently, in my addresses when I use the word God it is not some "thing" that be defined in the way traditional monotheists (whether Unitarian or Trinitarian) have for so long desired.

God, in this understanding is, instead, is akin to the budding of the world-bud, the worlding-of-the-world itself. God is encountered then in the events of the world. The place I have addressed this thought most directly and briefly is to be found in the following post. I hope it helps in some way even if it proves to be a bit frustrating: