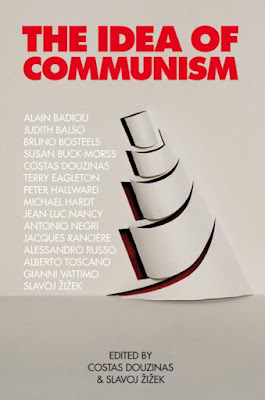 This Sunday I got a day off in the pew as the congregation took the annual Christmas Carol Service. A big thank you to them for that. So, this week, in lieu of a Sunday address, here's an opinion piece entitled Ghostly Communism that I originally wrote for another website. It's very much about my own personal political philosophy so please don't confuse it with one of my weekly addresses given in church!

“Philosophers have only interpreted the world in various ways, the point is to change it.” (Karl Marx’s eleventh thesis found in his “Theses on Feuerbach”)

“The philosophers have only described the world in various ways; the moment now has arrived to interpret it.” (Gianni Vattimo and Santiago Zabala in “Hermeneutic Communism: From Heidegger to Marx”, Columbia University Press, 2011, p. 5)

“A spectre is haunting Europe — the spectre of communism.” (The Communist Manifesto)

As most of us are aware the “idea of communism” has returned to the cultural and political conversation currently going on across Europe. Perhaps the most high-profile example of this was the conference with the same name held between 13th-15 March 2009 at the Institute of Education, University of London; the papers from this conference have since been published by Verso Books—The Idea of Communism. 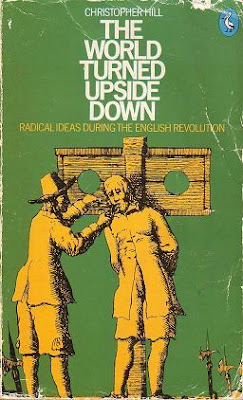 I first became interested in the idea of communism at school in my early teens during the mid-1970s (initially by discovering the work and thought of Gerrard Winstanley thanks to the book "The World Turned Upside Down: Radical Ideas During the English Revolution" by Christopher Hill) but, for reasons I need not rehearse here, those years were not good ones for the idea and so my interest was forced to remain somewhat theoretical and abstract. But then the 2008 global financial crisis occurred. It was of such a scale and depth that I, along with many others, felt impelled to re-engage in some kind of public, political conversation about how it might be possible to envision better, fairer, more just ways of structuring society than those offered by finance-capitalism and neoliberalism and, in this regard, communism seemed, once again, to be a live option.  This feeling was primarily born out of a careful reading of the "The Idea of Communism" because it helped me see how, following the collapse of the Berlin Wall and the Soviet Union, the idea of communism could be played out in many new, creative and exciting ways—ways that, whilst frankly acknowledging the horrors and disasters of the past carried out in the name of communism did not, at the same time, lose sight of its original hopeful and prophetic message—a message I first heard thanks to Winstanley. Anyway, the essay in the book that struck me with the greatest power was the shortest—“Weak Communism” by Gianni Vattimo.

I already knew and valued Vattimo thanks to his theological and philosophical work and what appealed to me about his approach to communism was his feeling that, were it to have any chance today of contributing to the improvement of world in healing, healthy and creative ways, then it needed to be in the full-time business of weakening all dogmas and ideologies—including, of course, its own.

This idea of weakening all dogmas and ideologies may seem strange to many traditional leftists, but think about it. History has surely taught us that strong totalising ideologies (whether religious, political, economic or financial) are always deeply problematic and ultimately destructive; they are also profoundly anti-revolutionary. All such ideologies—including those held by communists—fail properly to see that the world is always-already way more anomalous, complex, rich and revolutionary than can be dealt with by any single, totalising world-view. As Vattimo says in his highly influential 1983 essay “Weak Thought”, today it is possible to see clearly that:

“. . . the world plays itself out in horizons constructed by a series of echoes, linguistic resonances, and messages coming from the past and from others (others alongside us as well as other cultures)” (“Weak Thought”, eds Gianni Vattimo and Pier Aldo Rovatti, trans. Peter Carravetta, SUNY Press, New York 2012, pp. 44-45).

In other words, there is never an end to the ongoing complex, multi-layered conversation between people and ideas and, therefore, there is no such thing as ideological purity and certainty. Our world is, through and through, ceaselessly dialectical and this always means that new and revolutionary interpretations and insights are constantly emerging—theses and antitheses may be proposed, yes, but they are never leading us ineluctably towards some final, stable synthesis. To hold with absolute certainty any predetermined ideology or doctrine, to be ideologically pure, is nothing less than to close oneself up to life itself.

With this thought of a life of ever-unfolding conversation we come to the nub of the matter: how we  think we might best go about changing ourselves and the world for the better; how might we be truly true to the revolutionary ideal with all its transformative energy but without getting involved again in strong power structures that so easily lead to oppression and violence?

Marx once famously said that “Philosophers have only interpreted the world in various ways, the point is to change it.” As we know most of these grand attempts to change the world were rooted in strong ideologies and doctrines and, without exception, they unfolded in some very, very bad ways. As Vattimo says in “Weak Communism” this means that:

“Thinking about a weak communism means rejecting not only Marx’s message, but also Lenin’s definition of communism as ‘soviet power plus electrification’ (assuming it was ever like this)”.

In consequence, Vattimo and his colleague Santiago Zabala feel, and I agree with them, that, today, Marx’s eleventh thesis should be rewritten thus:

“The philosophers have only described the world in various ways; the moment now has arrived to interpret it” (Gianni Vattimo and Santiago Zabala in “Hermeneutic Communism: From Heidegger to Marx”, Columbia University Press, 2011, p. 5).

Related to this thought, in a 2002 interview Vattimo notes that:

The claim being made here is that the best way to affect change in the world is firstly (and primarily) to change our interpretations of the world and allow the other necessary stuff to emerge from out of these new interpretations.  As Steve Dunsky, a film maker with the U.S. Forest Service, wisely noted in a very recent piece called “Re-storying the World”, “Before we make new policies, we need new metaphors.” In “Weak Communism” Vattimo states that to do this

“We need an undisciplined social practice which shares with anarchism the refusal to formulate a system, a constitution, a positive ‘realistic’ model according to traditional political methods: for example, winning elections (who believes in them any longer?). Communism must have the courage to be a ‘ghost’ — if it wishes to recuperate an authentic reality.”

A similar idea was expressed by Eric Hobsbawm who, towards the end of his life, suggested that the communism of the 21st century must become first and foremost

“. . . a critique of capitalism, a critique of an unjust society that is developing its own contradictions; the ideal of a society with more equality, freedom, and fraternity; the passion of political action, the recognition of the necessity for common actions; the defence of the causes of the poorest and oppressed. This does not mean anymore a social order as the Soviet one, an economic order of total organisation and collectivity: I believe this experiment failed. Communism as a motivation is still valid, but not as programme.” (E. Hobsbawm, “El comunismo continúa vigente como motivación y como utopía,” interview by Aurora Intxausti, El Pais, April 12, 2003).

Today I’m someone who agrees entirely with Hobsbawm. I also strongly agree with Vattimo that this communism must have the courage consciously to be a ghost, one engaged in “spectral resistance” (a la Giorgio Agamben) and capable of haunting every nook and cranny, not only of Europe, but of the whole of earth which, as Winstanley once put it, is our common treasury and home.
Email Post
Labels: Eric Hobsbawm Gianni Vattimo Giorgio Agamben Hermeneutic Communism re-storyation The Idea of Communism weak theology weak thought
Andrew James Brown
My name is Andrew James Brown. I’m a philosophically/theologically inclined writer with sympathies towards Shin’ichirō Imaoka’s understanding of free religion (自由宗教), Christian atheism, D. G. Leahy’s “thinking now occurring for the first time”, a Lucretian inspired religious naturalism, new materialism and Kyoto School philosophy; also a photographer, cyclist, walker and jazz bass player. In addition to this, I’m the minister of a small, liberal, free religious community in Cambridge (UK)