A few photos of, and some idle thoughts in and on, Cherry Hinton Chalk Pits, Arthur Machen and Pink Floyd . . . 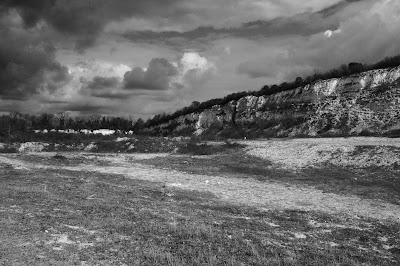 This morning I thought I'd take a spin over on my bicycle to take a walk around Cherry Hinton Chalk Pits and Lime Kiln Close, neither of which I have visited since last summer.

On my way around the perimeter, on the grass alongside one of the paths, I came across what seemed to me to be a deliberate arrangement of small chalk fragments. It's meaning (if any there were) was beyond me but, since I'm re-reading Arthur Machen's stories at the moment, I couldn't but be put in mind of the mysterious arrangements of flints that appears in his story of 1895, The Shining Pyramid. That story, for those of you who know it, ends in a visit to another pit (a "Devil's Punchbowl") where the two chief protagonists of the story experience a fantastical and frightening vision of a "Pyramid of Fire" which illuminates for them strange and disturbing, otherworldly creatures, the "Little People". 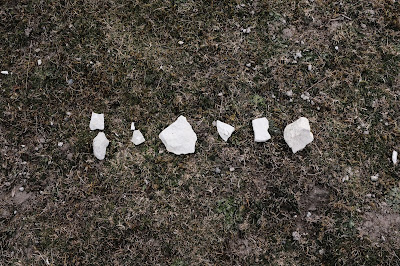 Well, I'm pleased to say that no such thing happened to me whilst I was there. However, Machen's proto-psychedelic tale did serve to put me in mind of early Pink Floyd, especially since Syd Barrett and Roger Waters sometimes played in these very pits when they were children. Indeed, some of the scenes in the short film "Syd Barrett's First Trip" (1966) were clearly filmed here. Anyway, this accidental confluence of place, events and thoughts meant that when I stopped to have a flask of tea in the sun I decided to put on some headphones and listen to Pink Floyd's very first recordings (then known as the "Tea Set") as well as their first couple of official singles.  I have to confess that all these things taken together (plus the horror of the ongoing catastrophe of Brexit) evoked in me a less than cheery mood. As Ian MacDonald puts it in his review of Pink Floyd's anthology of 2002, Echoes, "their [mature] work, in all its disconsolate cheerlessness, is one of the most remarkable cultural facts of late twentieth-century British life. More than any other music, this is the soundtrack of an epoch. [. . .] 'Hanging on in quiet desperation is the English way'" (in The People's Music, Pimlico, 2003, p. 191). I cannot but agree . . .

As always, I took a few photos on the walk and include them in this post. 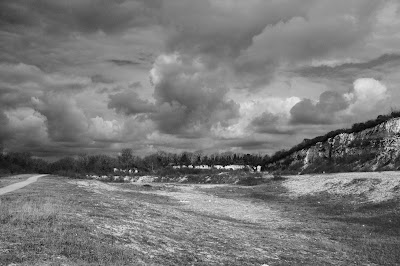 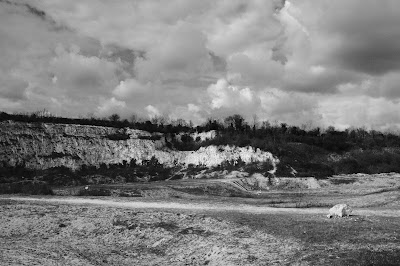 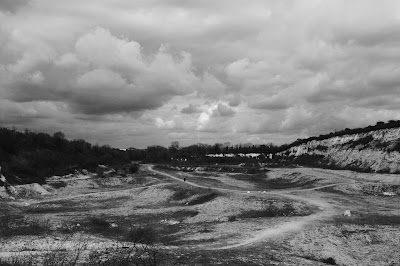 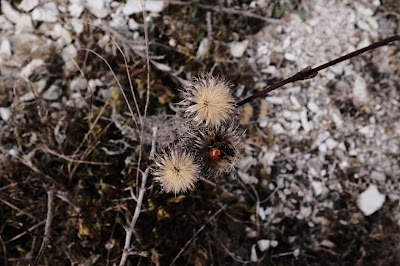 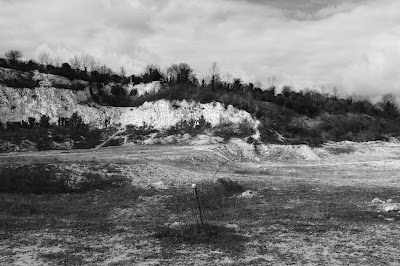 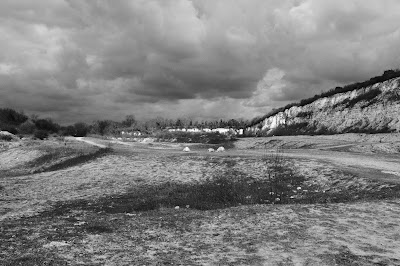 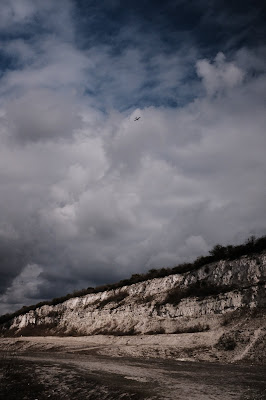