Omnia migrant — A short, Advent meditation on the fundamental condition of movement and migration 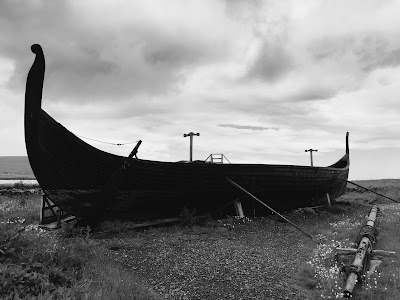 The Roman poet Lucretius felt that a fundamental, material condition of nature as it appears [naturae species ratioque] was movement. He wrote:

“Everything must pass through successive stages. Nothing remains for ever what it was. Everything is on the move [omnia migrant]. Everything is transformed by nature and forced into new paths” (Lucretius: DRN 3.829-831, trans. R. E. Latham).

Today is the first Sunday of Advent and so it is worth remembering that the Advent and Christmas myths themselves express this truth because all the characters involved are shown to be passing through successive stages and nothing in their lives remains what it was. Assuredly “omnia migrant”, everything is on the move: the angels, that is to say the Lord’s messengers [angelos], are moving between heaven and earth, Mary is on the move to see her kinswoman Elizabeth, the Magi and the star they are following are all moving from the east to the west, Herod is moving his political and religious forces around, Joseph and Mary are on the move from Nazareth to Bethlehem for the census, the shepherds are on the move from their fields to visit the newborn child and then, following Jesus’ birth, Herod’s actions force the new family to become refugees in Egypt and the Magi to flee by another path.

It is this eternal movement of people, mythical beings, stars and planets, ideas and ideologies, information,  goods, viruses and fundamental particles, that ensures everything in their, and our, world will, of necessity, always be “transformed by nature and forced into new paths.” Some of these new paths we may wish to celebrate and embrace whilst others we may regret and resist. But be in no doubt that one fundamental truth remains throughout, namely, that in this world “omnia migrant”, everything is always-already on the move. Indeed, life is only possible because of constant movement, constant migration.

Holding this thought in mind let me now remind you of an ancient story told about King Cnut, the 11th-century ruler of Denmark, Norway and England.

“When [Cnut] was at the height of his ascendancy, he ordered his chair to be placed on the sea-shore as the tide was coming in. Then he said to the rising tide, ‘You are subject to me, as the land on which I am sitting is mine, and no one has resisted my overlordship with impunity. I command you, therefore, not to rise on to my land, nor to presume to wet the clothing or limbs of your master.’ But the sea came up as usual, and disrespectfully drenched the king’s feet and shins. So jumping back, the king cried, ‘Let all the world know that the power of kings is empty and worthless, and there is no king worthy of the name save Him by whose will heaven, earth and the sea obey eternal laws’ (Henry of Huntingdon in his Historia Anglorum).

As we hold in our thoughts and prayers the twenty-seven migrants who drowned in the Channel this week and, once again, we begin to recall the migrations of the characters in the Advent and Christmas stories, it’s worth remembering Cnut’s wise words that the power of all earthly leaders, whether Kings, Queens, Prime Ministers or Presidents, is empty and worthless and there is no ruler worth of the name except God-or-Nature whose laws govern heaven, earth and the sea. And one of God-or-Nature’s fundamental laws is: “Omnia migrant.” Everything is always-already on the move and nothing, but nothing can stop this. To continue to act as if this were otherwise is to commit a supreme folly.