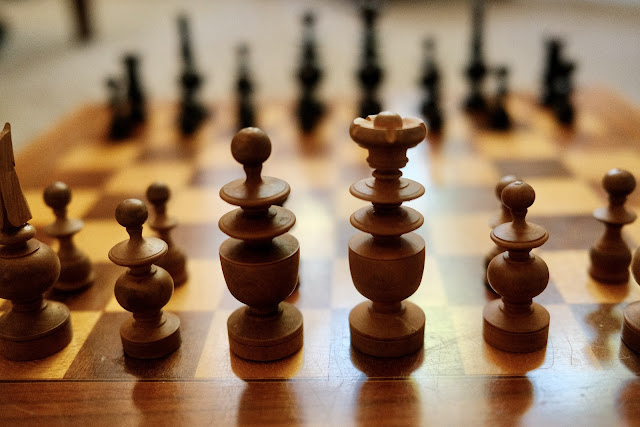 I acknowledge that this coming week, in the United Kingdom anyway, there will be no opportunity entirely to avoid the celebrations for the Queen’s Platinum Jubilee. Given this, I’d like to offer you a provocative but, I hope, constructive thought-experiment about monarchy that you might wish to think through over the next seven days, namely, anarcho-monarchism.

Now, lest my mention of anarchism unduly frightens the horses from under some of you, please remember that, etymologically speaking, the word “anarchy” simply means to be without (an-) a ruler (arkhos).

However, given the fact that historically speaking, monarchs and ruling go together like the proverbial horse and carriage there would seem to be no possibility that something so apparently self-contradictory as anarcho-monarchism could exist. Is it really possible that there could exist a monarch who is not a ruler but who could still be a central, guiding figure in our life together?

Perhaps surprisingly the answer is “yes”, and we have ready to hand within our culture two clear examples of it.

The first is that of the king in the game of chess. As the contemporary Eastern Orthodox theologian David Bentley Hart points out in his own essay about anarcho-monarchism, “the king is the most useless piece on the board, which occupies its square simply to prevent any other piece from doing so, but which is somehow still the whole game.” Hart also goes on to note that “[t]here is something positively sacramental about its strategic impotence.”

The second example is found in the mythopoetic interpretation of Jesus as Christ the King which, five hundred years before the game’s invention, presented us with a monarch very like that found in chess.

To be sure, in the theology of those who, early on, cynically conjoined Christianity with the power of the Roman Empire, the figure of Jesus as Christ the King quickly degenerated into an old-school, all-powerful ruler, albeit now magnified to the size of God. It will come as no surprise that with this vision of Christ the King I have absolutely no sympathy whatsoever.

However, in the hearts and minds of the those who remained true to the radical, anarchistic, egalitarian and apocalyptic theological insights of the early church — especially our own forebears in the Radical Reformation of the sixteenth century — Jesus’ power was understood to be rooted, not in the kind of strong and hard military or financial power wielded by leaders from above, but in the weak and soft power of relational love and justice displayed to neighbour and enemy by someone who was truly one of us, one who walked and suffered alongside all those who found themselves marginalised and oppressed by the power structures and rulers of old. This is the idea behind Matthew’s naming of Jesus as Emmanuel, i.e., God-with-us (Matthew 1:23) rather than, of course, God-above-us.

Anyway, in short, for the radical Christian tradition, anarcho-monarchism — that is to say the Kingdom of God and Jesus’ associated useless and powerless Kingship of it — had, despite all appearances to the contrary, somehow become for them “the whole game.”

Of course, I have no choice but to admit that, since it’s been some two-thousand years since the creation of the myth of Christ the King, and some fifteen-hundred years since the invention of chess, this anarcho-monarchist vision has not become the whole game for most people in our modern world. Sadly, it hasn’t even become the whole game for Christianity. And, across the globe, we’re all still dangerously obsessed with old-school rulers and monarchs who continue to wield hard and strong power from above. Yet, for all this, I personally remain loyal to the basic mythopoetic idea of Christian anarcho-monarchism I have outlined for you here. In passing today, but nonetheless very importantly, I need to add that a death of God theology is necessary here because only with the total self-emptying death of God into the world can God’s sovereignty be understood now to be distributed evenly throughout creation. Without the death of God there could be no true an-archy, no world genuinely without a ruler.

Anyway, I suspect that many, perhaps most of you, won’t be following me down this atheistic Christian anarcho-monarchistic road, seeing it as way too fantastical or plain weird. That’s fine, of course, and perhaps in the end what I’ve outlined is really only a piece of magical-realist, blue-sky thinking about an alternative political system to the dreadful ones we have today.

However, I hope you will all agree with this observation made by David Bentley Hart. Again this is from his own essay on anarcho-monarchism:

“If one were to devise a political system from scratch, knowing something of history and a great deal about human nature, the sort of person that one would chiefly want, if possible, to be excluded from power would be the sort of person who most desires it, and who is most willing to make a great effort to acquire it.”

It’s surely worth noting that Jesus never desired such power and he made absolutely no effort to acquire it. And this, in a nutshell, is why for many of us — even those of us who really are a-theists — Jesus remains, like the king in chess, utterly useless and powerless but, somehow, the whole game.