That is why I am fed up; I take pity on ‘dust and ashes!’—speaking truth to power 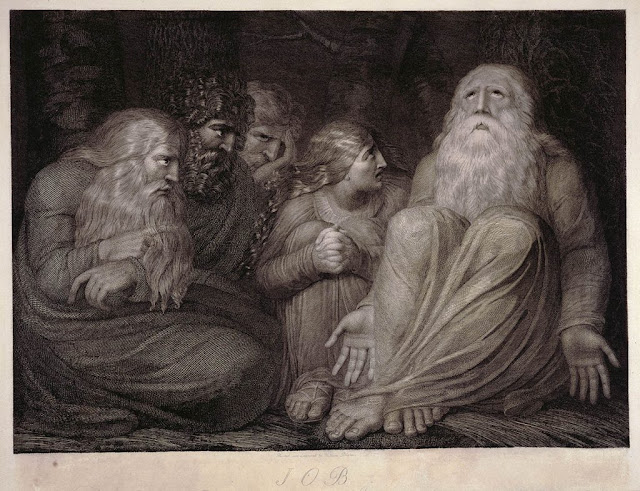 Towards the end of the book of Job, following God’s two long speeches about both his own unparalleled excellence as the creator and sustainer of the world, and also Job’s utter lack of power and knowledge, Job replies with a short speech that has long been interpreted as a kind of capitulation before God. Here’s the speech as it is found in the NRSV (Job 42:1-6). And, although this is Job’s reply, it seems to contain two interjections spoken by God. I’ll alter my voice accordingly for those verses so you can hear where they are:

Then Job answered the LORD:
I know that you can do all things,
and that no purpose of yours can be thwarted.
“Who is this that hides counsel without knowledge?”
Therefore I have uttered what I did not understand,
things too wonderful for me, which I did not know.
“Hear, and I will speak;
I will question you, and you declare to me.”
I had heard of you by the hearing of the ear,
but now my eye sees you;
therefore I despise myself,
and repent in dust and ashes.

Now it’s important to know that the last verse here (42:6), “therefore I despise myself, and repent in dust and ashes”, has “always stymied translators.” In the introduction to his very recent, and to my mind, persuasive and exciting translation of Job, the renowned Biblical scholar and translator, Edward L. Greenstein, takes the reader on a quick tour of the problems and just why the standard translation really doesn’t, in the end, stand up to detailed examination. I’ll spare you his philological arguments and simply bring you straightaway to what he thinks is the best way to render this tricky verse into English:

The vital point is that Job doesn’t despise himself, instead, he’s utterly fed up with God; he doesn’t repent in dust and ashes but, instead, takes pity on dust and ashes, i.e. he takes pity upon innocent people like him who continue to suffer at the hands of a God who, remember, only brought about Job’s suffering as part of a wager with a mysterious character called “the Satan”, the accuser.

OK, so here now is the whole of Job’s reply in Greenstein’s translation. However, this time, when I come to those verses seemly spoken by God, Greenstein lets us know that we need to hear Job saying them as he scornfully mimics God’s earlier, grandiose and excessively verbose speeches to him; speeches that, at no point, ever provide a satisfactory answer to any of his questions about why God has caused him such suffering:

Up spoke Job to YHWH and he said:
I have known you are able to do all;
That you cannot be blocked from any scheme.
“Who is this hiding counsel without knowledge?”
Truly I’ve spoken without comprehending—
Wonders beyond me that I do not know.
“Hear now and I will speak!
I will ask you, and you help me know!”
As a hearing by the ear I have heard you,
And now my eye has seen you.
That is why I am fed up;
I take pity on ‘dust and ashes!’

In short, as Greenstein observes, here we find that,

“Job understands the deity to be exactly as he had feared: a purveyor of power who cares little for people. Parodying the divine discourse through mimicry, Job expresses disdain toward the deity and pity toward humankind (and not acquiescence, as has been generally thought . . .).”

Goldstein thinks that this helps us see that one of the major themes of the book is that of honest speech, both honesty in general and truth in God-talk in particular.

It goes without saying that this is not the traditional, religious interpretation of the book. That traditional interpretation has told us to show humility and bow down meekly before an omnipresent, omniscient, omnipotent God whose reasons for acting so badly will remain forever inscrutable to us.

Not surprisingly some people view the kind of interpretation offered by Greenstein as being wholly wrong-headed and deeply sacrilegious. But, as Ed Simon, in a perspicacious review of Greenstein’s translation notes,

To conclude on a contemporary note, and to reiterate a point made earlier, this highest form of reverence, this potent form of power, is something Greenstein calls honest speech, i.e. speaking truth to power. This kind of speech is, of course, always and everywhere necessary, both before God and within human society. However, right at this moment in our own country’s life, when we are surrounded by many purveyors, or would-be purveyors of power who, like the God Job was so angry about, care so little for people and our common home, the planet earth, I think we are required to call them out, as Job defiantly called out God, for their countless lies, disgraceful behaviour and their people and world-destroying policies. Such a courageous calling out is, I think, both our most potent power and our highest form of prayer.