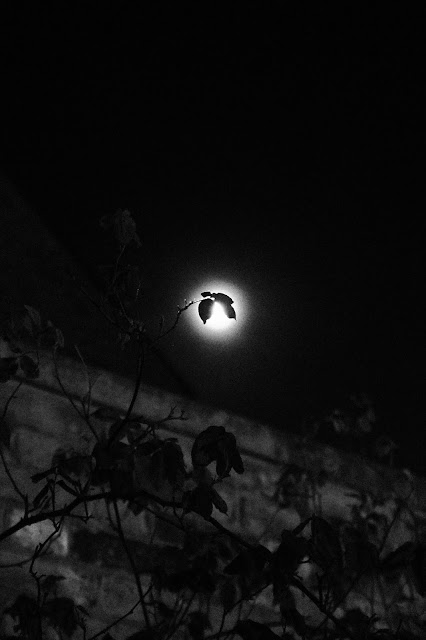 Last year I spent some time looking again at the work of the twentieth-century process philosopher Charles Hartshorne (1897-2000). Not least of all this was because I had become aware that he had seen how the most important sixteenth-century Unitarian theologian, Faustus Socinus (1539-1604), gifted our own Judaeo-Christian tradition with two fundamental insights that are central to Buddhism, namely, the idea that nothing exists independently of other things (pratītyasamutpāda) and the unreality of a permanent self/soul.

You can read and hear a little more about about this by going back to my piece written for you in September last year called: “A gentle plea for a Buddhisto-Christian process religion.”

Anyway, whilst re-reading Hartshorne, I came across the philosopher Paul Weiss (1901–2002) because he and Hartshorne collaborated as editors of the “Collected Papers of Charles Sanders Peirce” and, towards the end of last year, I stumbled across a short interview with Weiss from 1974 (“Mid-twentieth century American philosophy: personal statements,” New York, Humanities Press, 1974, pp. 240-245).

In it, Weiss tells us that philosophy was, for him, primarily a discipline concerned about the clarification and extension of a broad vision about how the world is and our place in it, rather than a discipline overly focussed on certain, highly technical questions about, for example, grammar and logic. Although he valued the kinds of philosophy that were concerned with technical questions, in this interview he made it clear that he thought “without vision, technical skills are only sharp tools with no function.”

I’ll come to the “vision thing” in a moment but let me first note that we find ourselves still living in an age and wider culture which, often for good reasons, has come to privilege technical skills over visionary thinking and, as a consequence, it has developed a tendency to think it can solve humanity’s many and deepening problems with incremental, technical fixes rather than by making radical changes to our basic ways of thinking about, and being in, the world. I really don’t want to underplay the value of technical skills and technical fixes — they assuredly have their place — but, misused, they can easily serve to stop us from engaging in vital, visionary thinking.

Take climate change as the most obvious and pressing example. I have lost track of the the times I have heard that carbon-capture and storage technology (CCS), nuclear fusion, electric vehicles etc., will do the all heavy lifting required to save us from the impending disaster. As I have already indicated, I don’t doubt that each of these technical fixes may well have important roles to play in the bigger picture, but jumping immediately, and only, to technical, incremental fixes helps us avoid facing up to something we all know is true, namely,  that we must affect a radical, fundamental change of vision about how the world is and our place in it.

I would argue that, in liberal, free religious circles we are doing precisely the same thing and are today spending way, way, way too much of our limited time and energy on fixing technical questions connected with congregational and denominational survival and way, way, way too little time and energy thinking about what, if any, radical vision for a better, future world we are able to contibute to humanity’s wider conversations.

Right, so let’s now return to Weiss. When asked by the interviewers, Rosemary Desjardins and Stanley Hoerr, why do other philosophers concentrate on the more limited, technical questions?, Weiss replied as follows:

“It is dangerous to ask the big questions. You risk going counter to what everyone has been thinking about. You raise difficulties for yourself and others, and you have no well-understood place where you are to go. Your method is not clear and your categories not complete. You are adventuring and may fail. It is safer to do a highly competent job that does not have promise of great revolutionary success. Most men [and, today, we would add most women] would not venture if there is danger of abysmal failure” (ibid. p. 241).

Now, quite obviously, I as a minister of religion, and we as a tiny, local congregation, cannot offer the world any technical fixes that will be of any help to us on spaceship earth. But what I/we most certainly can do is the dangerous thing of asking the big questions, again and again, and insisting that those questions have a place in humanity’s broader conversations. As a liberal, free-religious community with a long history of radical thinking we have had a great deal of experience of raising difficulties for ourselves and others, and we always did this with no well-understood place where we were going because we always realised that, as the journey and conversation unfolded and new knowledge and insights were gained, our destination would also change. It’s important to realise that, along the way, our religious methods have rarely been clear and our categories have not been complete. Again, this is because we knew we are severely limited creatures (we are severely limited creatures) and we must, therefore, always remain open to new light and truth so as to be free to modify our methods and categories appropriately. This is the freedom to be tomorrow what we are not today that I often talk about. And we did this because we always knew we were adventuring for a new vision of humanity and that we may fail. We also always realised that it would have been safer for us to do a highly competent job of being traditionally religious in a fashion that neither challenged old religious thinking nor held out the promise of great revolutionary success rather than in striking out on the adventuring, visionary path we did.

In encouraging you week by week to consider our community’s many, still largely untried visionary, adventuring ideas — such as Faustus Socinus’ Buddhisto-Christian ones — I still have hope that, once again, we can find the courage to bring our liberal, free religious vision to the attention of a much wider audience.