Our life of enlightened things is sheltered by that darkness 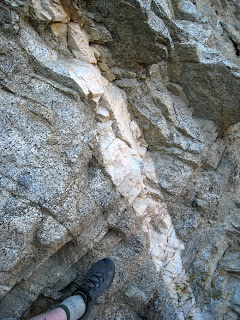 "From the perspective of loving attention, no story is ever over; no depths are ever fully plumbed. The world and its beings [which includes us] are a miracle, never to be comprehended, with depths never to be exhausted. Thus the sound human understanding is essentially a religious response to the Pathos [impressiveness] of existence, not a magical or superstitious one. It is a response that makes sheer acknowledgment, not control, central" (in Ethics without Philosophy, University Press of Florida, 1989, by James C. Edwards,  p. 236).

I went on to say that approaching the world thus was not merely an act of final and hopeless surrender to brute natural facts because loving attention allows a kind of 'disclosure' to occur in which we see that the world and its constituent beings are a miracle, never to be comprehended, with depths never to be exhausted. I concluded by suggesting that such a "disclosure" can inspire at least some of us to committed loving-action in the world by offering us an enabling, enlivening and impassioning vision of natural Divinity.

However, despite my encouraging words such a picture of natural Divinity will feel to many people not as an enabling, enlivening and impassioning vision but quite the contrary. The image that often pops into people's minds at the moment one begins to picture Divinity in a naturalistic non-personal way is of unfeeling, solid, impassive rock and that is, to many people, just a plain scary idea.

It seems worthwhile then to meditate a little upon what the idea of rock might show us about the world.

Given this fear it should come as no surprise to realise that many of our artistic or poetic depictions of rock seek to set it off attractively and divertingly by the addition of something else - a verdant and fertile plain or valley, a line of trees, some beautiful Alpine flowers, a shepherd's hut, or sheep safely grazing behind carefully built and lovingly maintained stone walls.

But these diversions - though undeniably beautiful - all too easily avert our gaze from the apparently harsh, hard, unyielding and cold rock itself. We consistently (though understandably) fail to heed the prophet Isaiah's (Deutero-Isaiah) advice: "Hearken to me, ye that follow after righteousness, ye that seek the LORD: look unto the rock [whence] ye are hewn, and to the hole of the pit [whence] ye are digged" (Isa 51:1). (Isaiah thinks, of course, that Abraham is the rock but I think his choice of metaphor allows us to consider Abraham himself as being hewn from that same rock - making us all sons and daughters of Rock).

In consequence I have long admired those who have been brave enough to address the rock directly such as the poets Robinson Jeffers, to whom we shall turn in a moment and Wallace Stevens, with whom we begin.

In one of Stevens' late poems called "The Rock" there is a passage which reads: "It is not enough to cover the rock with leaves. / We must be cured of it by a cure of the ground / Or a cure of ourselves that is equal to a cure / Of the ground, a cure beyond forgetfulness" (in Collected Poems) In a beautiful and thoughtful book about Stevens'poetry caed Things Merely Are (Routledge 2005) the philosopher Simon Critchley suggests that:

"What seems to be at stake in 'The Rock' . . . is the desire to be cured of the desire for poetry - which returns to the theme of therapy and gives it an unexpected twist. This is what Stevens means by 'a cure of the ground'. That is poetry can endlessly make 'meanings of the rock', but if these meanings are nothing when set against the rock, then they are worthless, they are gaudy baubles. The cure, then, is the rock itself, 'the main of things'" (pp. 83-84).

When we encounter the Rock - whether an actual cliff face rearing-up before us or, metaphorically, in the unyielding horror of a frightening and utterly indifferent natural event such as an earthquake - we are easily tempted to deflect our gaze from it by decorating it or obscuring it from view behind foreground scenery (whether poetical, theological or philosophical). Stevens' point, amplified for us by Critchley is, not that the making of poetry and theology are necessarily bad responses, but that they fail in their purported aim of revealing meaning and beauty in human life when they cannot be set against the Rock itself. An event such as the Haiti earthquake sets all our poetic, theological and philosophical endeavours against the Rock and, in an instant, so much of it is revealed to be utterly vacuous and gaudy. The only cure for this Stevens feels exists is to be found in the Rock itself.

If we can understand the Rock (if, that is Stevens and Isaiah are right) then somehow this would be to understand something about ourselves and, when we better understand ourselves, then there is a greater chance that the things we make (poïesis), as we dwell in the world, namely our poetry, theology, buildings, science, social systems and networks, language and politics, will be better able to be set against the Rock without seeming gaudy and vacuous.

We stayed the night in the pathless gorge of Ventana Creek,
up in the east fork.
The rock walls and the mountain ridges hung forest on forest
above our heads, maple and redwood,
Laurel, oak, madrone, up to the high and slender Santa Lucian
firs that stare up the cataracts
Of slid-rock to the star-color precipices.

We lay on gravel and
kept a little camp-fire for warmth.
Past midnight only two or three coals glowed red in the cooling
darkness; I laid a clutch of dead bay leaves
On the ember ends and felted dry sticks across them and lay
down again. The revived flame
Lighted my sleeping son's face and his companion's and the ver-
tical face of the great gorge wall
Across the stream. Light leaves overhead danced in the fire's
breath, tree trunks were seen: it was the rock wall
That fascinated my eyes and mind. Nothing strange: light-gray
diorite with two or three slanting seams in it,
Smooth polished by the endless attrition of slides and floods; no
fern or lichen, pure naked rock . . . as if I were
seeing rock for the first time. as if I were seeing through the
flame-lit surface into the real and bodily
And living rock. Nothing strange . . . I cannot
Tell you how strange: the silent passion, the deep nobility and
childlike loveliness: this fate going on
Outside our fates. It is here in the mountain like a grave smiling
child. I shall die and my boys
Will live and die, our world will go on through it's rapid agonies
of change and discovery; this age will die,
And wolves have howled in the snow around a new Bethlehem:
this rock will be here grave, earnest, not passive: the energies
That are its atoms will still be bearing the whole mountain above:
and I, many packed centuries ago,
Felt its intense reality with love and wonder, this lonely rock.

Approaching the world with loving-attention rather than as a riddle to be solved enables us to see through the Rock as it has often been presented to us by our culture because a feature of such love, to cite James C. Stewart, "is that it never literalises any perception; love is always ready to go deeper, to see through what it has already seen" (Edwards p. 236). Jeffers' love and wonder enabled him to feel that he had gone deeper and seen through what he has seen to what he calls the Rock's "intense reality" which, though "grave" and "earnest" is not at the same time "passive" for he sees in it "the energies / That are its atoms" - energies which are sufficient to bear up a whole mountain for millennia.

All this language is circling around what for me is a beautiful intuition that the Rock, the Earth is a "serving bearer" - it holds everything up, not just mountains but all sentient life and everything non-sentient (which has it's own kind of life). Without the so-called "brute" matter that is the Rock, the Earth or the "dark physis" - from which everything is hewn - nothing is made, not we ourselves, nor our poetry, theology, language, societies etc. etc.. As James C. Edwards beautifully sums up:

"If there were no darkness that surges and rises out of itself, no earth, then there would be nothing to emerge into the light of our conceptions, nothing to demand that light, however flickering. Our life of enlightened things is sheltered by that darkness" (The Plain Sense of Things, Pennsylvania State University Press, 1997, p. 169).

When we are faced again with what we will always be tempted to call brute, unfeeling "dark" natural facts or events it will, in my opinion, be worth remembering that "our life of enlightened things is sheltered by that darkness". This "darkness" - encountered so tangibly in the Rock - is what allows our very conceptions of goodness, truth, beauty and love to exist and to light up, if for only a moment, something of the deep, ultimately unfathomable mystery of being an existence.
Email Post
Labels: Haiti earthquake Isaiah James C. Edwards O Lovely Rock Panentheism Pantheism Robinson Jeffers Simon Critchley The Rock Wallace Stevens
Andrew James Brown
I'm a minister in Cambridge (UK) on the roll of the General Assembly of Unitarian and Free Christian Churches with sympathies towards a contemporary Lucretian inspired religious naturalism, new materialism and Christian atheism. Photographer, cyclist, walker, ex-jazz bassist. 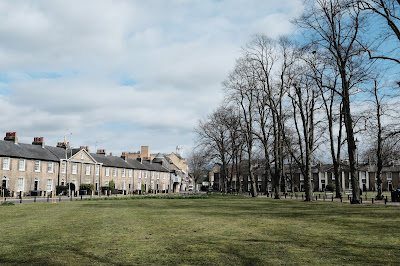