About me and this blog 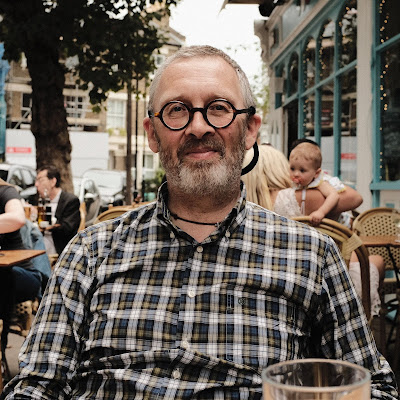 My name is Andrew James Brown and I'm a minister in Cambridge (UK) on the roll of the General Assembly of Unitarian and Free Christian Churches with sympathies towards a contemporary Lucretian inspired religious naturalism, new materialism and Christian atheism. Photographer, cyclist, walker, jazz bass player.
I also have a podcast called Making Footprints Not Blueprints which you can find at this link.

My blog, CAUTE, contains, for the most part, my Sunday morning addresses offered up to the congregation of the Memorial (Unitarian) Church on Emmanuel Road, Cambridge, UK, which seeks to be a modern, progressive, free-thinking and free-religious community. In that context I'm trying to offer people committed to the well-being of a secular, scientifically literate and democratic society, ways by which they may continue intelligently to engage with that society’s liberal Christian, radical Enlightenment, religious-naturalist and humanist heritage, as well as with other, non-Christian religious and philosophical traditions, which have contributed so much of worth and value to our modern, cosmopolitan culture.

I explore what this looks like in practice in my talk for the 2016 Sea of Faith Conference. You can read this at the following link:

The freedom to be tomorrow what we are not today. “The newer testament—the Gospel according to this moment”: Becoming “Free Spirits” and “Archeologists of Morning”

If you want to know why my blog is called CAUTE, just click on this link.

The best short (if allusive) description of my long-term general, overall philosophical position was articulated in 1956 by the philosopher Paul Wienpahl who wrote:

“As I see it, the point is not to identify reality with anything except itself. (Tautologies are, after all, true.) If you wish to persist by asking what reality is; that is, what is really, the answer is that it is what you experience it to be. Reality is as you see, hear, feel, taste and smell it, and as you live it. And it is a multifarious thing. To see this is to be a man without a position. To get out of the mind and into the world, to get beyond language and to the things is to cease to be an idealist or a pragmatist, or an existentialist, or a Christian. I am a man without a position. I do not have the philosophic position that there are no positions or theories or standpoints. (There obviously are.) I am not a sceptic or an agnostic or an atheist. I am simply a man without a position, and this should open the door to detachment” (“An Unorthodox Lecture”—1956).

It seems important to make it clear (to quote a colleague of Wienpahl’s, Herbert Fingarette) that my addresses “are outcomes rather than realised objectives. In making the journey, I have no aims. These studies are intellectual footprints, not blueprints.” Consequently, I reserve the right to change my current opinions and beliefs as the journey of life unfolds.

Some readers might find this winding, ongoing, developing philosophical/theological journey frustrating but I take heart from one of my early influences, Ralph Waldo Emerson who, in his essay Self Reliance, wrote that “A foolish consistency is the hobgoblin of little minds.”
For what it’s worth some of the important personal theological/philosophical influences upon me over the years have been (in no particular order): 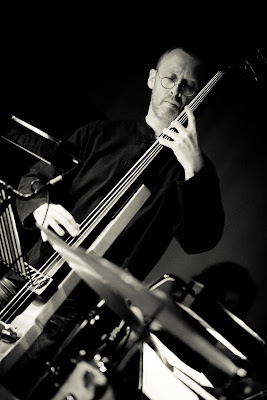 I was born in 1965 in Hoddesdon, Hertfordshire, and originally trained as a musician in the early 1980s at Colchester Institute where I studied double-bass with Tony Hougham, Principal Double-Bass at the Royal Opera, Covent Garden.


Since then I’ve worked as a jazz and rock double and electric bassist playing and recording, most notably, with The Flanagan Ingham Quartet, Steve Harley and Cockney Rebel, Chris Ingham and Jazz at the Movies.

Stan Britt (Author of The Illustrated Encyclopedia of Jazz and Frank Sinatra — A Tribute) kindly wrote of my playing: 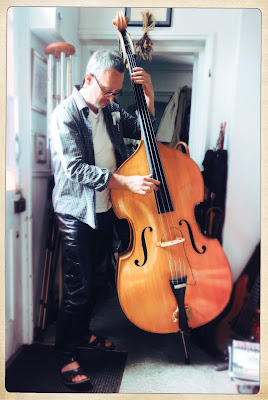 Andy Brown's full-toned bass is a linchpin of the [Flanagan Ingham] Quartet's musical activities. For this listener, he has the pivotal role similar to that occupied for forty years by Percy Heath of the MJQ. Indeed Brown's playing, whether as rhythm section anchor or occasional soloist, has much in common with the veteran American. Little higher praise can I offer than that . . . (Liner notes to the Flanagan Ingham Quartet's album Zanzibar).

And Jack Massarik, the Jazz critic for the London Evening Standard, once described me as “a committedly soulful player.”

I don’t play as much as I used to but on rare occasions you can still find me playing bass in the house trio (with Chris Ingham, piano and George Double, drums) at the Hunter Club in Bury St Edmunds. Here’s what some folk have said about us:

“Like being driven around in a Rolls Royce”—Art Themen
“It doesn’t get any better than this”—Enrico Tomasso
“Like having my own guys with me”—Peter King
“A Rolls-Royce rhythm section”—Mark Crooks
“Great trio and, more importantly, quite co-operative”—Alan Barnes

Another past musical project was my involvement with Riprap, a jazz quartet that recorded a set of poetry by the American Beat poet, eco-warrior, Buddhist and Pulitzer Prize winner, Gary Snyder. This quartet also worked with the British poets Ruth Padel, Malcolm Guite and Grevel Lindop.

Throughout my career as a musician I was always reading lots of theology and philosophy which was a great help when, in 1997, I went up to Oxford University (Harris Manchester College) to train for the ministry where I obtained a first class degree in theology.

In 2000 I took up the position of minister to the Cambridge Unitarian Church. I later obtained my Masters degree in the field of the Study of Jewish-Christian Relations through The Woolf Institutewhere (between 2009 and 2012) I worked as a tutor and researcher for their Centre for Public Education. Two major projects I helped write and teach for the Institute were a general course for Metropolitan Police Service and a course exploring end-of-life issues for the National Health Service. Between 2009-2012 I was a Police Chaplain with the Cambridgeshire Constabulary. In November 2007 I chaired a NATO sponsored conference at the Royal Military Academy, Sandhurston the subject of Engaging with Religion for Building Peace: The Experience of Afghanistan and Iraq.

I married the lovely Susanna in 1996.

Articles and book chapters:
1993-1997: Regular contributor to the techniques pages of Bassist and Guitarist magazines.
2002: “Martineau’s Hymn Books: his evolving thought and their influence on the Unitarian Movement” - Transactions of the Unitarian Historical Society Vol 22 No. 4
2002: “Is there a future for the Unitarian Christian tradition?” Prospects for the Unitarian Movement (ed. M. Smith, Lindsey Press, London).
2004: “John Henry Muirhead – A brush with the Unitarian ministry” Transactions of the Unitarian Historical Society Vol 23 No. 2
2005: “James Martineau: The Development of his Religious Thought and its influence on 19th Century Unitarianism as reflected in his editorship of his three hymn books” A James Martineau Miscellany (ed., A. S. Hankinson, The Martineau Society, Oxford).
2007: Co-author with John C. Morgan of “Daybreak and Eventide – A little book of prayers and worship for individuals, small groups and house churches” (Lighthouse Editions/Unitarian Christian Association).
2007: Author of a chapter entitled “The Religious Society of Czech Unitarians (RSCU) and the construction of Czech national identity” in The Religious Roots of Contemporary European Identity (ed. Lucia Faltin and Melanie J. Wright, Continuum Press).
2013: Author of two articles, “British Unitarian Hymnody” and “James Martineau,” in The Canterbury Dictionary of Hymnody (ed. J. R. Watson). 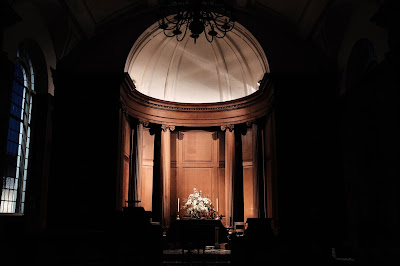 When is ruination not (quite) ruination?—Some Christian a/theist thoughts inspired by Heidegger and Bonhoeffer 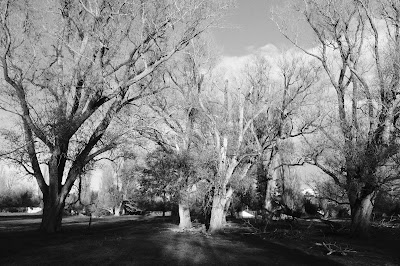 A few photos from a late afternoon, autumn walk along the River Cam into the Paradise Local Nature Reserve