Reason, the only oracle given you by heaven 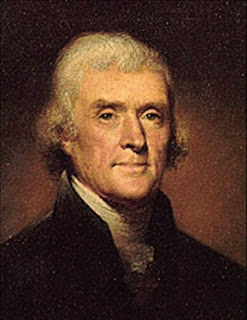 A sermon given at the Memorial Church, Cambridge & Girton College Evensong on 18 November 2007

Parables come in many forms and one of my favourite non-Biblical and comic examples is found in Monty Python’s film “The Life of Brian.” The PFJ, the “People’s Front of Judea” (Judith, Reg, Stan and Francis), are sitting in the forum discussing Judith’s idea that any “Anti-Imperialist group” like theirs “must reflect a divergence of interests within its power-base.” Francis agrees and he says, “Yeah. I think Judith’s point of view is very valid, Reg, provided the Movement never forgets that it is the inalienable right of every man . . .” Before he can finish Stan interjects, “Or woman.” Stan continues to add “woman” to every mention of “man,” and “herself” to every mention of “himself” until finally Francis asks him why he’s always going on about women. Stan replies, as I am sure you all remember, that he wants to be one, to be called Loretta and he also demands the right to have babies. Reg, the character played by John Cleese, can’t control himself any more, “But . . . you can’t have babies.” Stan replies “Don’t you oppress me” and Reg explodes “I’m not oppressing you, Stan. You haven’t got a womb! Where’s the foetus going to gestate?! You going to keep it in a box?!” After some more lunatic exchanges the “People’s Front of Judea” agree that they will fight the oppressors for Stan’s right to have babies as a symbol of their “struggle against oppression.” Reg, in quiet despair concludes the scene with an aside, “Symbolic of his struggle against reality.”

Now, in my role as a liberal Christian minister serving the Cambridge Unitarian church and also as an active member of various local and regional ecumenical and inter-faith bodies this parable has become increasingly important to me because it helps illustrate a vital aspect of faith that, in our increasingly secular age, is often missed – I refer to the fact that much in real faith is simply given and, in a culture obsessed by choice, it is easy to forget the importance of certain “lack of choices”. In just the same way that Stan cannot choose to have babies we cannot choose the cultures into which we were born nor our religious or philosophical upbringings and our personal religious and philosophical experiences.

Too many people in today’s world have naively come to view a human-being’s identity as being created wholly by choice – and that includes faith. In just the same way that we make choices about whether to have latte or a cappuccino it is easy to assume, in the liberal West at least, that various faith positions are laid out menu-like before one, and that a person simply chooses one from this list which suits their present mood and lifestyle. But one cannot choose faith like this. Think about it.

For starters, the place of one’s birth is hardly a matter of choice and I am sure we all recognize that if we had been born in Iran or Saudi Arabia the odds are we would have almost certainly been brought up as Muslims. If we had been born in Israel, Tibet or India we would most probably have been Jews, Buddhists and Hindus respectively. This is perhaps the most obvious example of a lack of choice in religion.

A second, and related example is the matter of personal religious experience. I had a religious experience in my early twenties about which I had no choice and, given that I was born in England into a Christian family, the imagery and language I used to explain, explore and interpret that experience was inevitably derived from Christianity. This religious experience was decisive in calling me back into a creative living dialogue with the Christian tradition and it eventually brought me into the ministry and so here today. It most certainly wasn’t one choice out of many possibilities on some menu board which made me say, “Uhmmm . . . I think I’ll have one Christian ecstatic religious vision to go please!” But what if my upbringing had been different and that the vision had been one in which I described not God understood through the life and teachings of the man Jesus of Nazareth but God understood through Krishna or the teachings of Mohammed? If that encounter had been as affecting as the one I had (and I have no reason to doubt that those who have religious experiences within Hinduism or Islam were not just as powerfully affected as I was by my own) then I have no problem imagine taking myself off to some Ashram or seeking membership of some Sufi order and spending a life in devotion to God in those contexts. Wild horses wouldn’t hold me back.

These examples, and there are many others, simply cannot be rationally chosen and, especially in our own age where it is impossible, or should be impossible, for any of us to hold any religious or philosophical position without simultaneously being aware that it is only one option amongst a myriad number of other available possibilities, we must find ways creatively to acknowledge this and live with the consequences. To an extraordinary degree we have to acknowledge that we are who we are because of contingent unchosen elements. Not to acknowledge this would be to be rather like Stan and to be struggle against reality.

But, like Stan, this given reality can sometimes weigh upon us and bring us to utter despair. Tradition, one’s birthright faith can feel like the worst kind of trap because it cannot be undone – it is just there. No wonder, then, that many are tempted to deny its importance or even existence, they try to ignore or forget it and make some claim that we can choose freely and absolutely some other identity.

However, there is one another given about which we have no choice and it is one which redeems and transfigures all the others. Moreover, it is given to all peoples in all places and times – an appropriate point to make in an educational institution that draws its students from different cultures and faiths around the globe. It is, as the writer of Proverbs put it, the human spirit which is “the candle of the LORD, searching all the inward parts of the belly” (Proverbs 20:27). This verse was the watchword of the Cambridge Platonists and you can find it in emblazoned in one of the windows of Emmanuel College. This spirit, this candle of the Lord, is nothing less than Reason – the human and divine faculty or capacity for truth seeking and problem-solving. Thomas Jefferson (1743–1826), the third President of the United States and the principal author of the Declaration of Independence in a letter to Peter Carr once memorably said:

Lay aside all prejudice on both sides, and neither believe nor reject anything because any other persons, or description of persons, have rejected or believed it. Your own reason is the only oracle given you by heaven, and you are answerable, not for the rightness, but uprightness of the decision (Thomas Jefferson to Peter Carr, 1787 ME 6:261)

The Irish poet, dramatist and suffragette Eva Gore-Booth (1870–1926) wrote a short poem called Form which can helps us unfold this thought a little further (quoted in The Oxford Book of English Mystical Verse. Ed. Nicholson & Lee. Oxford: The Clarendon Press, 1917):

THE BURIED statue through the marble gleams,
Praying for freedom, an unwilling guest,
Yet flooding with the light of her strange dreams
The hard stone folded round her uncarved breast.

Founded in granite, wrapped in serpentine,
Light of all life and heart of every storm,
Doth the uncarven image, the Divine,
Deep in the heart of each man, wait for form.

It seems to me that within every religious given there lies an uncarven Divine image and it is the creative and divine gift of Reason which can help us shape this raw material in ways that can reveal and release this universal but as yet uncarven image. The light of Reason brought to bear on the apparent raw and fixed given-ness of so many elements of our personal faith and religious experiences reveals to us that it is good material and as such necessary for us if we are to become artists filled with God’s free and creative spirit. Although we cannot choose our initial material we are graced with Reason which can help us reshape, recast and reinterpret it. We may not be free to choose the place of our birth, the religious environment in which we grew up, the religious and spiritual experiences we may have had but, but God’s gift to us of Reason is what allows each of us to take the givens of our life and to learn, as did the Psalmist they have “fallen unto us in pleasant [places]” and so be able to say “yea, I have a goodly heritage.” Jesus knew this intimately and it is why he could say with complete confidence: “Ask, and it will be given you; search, and you will find; knock, and the door will be opened for you. For everyone who asks receives, and everyone who searches finds, and for everyone who knocks, the door will be opened.” He had understood the power of Reason to recast, reshape and reinterpret the givens of his own life in ways that honoured the past but which always remained creatively open to a new and developing future.

In the light of this, here in this city of learning and this beautiful college chapel I simply ask that we consider two things in the coming years . The first is that we should, as scholars and people seeking faith, give ourselves over completely to the task of developing the divine gift of Reason in ourselves. The second is to use this gift, not to deny our past traditions and experiences, but to reshape them into beautiful representations of the all inclusive God of Love.

To conclude, I return to the parable from “The Life of Brian.” In a gently comic way we see just this process occurring. The decision of the PFJ to affirm the right of Stan to have babies, even though both he and we know he never can, is an example of acknowledging that though some things cannot be changed his friends, as loving, compassionate and reasoning people, can find a way of recasting and reinterpreting the situation so that Stan is not trapped and destroyed.
May each of us have the wisdom to accept the gifts of our birthright faiths and cultures and, in the divine light of gifted Reason release from that material a new and better world for all who follow us in God’s glorious creation.