Stand and face me, my love, and scatter the grace in your eyes 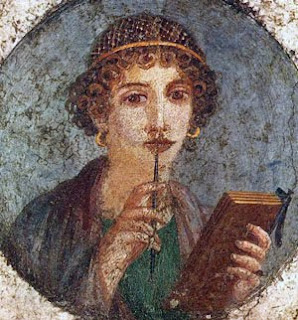 "To think being, Heidegger says, means to respond to the appeal of its presence, in a response that stems from and releases itself toward the appeal. But this means to exist as a human being in an authentic relationship as mortal to other mortals, to earth and sky, to the divinities present or absent, to things and plants and animals; it means, to let each of these be - to let it presence in openness, in the full appropriateness of its nature - and to hold oneself open to its being, recognising it and responding to it appropriately in one's own being, the way in which one goes on, lives; and then, perhaps, in this ongoing life one may hear the call of the language that speaks of the being of all these beings and responds to it in a mortal language that speaks of what it hears (Albert Hofstader's introduction to 'Poetry Language and Thought' by Martin Heidegger).

On this Valentine's Day one way we may overhear and be reminded of the language that "speaks of being to all beings and responds to it in a mortal language that speaks of what it hears" is in witnessing love given and received between two people. Sensing the presence of love they may say to each other as Sappho once beautifully said:

"Stand and face me, my love,
and scatter the grace in your eyes"
(Sappho, Fragment 138 - trans. Willis Barnstone)

May the glimpses of love that we see together and gather as reminders be kept in our hearts so that love's grace may be scattered continually amongst us all.
Email Post
Labels: Albert Hofstader Heidegger James C. Edwards Lenin love Michael McGhee Sappho St Augustine Valentine's Day Willis Barnstone
Andrew James Brown
My name is Andrew James Brown. I’m a philosophically/theologically inclined writer with sympathies towards Shin’ichirō Imaoka’s understanding of free religion (自由宗教), Christian atheism, D. G. Leahy’s “thinking now occurring for the first time”, a Lucretian inspired religious naturalism, new materialism and Kyoto School philosophy; also a photographer, cyclist, walker and jazz bass player. In addition to this, I’m the minister of a small, liberal, free religious community in Cambridge (UK)