To pluck the living flower 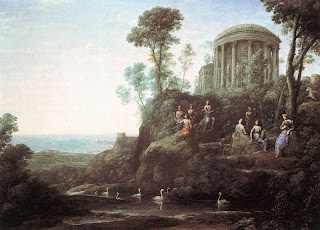 Last week Susanna and I went to Anglesey Abbey to look at the snowdrops. We were graced with a windless, cold, sunny day which only seemed to heighten their beauty. Their presence has remained with us throughout the week.

I'm in a particularly Lucretian mood at the moment and have been  re-reading again his sublime poem "De Rerum Natura" - On the Nature of Things - as well as corresponding with a beloved old friend and teacher on the delights of Epicurean philosophy, the philosophy Lucretius adopted. Yesterday, as I was wondering what on earth to say today, he sent me a set of thoughts centering around the opening to Book 4 of De Rerum Natura in which Lucretius imagines himself walking on the Muses' mountain. You will remember that in Greek mythology the Muses were the goddesses or spirits who inspired the creation of literature and the arts. In David R. Slavitt's recent translation (which I thoroughly recommend) the passage reads:

The air is thin up here and it's hard to breathe as I pick
my way along the heights of the Muses' mountain, putting
one foot after another as carefully as I can.
No one has walked this vertiginous path before, and I feel
both fear and exhilaration, as I look round at flowers
no man has ever seen, let alone gathered to make
a chaplet for his brow. My purpose, as well, is lofty -
to free the minds of men from the bonds of their
superstitions.


Ah, "to free the minds of men from the bonds of their superstitions". This seems to me to remain a central task of a religious community such as our own.

The snowdrops and my friend's nudge towards the opening of Book 4 of DRN arrived in my imagination at the same time as, what might at first seem like an unlikely bedfellow of a text, Karl Marx's 1844 essay "A Contribution to the Critique of Hegel's Philosophy of Right". This essay contains one of the most quoted anti-religious sentences of all time, namely religion "is the opium of the people." But, when you read the sentence in context you will quickly see that Marx is not mindlessly dishing religion but saying something along these lines - religion is founded on false premises and has shaped the way people view and talk about the world. However, even such a false view of the world has enabled people to express its real suffering and to protest against it, it has been the "sigh of the oppressed creature, the heart of a heartless world, and the soul of soulless conditions." All these things are true but, and it is a huge "but", traditional religion has never enabled a proper cure, it has only ever masked reality from people, and so its ameliorating effect upon its adherents can meaningfully be compared with opium. Marx thought that if he could persuade people to stop taking the drug then simultaneously they could "give up their illusions about their condition" and also "a condition that requires illusions."

Does this not aim sound remarkably like Lucretius' - "My purpose, as well, is lofty - to free the minds of men from the bonds of their superstitions." This is probably not entirely coincidental because Marx's doctoral dissertation of 1841 was entitled "The Difference Between the Democritean and Epicurean Philosophy of Nature."

The connections don't stop there. You will recall in Slavitt's translation the moment where Lucretius speaks of gathering flowers to make "a chaplet for his brow". In the rather more strict translation by W.H.D. Rouse the line reads: "I love to pluck new flowers, and to seek an illustrious chaplet for my head.

Marx concludes the opening section of his essay with a similar image designed to express something of the hope he has for humanity after it has abandoned superstitious, supernatural religion:

"Criticism has plucked the imaginary flowers on the chain not in order that man shall continue to bear that chain without fantasy or consolation, but so that he shall throw off the chain and pluck the living flower. The criticism of religion disillusions man, so that he will think, act, and fashion his reality like a man who has discarded his illusions and regained his senses, so that he will move around himself as his own true Sun. Religion is only the illusory Sun which revolves around man as long as he does not revolve around himself."

Is it too much to suggest that Marx was up there in the mountain of the Muses with Lucretius when he wrote this? I don't think so. Both Marx and Lucretius wanted us - you and me - to pluck living flowers and to do that by consciously abandoning a supernatural view of the world.

Even though religion's basic intentions (whether Greek, Roman or the Judaeo-Christianity), its cry for justice, its desire for solace and meaning, its desire to pluck flowers were absolutely real and to be taken with utmost seriousness and respect. Marx and Lucretius thought the flowers followers of religion plucked were imaginary and the pleasure they gave them was like that offered by a strong opiate which could effectively mask the pain of the chains which bound people tightly to many dysfunctional and oppressive systems of government and belief.

Flowers can teach us many things - consider the lilies of the field Jesus taught us - and it seems to me that one of them is to offer us glimpses of how we might begin to experience the joyous freedom of living in this natural world free from the fear of oppressive gods and religious institutions. So freed we can be deeply grateful for Nature's life giving potential but without ever feeling that she is a brutal, domineering and oppressive god whom we should fear and whom we should seek to ameliorate by offering up endless sacrifices and intercessory prayers. On this matter the Czech writer Karel Capek wrote:

While nature (or God) can be ruthlessly cruel towards the solicitations of human care, as every farmer or gardener knows, its cruelty is in fact only a temporary suspension of its otherwise reliable generosity. (The ever-present threat of such suspension is what keeps human care both anxious and humble in its relations to nature.) Fortunately for the creatures of the earth, nature by and large tends to fulfill its obligations and promises. And fortunately for the gardener, there is enough of Eden in the mortal earth that despite the vagaries of the weather, the miracle of life erupts and blossoms year after year. Thus, even in January, "without the gardener having suspected or having done anything, crocuses and snowdrops have pricked through the soil" (quoted in Harrison, Robert Pogue, Gardens - An essay on the Human Condition, University of Chicago Press, Chicago, 2008, p. 28).

Considering the snowdrops of the field can, if we are disciplined and mindful in our looking, begin to free us from chains of superstition and repressive religion and Marx and Lucretius thought the discipline of such a world view was to be had in some way by engaging in and with the natural sciences. But it seems to me that Marx wasn't quite as hip or wise as Lucretius. Marxist philosophy has often thought that religion was understood only to be an instrument of mystification, error and domination and they simplistically contrasted this with the truth of science. In general Marxists have failed to see that religion (and many other cultural constructs), though clearly at times continuing to act as an instrument of mystification, error and domination, also often expressed helpful, liberating utopian ideals and anticipations of a better world which, in turn, have helped us see deficiencies in our world and human organisations and to clarify what should be fought for to bring about a better future. The one Marxist thinker who most fully realised this was Ernst Bloch - and I recommend his work to you.


Lucretius' genuius, on the other hand, was to see that the language of traditional religion and the gods could continue to be used when it allowed us to express beautifully and with attractive rhetorical power our anticipations of a better world just as long as we were careful not to fall back into a naive supernaturalism. (On the importance of poetry and rhetoric see here - especicially my citation of a 1938 review by Michael Roberts). All this was summed up for me by my beloved friend and teacher only yesterday in an email to me on this subject:

". . . the gods are reborn by means of Lucretius' poetic discourse, not to tyranny over us, but they do awaken us to the sacred precincts of nature where we may gather and sing hymns of praise, and they allow the spirit to soar as it seeks poetic expression to fundamental truth, which is free of religion."

This thought brings me to Mary Oliver's poem "Moccasin Flowers" (Volume 1 and Volume 2 of her New and Selected Poems cam be found here) - indeed my friend had recently reminded me of her fine body of work. In the following poem, with which I conclude, she succeeds in singing a hymn of praise which can help our spirit soar and which also gives us a poetic expression fundamental truth which is entirely free of supernatural religion. As we struggle to move forward into a new way of being religious (really the subject matter of my entire blog) I think her words, and those of Lucretius (and to a lesser extent Marx) show us a glimpse of a path we might follow. To be sure it is somewhat vertiginous and we will have to tread it with both fear and exhilaration but the prize is worth it - our minds freed from the bonds of superstitions.

All my life,
so far,
I have loved
more than one thing,

including the mossy hooves
of dreams, including'
the spongy litter
under the tall trees.

and burn down. Sometimes,
in the shadows,
I see the hazy eyes,
the lamb-lips

of oblivion,
its deep drowse,
and I can imagine a new nothing
in the universe,

the matted leaves splitting
open, revealing
the black planks
of the stairs.

But all my life - sofar -
I have loved best
how the flowers rise
and open, how

Mike Tyldesley said…
Andrew. I think you will find that when Marx came out with his "opium of the people" line he was actually quoting one of the british Christian Socialists. Can't remember which just now, but I'll check for you.
28 February 2010 at 19:06

Mike Tyldesley said…
No. I'm wrong. Charles Kingsley used the same line 4 years later. But, it seems the Marquis de Sade had used a similar line rather earlier than Marx. Interesting.
28 February 2010 at 19:09

Yewtree said…
Nothing to add, but just wanted to say how much I like this blogpost, and what you are doing in the way of developing non-supernaturalist religion.
1 March 2010 at 10:00

Andrew James Brown said…
Thank-you Yewtree - you have been, more than perhaps you realise, an invaluable companion on this rather difficult, vertiginous, path.

Yewtree said…
Thanks Andrew, I am very glad to hear it. I have found your ideas very inspiring in my own spiritual & intellectual journey.
22 March 2010 at 11:14