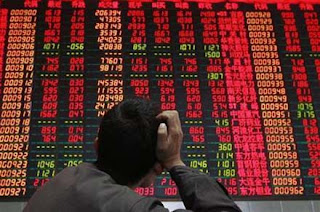 When last week Mervyn King the Governor of the Bank of England, a man as embedded in the world of free-market capitalism as it is possible to be said, "This is the most serious financial crisis we’ve seen, at least since the 1930s, if not ever" then we know we should be taking serious note and begin to think about what might be the ramifications of the nasty unravelling of the system we have been observing since 2008. King also said that, although "we’re having to deal with very unusual circumstances" it is important "to act calmly to this and to do the right thing".

But this is quite hard thing for regular folks to do because in any technical sense at least we feel - are - utterly powerless and unable to act and, as we watch, on the one hand, precipitous drops in our wages, savings and pensions and, on the other, alarming rises in the cost of our food and fuel we can hardly go about feeling calm can we?

It should be obvious to everyone that this mixture of powerlessness and worry is very toxic and can - and I would say is, especially in countries like Greece - lead to a desperate state of affairs where people begin to think that, since the present system is no longer capable of delivering up what has be called (thought of as) financial well-being the only thing to do, other than merely carrying on with increasing desperation, is to lay an axe at the roots of the whole "tree", the whole system, and to bring it crashing down so that the task of planting elsewhere a new "tree" with new roots and fruits can be got on with.

Now, sometimes, this radical cutting down of a tree (or a system) is required. The tree is truly sick, it must be felled and a new one planted if we are to have a hope of a crop in the coming years. I have no doubt that each of us will have a different view on whether this is or is not the case with regards to the present financial system and I know that today it is unlikely that we would find here consensus on this matter. But what is clear, however, is that an important conversation is now beginning across Europe on this subject. As some of you will know over the last two weeks even the BBC broadcast a two-part documentary called "Capitalism on Trial" presented by the former Conservative MP Michael Portillo.

But, as Mervyn King noted, in any crisis situation where the circumstances are unusual it is vitally important "to act calmly . . . and to do the right thing".

Maybe cutting down the tree, i.e. the present system, is what will ultimately need to be done. But taking the opportunity we still have at this moment to be calm about things it is vital to recognise that if we only have in our heads an image of cutting down a tree and replacing it with another this can easily stop us from seeing an important additional matter that must be explored during any time of crisis - namely our own behaviour.

Because it is an image that locates the problem wholly in the tree, in the system, it can stop us from examining ourselves. The problem is perceived as being external to us, "out there" - a problem for which there is or might be an easy external technical solution. In this case to replace one tree or system with another. But Jesus' "Parable of the unfruitful fig tree" found in Luke opens up for us a space in moments of crisis during which we have the opportunity to reflect upon our own behaviour:

"A man had a fig tree planted in his vineyard; and he came looking for fruit on it and found none. So he said to the gardener, 'See here! For three years I have come looking for fruit on this fig tree, and still I find none. Cut it down! Why should it be wasting the soil?' He replied, 'Sir, let it alone for one more year, until I dig around it and put manure on it. If it bears fruit next year, well and good; but if not, you can cut it down'" (Luke 13:6-9 NRSV).

Jesus' parable reminds us that the current poor state and unfruitfulness of any given tree may not wholly be the fault of the tree itself but in the way *we* are behaving towards it. Notice that in the parable the wise gardener does not rule out the possibility that in the end the tree may still need to be cut down, but what he is primarily concerned to get us to see is that during the interim there must be some kind of change of attitude, a change of behaviour - a change in the way we are being-in-the-world.

The parable is a reminder that there is always a relationship between the gardener and the tree whether that tree is to be axed or saved. By extension, I want to make it clear that there is *always* a connection between us and the kind of society (with its associated financial systems) we live in whether it is to be swept away of saved.

It seems to me this parable is for us vital to heed because it rempowers us in a key, fundamental area of life during a very disempowering time. Although we cannot ourselves, right now, get inside and control the utter craziness of the markets, or alter the mad "logic" of the financial system we can in this moment of our history begin explore how we might go about changing our basic way of being-in-the-world. We can be undertaking some good ground-work as all good gardeners do.

There are many things I think we must look at but, for me the most pressing, is how as a society we have come to think that we can find happiness in having lots of money to spend on lots of stuff. But I'm with Epicurus (341BC - 270BC) in thinking that this is wholly wrong-headed.

Of course, it is an obvious point that friendships help happiness but to this basic insight Epicurus added the need for the constant presence of one's friends and, to achieve this he set up his Garden Academy where his friends lived together in close proximity though in their own private quarters. Precisely this solution is not possible for us but in this community, with its regular gatherings for worship, eating and conversation we can create something similar which cuts against the modern trend towards social isolation and excessive individualism.

With regards to self-sufficiency or freedom, in founding his Academy Epicurus desired that its members should be financially independent, economically self-sufficient and not answerable to dreadful bosses for one's income. This third-century BC approach in what was still, broadly speaking, a rural environment is clearly not going to be possible for us in the same way in a twenty-first century urban environment, but we can affect something relevant to our own place and age which is to free ourselves from our present mental and psychological slavery to the belief that our happiness depends on endlessly buying stuff we simply don't need. Together, as genuine friends, we know we don't need to buy the fanciest clothes, the newest TVs and computers or whatever to value ourselves and others, to see the deep value and worth that is found in friendship and good company.

One of the key things we do with our friends in this place of meeting - in addition to expressing our gratitude for our friends and freedom - is to take time to analyse our lives and it is the analysed life which is Epicurus' third good. Alain de Botton sums this up as:

"A life in which we take time off to reflect on our worries, to analyse what is troubling us. Our anxieties quickly diminish if we give ourselves time to think things through and to do that we need to take a step back from the noisy distractions of the commercial world and find time and space for quiet thinking about our lives."

Again this kind of reflective life is what a church such as this can provide.

With these three goods in mind we can move to a basic Epicurean insight that is absolutely relevant to the present pressing and debilitating, disempowering fear that all our wages, savings and pensions might soon be going down the pan. Here's how Alain de Botton presents it (in his short documentary on Epicurus which you can watch by clicking on this link). 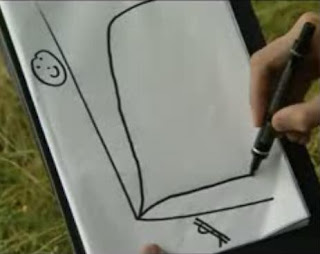 "Of course, having loads of money never made anyone unhappy. But I think the lovely idea in Epicurus is that if you are denied money for whatever reason and yet you have his three goods . . . then you'll never be denied happiness. And, conversely, if you've got loads of money but you're lacking [the three goods] then, according to Epicurus, you'll never be happy. So if you try and draw this relationship between happiness and money on a graph - imagine that on the left hand-side of the graph you've got levels of happiness and then on the bottom you've got levels of income. Now for Epicurus as long as you've got levels of money to provide you with the essentials of life you can be happy fairly early on if you have his three goods and you won't get any happier the more money you accumulate. The level of happiness stays pretty steady. However, if you've got loads of money but you haven't got any friends, you're not self-sufficient, and you've got loads of anxieties then your level of happiness is going to stay very flat. And I think that is a lovely, consoling idea for anyone who is worried that they might actually lose their money or is denied the chance to make any."

I realise that none of this changes the fact that we are in the most serious financial crisis we’ve seen, at least since the 1930s, if not ever. It doesn't make clear whether the axe *is* laid at the roots of our free-market capitalist society or whether even significant manuring is going to keep it alive. Time will tell. But whether or not it is for the chop or for rescue we can do something here and now that will help in either case - we can gather in friendship, we can insist upon our freedom to value things other than mere products, and together we can find time and space for quiet thinking about our lives. In short happiness is not denied us and the possibility of having an abundant life promised by both Jesus (John 10:10) and Epicurus remains, here at least, alive.

(NB. Of course it is vital to realise that whenever the situation arises where people no longer have levels of money which can provide them with the essentials of life then we're into a very different situation than the one I outline above. Let's hope we do not see that day arise . . .)
Email Post
Labels: Alain de Botton analysed life ataraxia Epicurus Financial Crisis freedom friendship Greece happiness Jesus Mervyn King Parable of the unfruitful fig tree Self-Sufficiency
Andrew James Brown
My name is Andrew James Brown. I’m a philosophically/theologically inclined writer with sympathies towards Shin’ichirō Imaoka’s understanding of free religion (自由宗教), Christian atheism, D. G. Leahy’s “thinking now occurring for the first time”, a Lucretian inspired religious naturalism, new materialism and Kyoto School philosophy; also a photographer, cyclist, walker and jazz bass player. In addition to this, I’m the minister of a small, liberal, free religious community in Cambridge (UK)