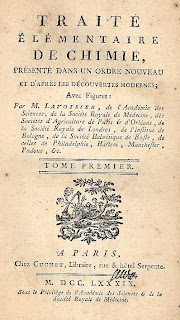 In Drury's opening chapter, called "Words and Transgressions" he presents us with five fallacies about language. I brought them before you three years ago and do so again today in revised form because I think they remain of great practical import to us both as a church and as individuals (all quotations in this post are found between pp. 1-5).

Drury begins his chapter with a quotation from Proverbs 10:19: "With a multitude of words transgressions are increased". It's highly relevant because he is aware that in psychiatry (as I am suggesting in religion) "words can lead us into confusion, misunderstandings, error. Confusion when talking to patients, misunderstandings when we discuss mutual problems with our colleagues, error when in solitude we try to clarify our own thinking".

This seems to mirror the situation here as we are, I think, a kind of admixture of patients and colleagues. In the first instance we all come here looking for something therapeutic and healing in our lives and, in the second place, in any genuinely liberal religious community we must also be acting as colleagues or co-workers with each other in the search for meaning and what we call truth. Additionally, in so far as we actively take time to think about the things we do and talk about together we, too, will also be spending time in solitude trying to clarify our own thinking.

Drury's first fallacy, which we'll re-consider today, he calls the "fallacy of the Alchemists." He gives it this name because of something noted by the eighteenth-century chemist  Antoine-Laurent de Lavoisier (1743-1794). It was Lavoisier who, rather than continuing to use the old names given to substances and compounds that he inherited from the alchemists, introduced into chemistry the modern system of naming where different substances and compounds were identified by the basic elements from which they were formed. So, for example, what was once known as "Glauber's salt" or "sal mirabilis" became called "sodium sulfate." Another evocative, alchemical name he cites is "fuming liquor of Libavius" (spiritus fumans libavii) which is today called "stannic chloride" or "tin tetrachloride."

Lavoisier made it clear (in his Mémoire sur la nécessité 1787, 14, 16-17 and Rapport sur les nouveaux caractéres chimiques 1787 in Oeuvres 5:378]) that he believed by doing this he was introducing to the world "a method of naming" as distinct from a "nomenclature."  (See Jessica Riskin's book Science in the age of sensibility from Chicago University Press).

I realise that today the word "nomenclature" also refers to systems of naming but I'm following Lavoisier and Drury in using the word here to point to the way a culture slowly, unsystematically, unscientifically, and even poetically, appends names to certain things or situations. This doesn't mean that these "nomenclatures" are useless rather here I am concerned to help us recognise that their usefulness is to be found precisely in their inexactitude and ability to evoke, or gesture towards, certain important more general aspects of human experience not necessarily covered by scientific "systems of naming". The inexactiness of "nomenclatures" is exactly what is required from them!

Now why is making this distinction important for us as a religious community? Well, we can begin to see why by turning to the introduction to Lavoisier's treatise (Traité Élémentaire de Chimie of 1789). He wrote:


"If languages really are instruments fashioned by men to make thinking easier, they should be the best possible kind, and to strive to perfect them is indeed to work for the advancement of science. For those who are beginning the study of science the perfecting of its language is of high importance."

A little later he continues, musing on the problem of using the old names, to say that:

"It is not therefore surprising that in the early childhood of chemistry, suppositions instead of conclusions were drawn; that these suppositions transmitted from age to age were changed into presumptions, and that these presumptions were then regarded as fundamental truths by even the ablest minds."

Reading these words Drury realised that he had to admit that the situation of his own profession of psychiatry was "only too comparable" with that which Laviosier saw occurring in early chemistry. If we are honest with each other I think it is also clear that in our own religious engagement with each other a similar situation obtains.

It should be apparent to most of you that many religious people and their atheist opponents (of both liberal and conservative inclination) have often made the mistake of believing that their traditional religious (or atheist) "nomenclature" is, or was capable of becoming, a scientific system of naming. But believing this is possible/true does not make our religious thinking either easier or clearer. Far from it and here's why.

I can still delight in and explore both the sound, poetry and historical use that piece of alchemical nomenclature "fuming liquor of Libavius." Thanks to intellectual historians we now know that it is wrong to think of the early alchemists as simply proto-chemists as they were people engaged in a much more complex and wide-ranging spiritual quest. However, as they continued to think about the results of their experiments many of them were lead in a direction which has since then flowered into our modern discipline of chemistry. One result of the their experiments was, for example, what they called "butter of tin" produced when they mixed this "fuming liquor" with water. It was called "butter" because of the consistency of the substance formed - it was named out of their embodied experience of the substance - its appearance (not inappropriately) led them to this name.

However, today, thanks to Lavoisier, I can simultaneously turn to a scientific system of naming which tells me that the "fuming liquor" is "tin tetrachloride", that "water" is "dihydrogen monoxide" and, when they are mixed together, "tin tetrachloride pentahydrate" is formed. The chemist, thanks in part to their "system of naming" knows something very clear about what's going on here. Using this "system of naming" we can gain a certain kind of "objective" purchase on certain things and processes of the universe that is simply *not* available to me if and when I continue to try to work only with the complex and tangled, if beautifully evocative, web of "nomenclature" that gives me "fuming liquor of Libavius", "water" and "butter of tin."

Now here's a religious example - though, as you will see here a vitally important asymmetry appears. I can still (and still do) delight in, play with and explore the sound, poetry and historical use of that piece of nomenclature "God". But, unlike in chemistry, I cannot today also turn to a scientific system of naming that tells me what "God" is in a way "tin tetrachloride" tells me what "flaming liquor of Livabius" is. It should be absolutely clear from this that the word "God" only functions for us as part of a religious "nomenclature" and *not* as part of any meaningful "system of naming."

This means that we must be especially careful to heed Drury's warning to "beware lest from this unsystematic nomenclature suppositions are drawn, which then become presumptions and only too easily pass over into established truths."

I hang my head and weep whenever I see this happening - which is, alas, a great deal of the time both within our own liberal religious communities and in other more conservative ones.

However, whenever I can see the word "God" being used as part of living religious nomenclature - for example in a beautiful liturgy - and the person or community that is using the word "God" is gently mindful of this history of use, then the word "God" begins to do again what it should be doing, namely, to help us "show", feel or gesture towards, and meaningfully share with each other, a certain stance in the world rooted in a kind of wisdom and knowledge about the human world that is as equally important to us as is our scientific knowledge of the physical world.

In our own community's history of use such a "God" can only be named and known by doing things like incarnating love, compassion, justice and the paradigmatic, general showing of this kind of understanding of "God" is seen for us in the person of Jesus. As the Taizé chant we often sing in the evening puts it: "Ubi caritas et amor, Deus ibi est" - "Where charity and love are, God is there."

"God" is not a natural substance like "tin tetrachloride" (nor any other natural thing) and, for the love of God and neighbour we must never forget this.

Yewtree said…
Yes, "God" is a poetic term, and gestures towards the ineffable.