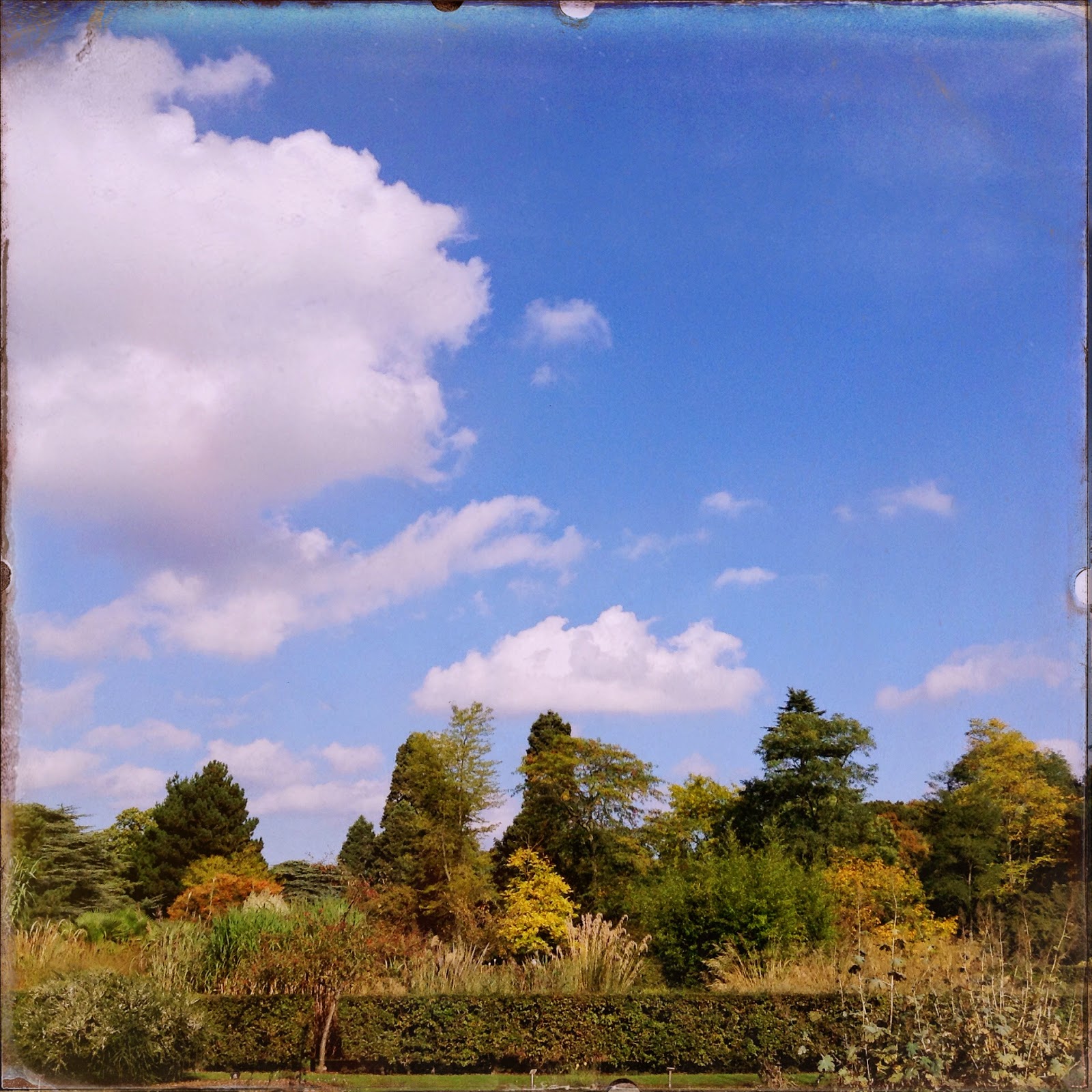 Today I spent a long while in the Cambridge University Botanic Garden mostly walking and thinking but also reading a few selected passages of Henry Bugbee's "Inward Morning" and Bashõ's "Knapsack Notebook" in preparation for next Sunday's Harvest address. The Garden was looking spectacular and I include in this post just a few of the photos I took today.

However, while I was walking at one point my mind went back to an address given last Saturday afternoon in at the Norwich Unitarian Chapel (The Octagon) by the Revd Cliff Reed who particularly drew on a passage about autumn written by John Goodwyn Barmby (1820-81).

Barmby was born in Yoxford, Suffolk. In his youth, he was very active in radical politics. In Suffolk, he was a leading Chartist and, while still in his teens, he spoke at political rallies and helped to form the East Suffolk Working Man's Association. He moved to London and initiated several radical projects in politics and publishing. In 1840, on a visit to Paris, he coined the word 'communist', and used it to describe his political philosophy, His communism was, however, based on Christian principles (rather than being derived from Marx and Engels) and, in a letter of about 1846 to the Ipswich Unitarian John Glyde, he stated 'that early Christianity was Communism'. His Christianity was unorthodox, though, and tended towards pantheism. 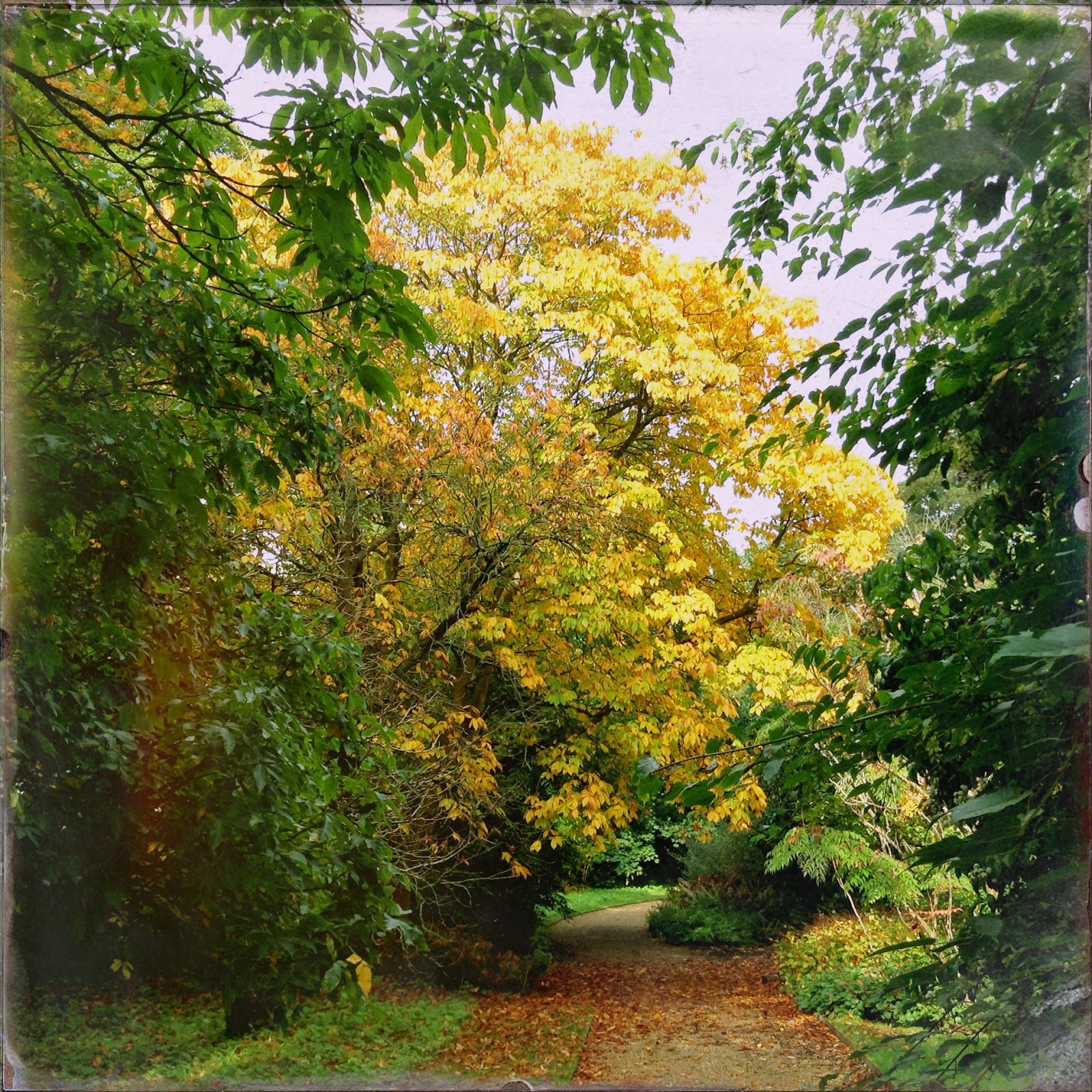 In the late 1840s Barmby became a Unitarian under the influence of the Rev. William Johnson Fox M.P., a Suffolk man as radical in his religion as he was in his politics. Barmby began to preach in the Unitarian church in Southampton, and entering the ministry served congregations in Devon, Lancaster and Wakefield. He applied unsuccessfully for the Ipswich pulpit in 1854. Although his politics moderated a little with age, he remained both radical and socialist and was very active in the campaign for universal suffrage. Retiring to the family home — 'The Vines'— in Yoxford in 1879, he held services there 'which were notable for their intensely devotional and liberal spirit'. He died on 18th October 1881, his funeral being held in the Framlingham Unitarian Meeting House. He is buried in Framlingham town cemetery, Fore Street, where his gravestone describes him as 'Preacher and Poet and true worker for God and his fellow men'. (See this link for more information about East Anglian Unitarian history.)

Firstly, here is his poem "UNITY". It can be found in his 1864 volume "The Return of the Swallow and Other Poems". It clearly reveals his pantheistic tendencies:


Existence is composed of circles, all
In one great circle, and the centre — GOD.
There is one common life for star and clod,—
The clouds which rise, again in rain must fall.
All things are one, in progress and in end;
And as the individual man must be
Free to form part of free society,
Before in truth he calls the king his friend,
So must each nation, crowned with liberty
As with a glory, dwell in its own light,
By others hindered not; until, God-led,
Of its own free will it longeth to be wed.
And joineth hands with others. Glorious sight!
One world, one people, and one common Head! 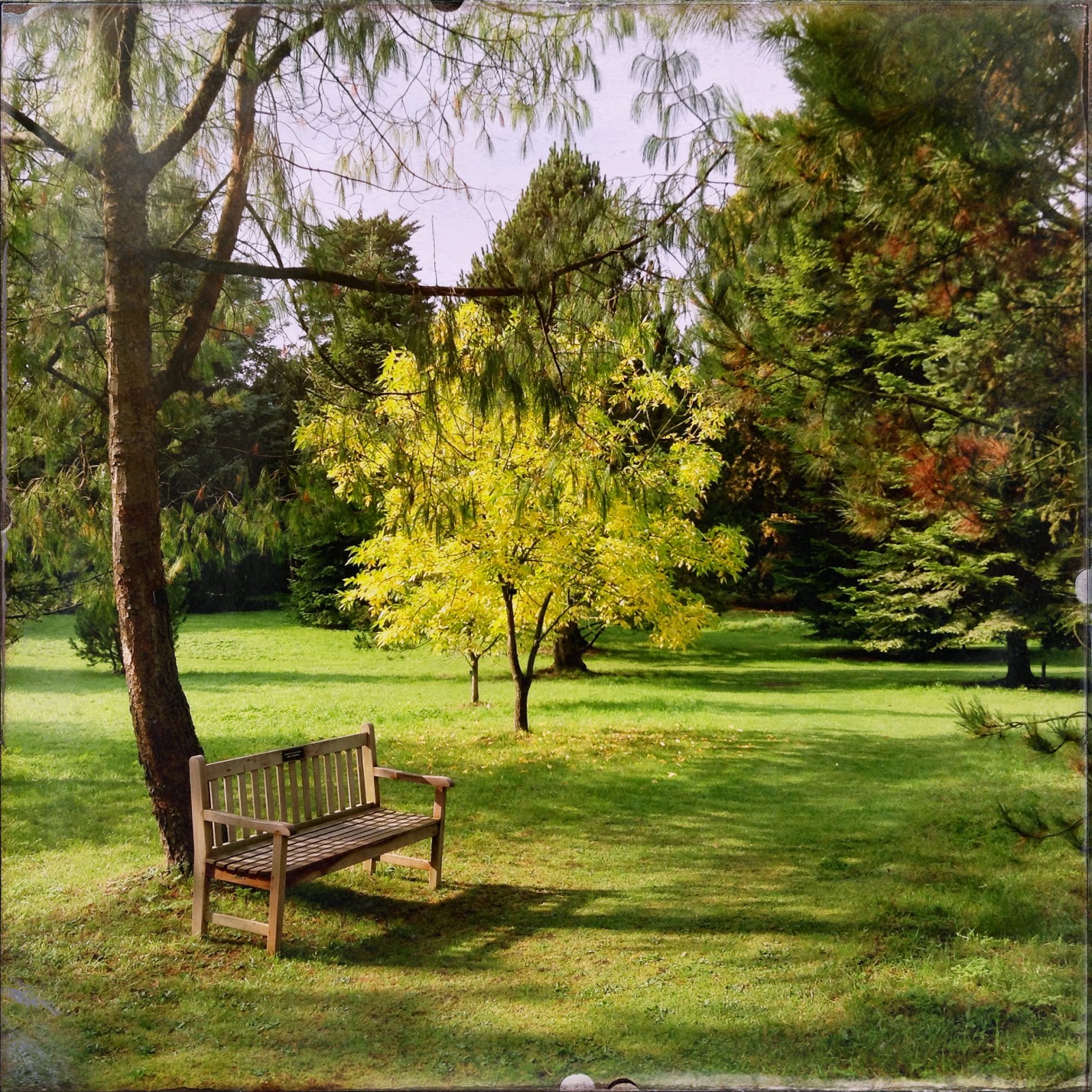 And here is the chapter entitled "THE RELIGION OF AUTUMN" from which Cliff drew some extracts. It can be found in Barmby's 1865 volume, "Aids to Devotion; or, Religious Readings in the Order of the Natural and the Christian Year":

GOD is deep in nature. God is the God of the seasons. As their poet sings in his sublime hymn:

“These as they change, Almighty Father! these
Are but the varied God. The rolling year
Is full of Thee.
Thy bounty shines in autumn unconfined,
And spreads a common feast for all that lives.”

The fruits of autumn are like the good works of religion. As the tree is known by its fruits, so is the soul by its deeds. There is a virtue, however, in season and out of season, and still there is a time to weep and a time to laugh, a time to sow and a time to reap. The season for us is the present season, whether it be spring or autumn, seed-time or harvest. One season depends, nevertheless, upon another. If we sow not good seed in the spring-tide of our youth, we shall reap tares, and not wheat, in the autumn of our age. The Author of nature is the God of mercy — His mercy shines throughout all His works. Behold the autumnal crocus! Its delicate lilac flower rises from the ground, frail and naked, with no sheath to keep firm its tender petals, and with no foliage to shelter it from the inclement blast. Yet God preserves that fair and tender blossom; and if we bloom in like circumstances of adversity, how much more will He preserve us? 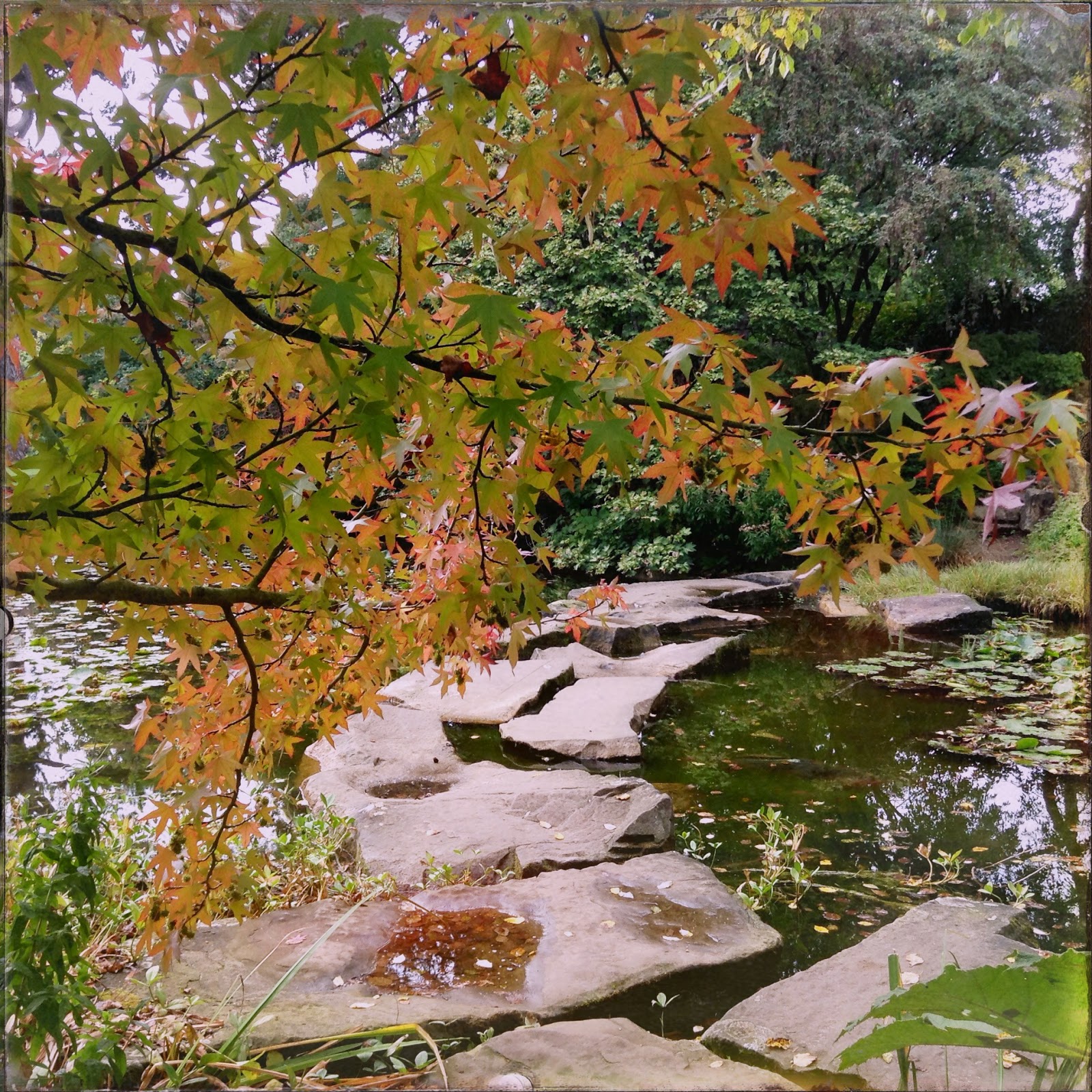 Who has not rejoiced in the work of the harvest? How beautiful are the fields when they are ready for the reaper! From the green shoot of spring to the golden stalk of summer, with what changes of colour have they blest the scene! And the cornfields of autumn — how richly brown or how delicately fair do they bow as if in homage to the passing breeze, as the breath of God; or stand under the stillness of the sky, like meek disciples gathered in quiet adoration, and calmly awaiting the reapers, as these await the celestial husbandmen, to gather them into the ripe sheaves of harvest!

What religious inspirations are to be derived from the harvest-field! In the fields waving with the golden grain, which is at once food for the body and independence for the mind, how generously good appears the character of the Divine Author of nature! By the benignity of the God-made laws of nature, those corn-fields glow, those ripe harvests wave in amber richness, the uncoined wealth of mankind. In the series of the seasons, the Deity has ordained their growth and perfection. Thus bless we God for the general beneficent laws which He has ordained through-out nature. Yet let us not forget that His kindness is united with His wisdom. Our God, our universal Father, is God the Light as well as God the Love. He has even in His generous gift of harvests acted as a considerate as well as kind Parent. He has granted us the season of harvest, but He has given us motives for preparing for it. Unless we culture our ground, our harvest will be barren. Hence we have a motive for industry, which is ever the enemy of vice and the friend of virtue and true religion. Not the idle hand, listless with ennui, or, if ever active, active for no good purpose; but the working hand — that noble hand! that holy hand! tanned though it may be with sultry suns and horny and hairy with excess of toil — should rightly, according to God's law, reap the harvests of the world and garner the sheaves of a generous autumn! The honest labours of the field are intimately allied with the good works of the spirit. The industrious is rarely a vicious, generally a moral, man. Were physical labours more general, the harvest of spiritual virtues would become greater. 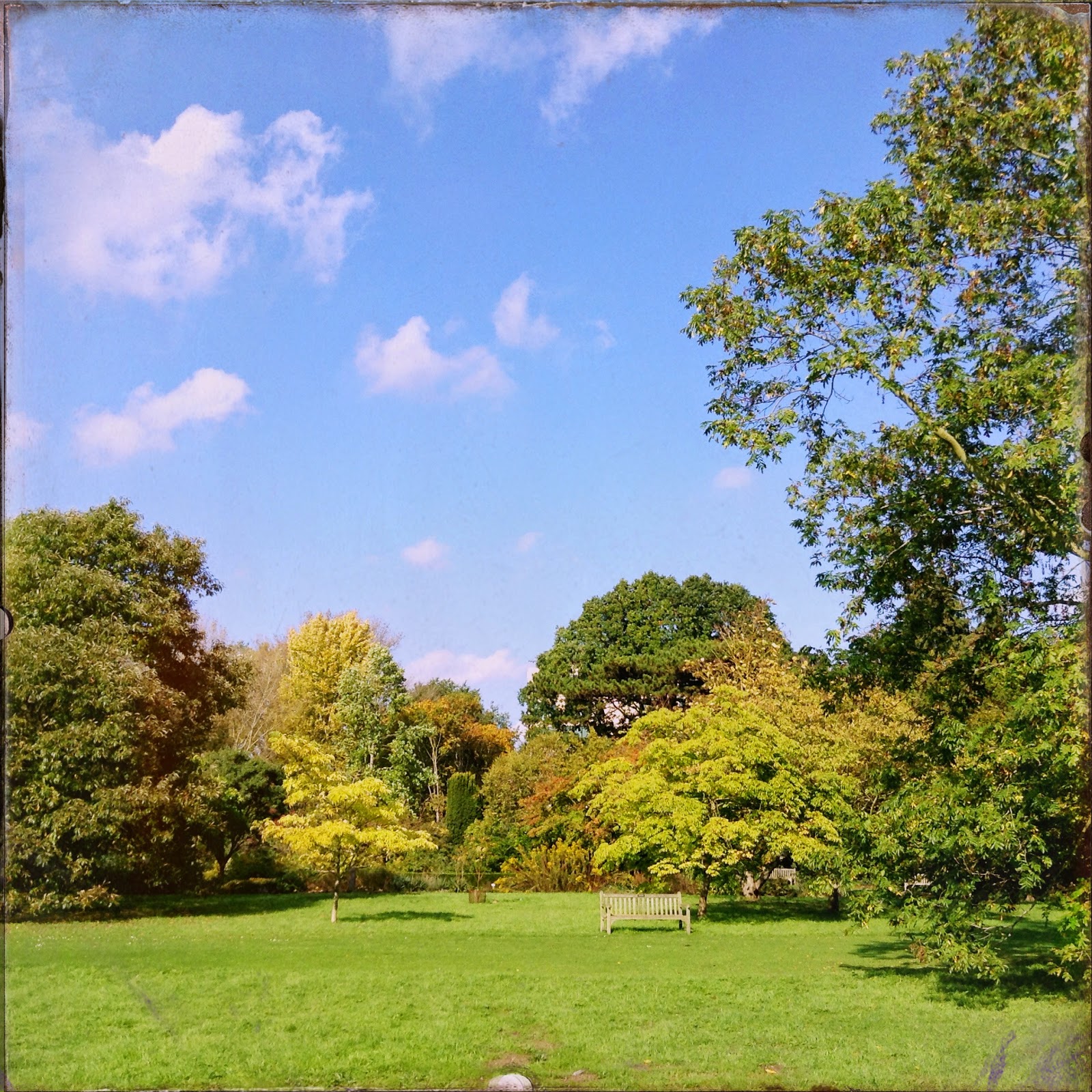 The religion of autumn is often sad. It preaches of the falling leaf, of the dying year, of the departing soul. There is a dirge-like note in its anthem to God, a toll as of a passing bell upon the autumn winds. The funeral service of the year is chanted by its hollow echoes. As the corn falls beneath the sickle, so do men die under the scythe of the reaper Death. The dirge of the falling, leaf mingles mournfully with the autumnal breeze as it sobs amid the fading woods; and we remember the lines of Ebenezer Elliott—

Yet even the woods of autumn may afford a glorious and consoling prospect. They fade from the vernal green of their youth, but in the autumn of their age they are brightly clothed in leaves of red and yellow, and look smiling in their decay, like virtuous patriarchs whose old age is beautiful with the glowing deeds of a well-spent life; while the very fall of the leaf of such trees has a music in it, which sings of an enriched ground, whence shall arise heirs as glorious in bole and foliage as their forest ancestors. May Autumn thus console us ; may she heal the wounds she gives; and may we ever find in external nature a blessed revelation of God's love for us! And may Leigh Hunt’s beautiful words be realized, and our earth go on —

“Growing harvests of all good
Day by day, as planets should,
Till it clap its hands and cry,
Hail, redeemed Humanity!
Earth has outgrown want and war!
Earth is now no childish star!” 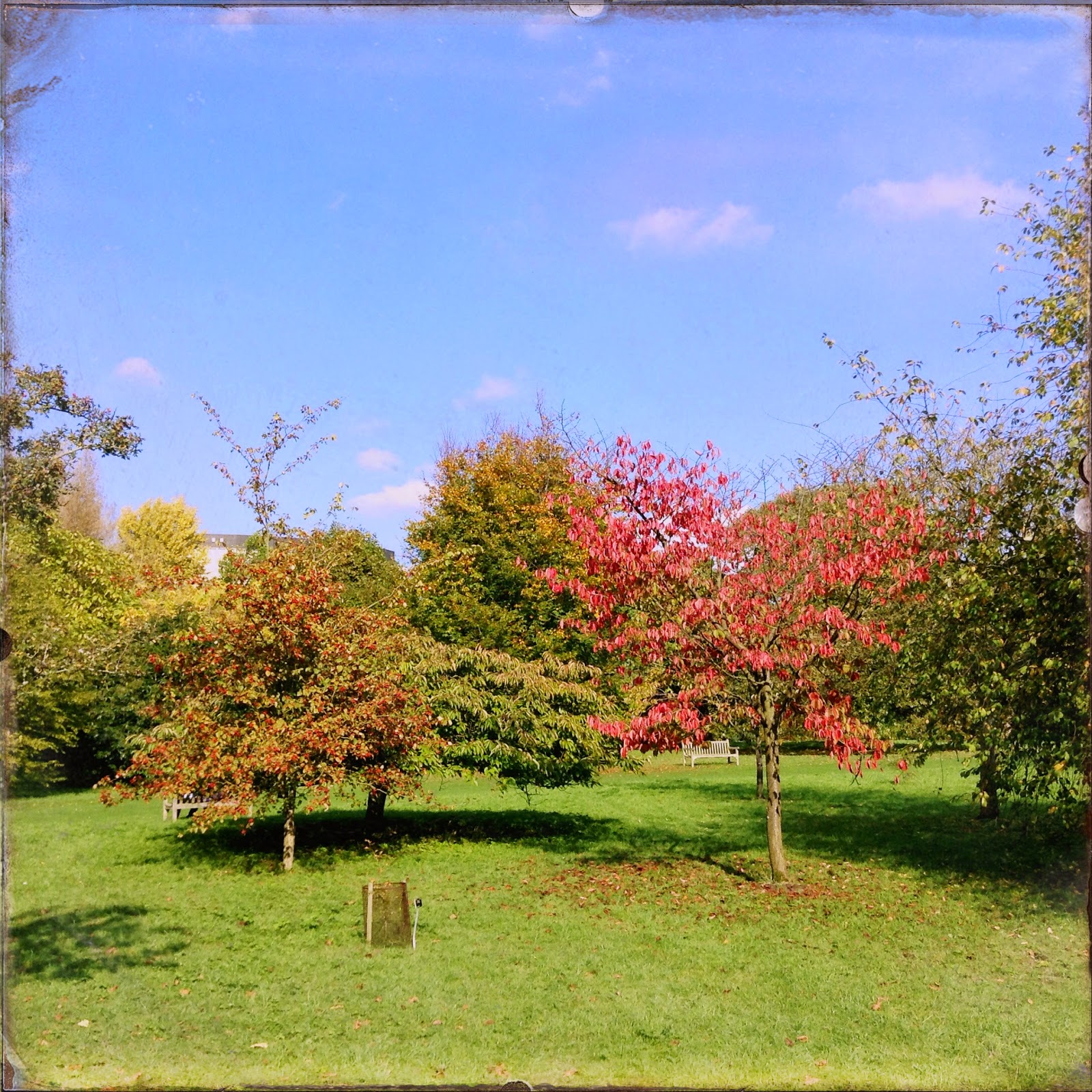 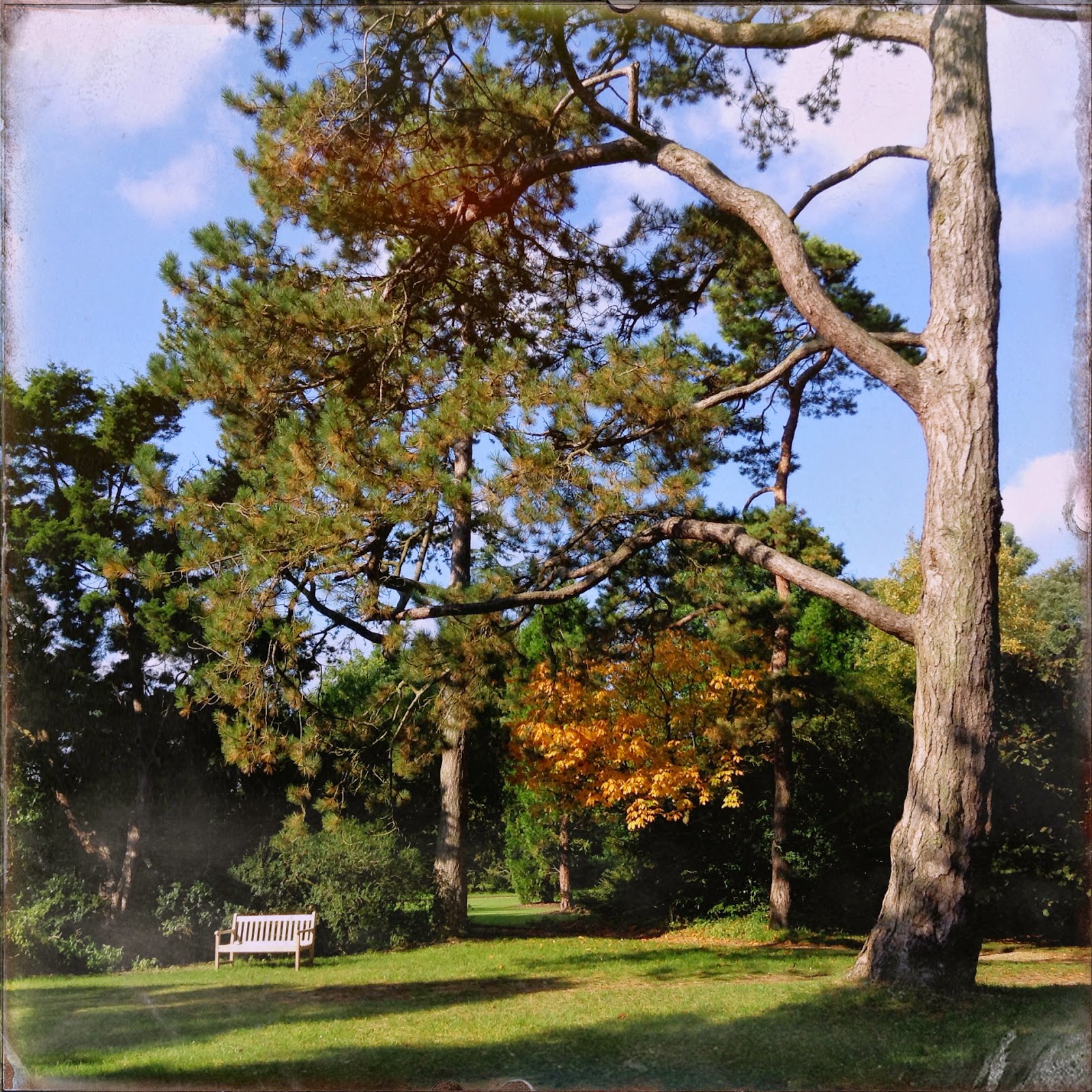 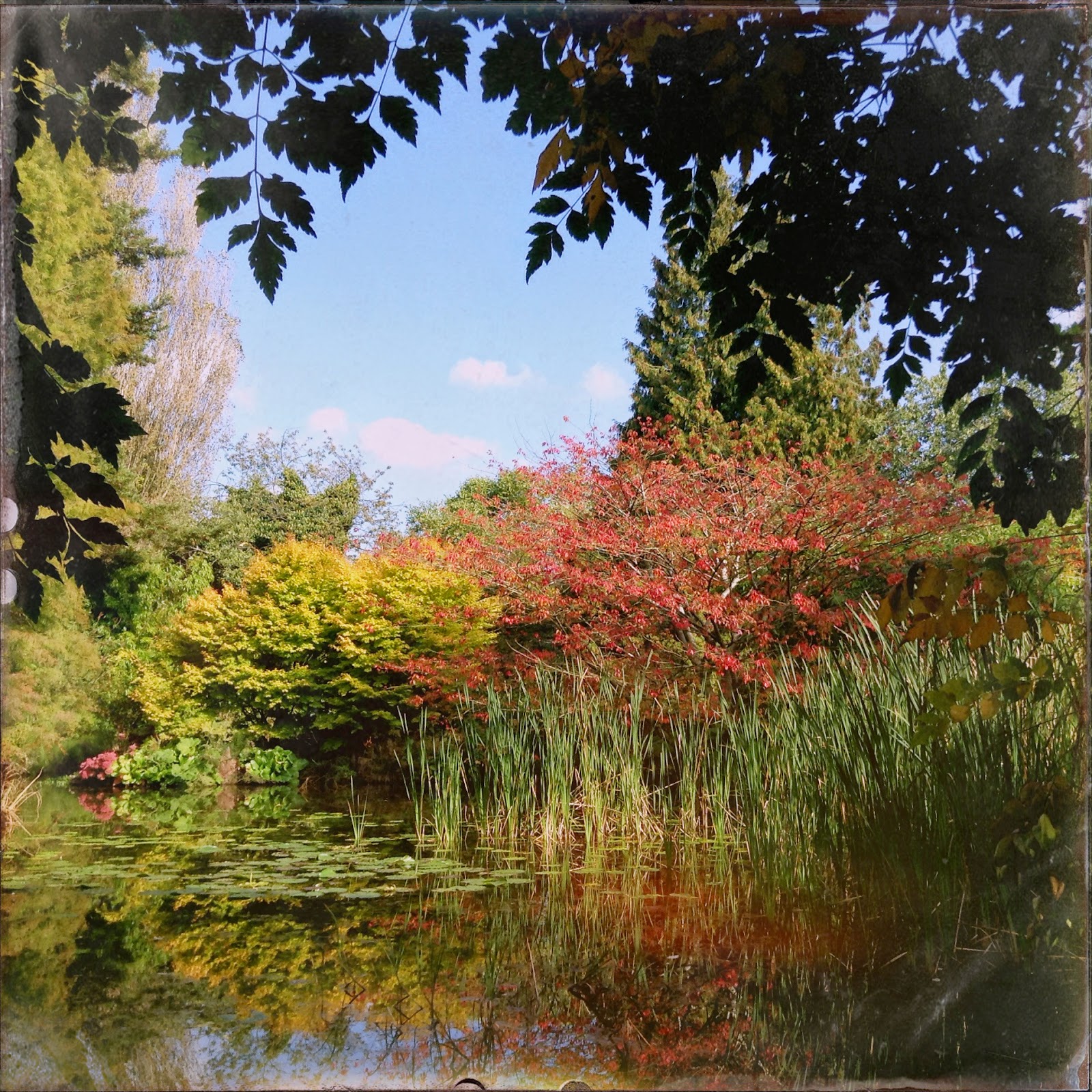 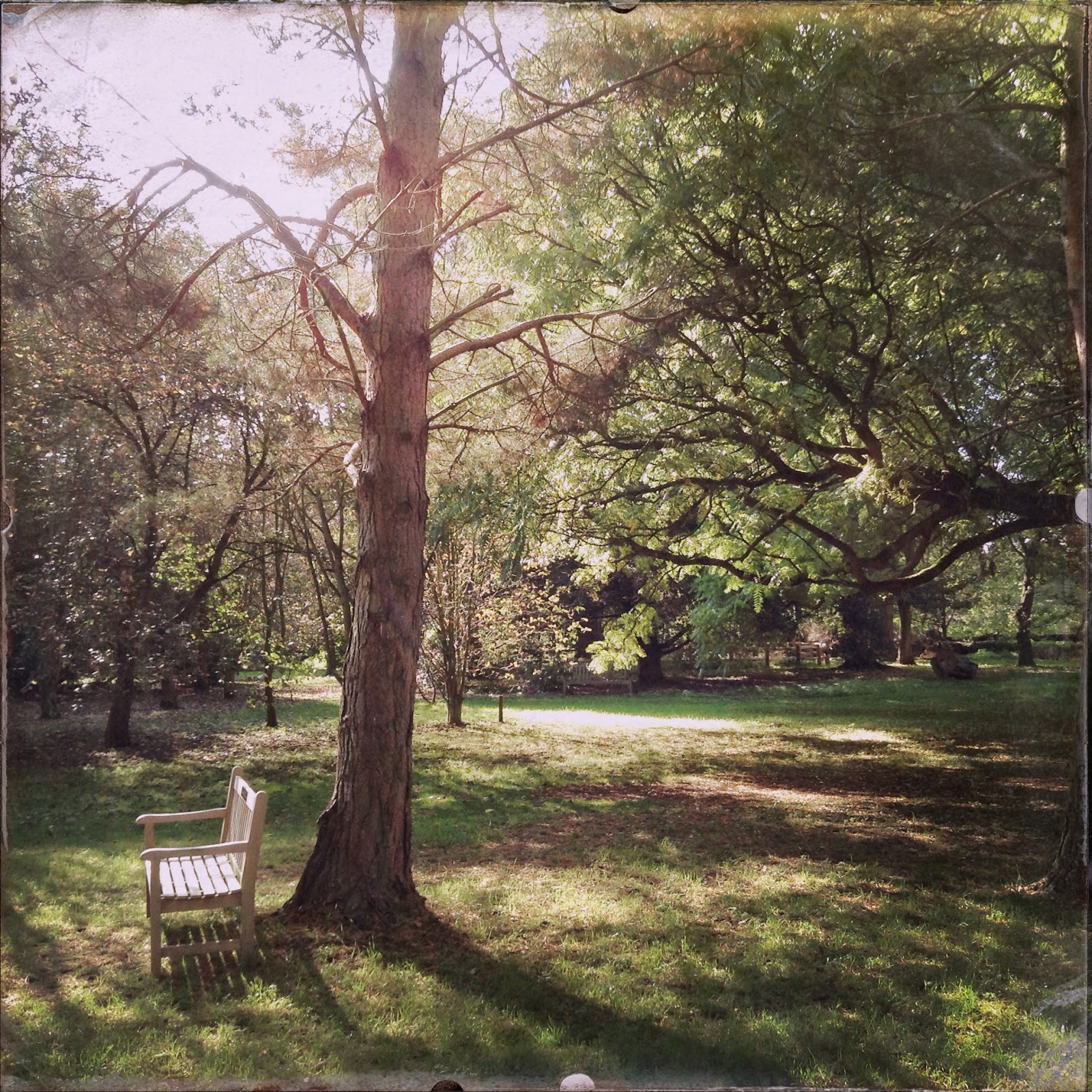