The biologist E. O.Wilson's foreword to Loyal Rue's "Everybody's Story — Wising up to the Epic of Evolution" 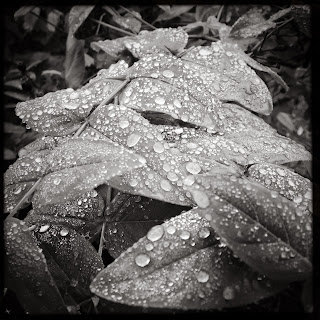 Yesterday I gave an address in the Memorial (Unitarian) Church, Cambridge suggesting we consciously adopted the Epic of Evolution as our community's central story and it was fascinating to see that, in terms of folk who spoke to me afterwards (which was more than usual), it split folk pretty much down the middle; one half thought the suggestion was wildly misguided and/or plain wrong, the other thought I had hit the nail on the head. I expected some kind of push-back but not one that was so polarised. One point that came up from those not well disposed to my suggestion was that they could simply see no need or point for such a story within a religious setting.

So, by way of providing additional food for thought on this matter, I reproduce the eminent biologist, E. O. Wilson's foreword to Loyal Rue's book "Everybody's Story — Wising up to the Epic of Evolution" both for it's intrinsic interest and in order to encourage some readers of this blog to get a copy to read themselves.

Homo sapiens can justly be called the mythopoeic species. Human beings must have an epic, a sublime account of how the world was created and how humanity came to be part of it. The brain’s architecture automatically makes up stories; and the mind it creates is a theater of competing scenarios. The brain is not confined, animal-like, to instant sensory impressions followed by rough associations of these impressions with past reward and punishment. Instead, it searches continuously backward across time to re-create past events, real and imaginary, and forward to invent future scenarios. Stories that are pleasing to reason and emotion outcompete others less so. Replacing them, they serve thereafter as maps of future action. During this process the self, the central protagonist of the scenarios, is perceived within the present-moment scenario as having reached a decision.
The primal instinct of narrative, of continuous scenario invention, is what makes the human brain superior in performance. In dreams we construct stories of unconstrained fantasy. In gossip we evaluate others with tales of their exploits and foibles. And in religious myths we repeat the epics that ennoble our lives, our tribe, and our species. Religious epics satisfy another primal need. They confirm that we are part of something greater than ourselves. They say, Death may claim your precious self, and those you most love, but it will not claim the tribe or sully the benefits that empower the tribe.
To have credibility, the religious epic must be thought superior to the stories of competing tribes. Even to think otherwise is, in the eyes of fundamentalists, heretical, blasphemous, and traitorous. Superiority of one’s religious epic is a sacred imperative.
To justify religious epics, the two connate properties of human nature, the narrative and spiritual drives, have always served to divide humanity. They create a terrible dilemma: How are we to satisfy them, even enrich them, without the continuance of falsehoods that promote divisiveness and conflict? Is there a way to evolve a great epic that is at once universal, spiritually satisfying, and, above all, truthful? The quest for such an epic is the subject of Everybody’s Story. Loyal Rue’s argument is as bold as it is brief: The way to achieve an epic that unites humanity spiritually, instead of cleaving it, is to compose it from the best empirical knowledge that science and history can provide of the real human story. Spirituality is beneficent to the extent that it is based on verifiable truth. I find his argument persuasive.

And, lastly, for the moment anyway, here's a recent short interview with E. O. Wilson on the BBC Newsnight programme in November 2014.