Six ways of looking a fenland reeds— a light that gives clarity and sharpness . . . that subdues and blurs 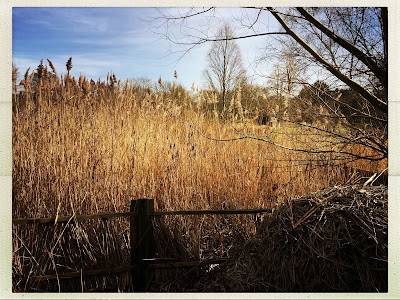 I've recently been re-reading Edward Storey's book "The Solitary Landscape", his 1975 journal about the Fens that I first read not long after it was published. As regular readers of this blog know that I, like Storey, love the Fens. I love them I'm sure because they remind me of the flat, marshy, coastal landscape of Essex on the Tendring Peninsular where I grew up. In consequence, coming to live and work in Cambridge on the edge of the fens in 2000 was a kind of homecoming for it, too, is a landscape neither fully land nor fully water. But, land and water aside there is also the shared special quality of light found in such flat landscapes and light is, of course, an obsession of all visual artists including photographers such as myself.  Here is how Storey begins Part Four of the book called "Spring Light And Full Circle"


Freedom
I would always come back to this land, as I said at the beginning, for the low light of evening and the bright day's awakening. Light has been a recurring theme of this journal and being made aware of it again on this spring morning I suppose it is the one quality of the fen country that is most difficult to convey in words. One can talk about distance in terms of miles. It is possible to describe the flat land of rivers and farms. One can talk about the character of the people and give some idea of the great skies. But how can I write of the light in the fens so that a stranger might know what I mean?
It is an elusive quality that I am after. It is true to say that some days there is a dazzling spread of light over the whole land that makes everything shine. It is true to say that some days there is a very soft lustre in the as that gives every house and field a quiet beauty far removed from winter's bleakness. It is a light that gives clarity and sharpness. It is also a light that subdues and blurs. But it is always there, even on wet days, in each season of the year, and always it influences one's view of the landscape itself ("The Solitary Landscape", Victor Gollancz, London 1975, p. 143)

Well, today, the light was wonderful as Susanna and I walked round the Cambridge University Botanic Garden.  Right in the middle is a little section of the garden devoted to fenland flora. As we got to it the sun suddenly shone on it full, bright and surprisingly warm for a February day and I could not resist taking a photo of the lovely scene before me. But the richness of the light on this little patch of fenland was such that not only was there to be seen a clarity and sharpness but also something that subdued and blurred and in the end a single, simple "development" of the photo didn't seem sufficient to express the complex richness of light I'd seen. So, getting back home, with a cup of tea in hand and the first two Fairport Convention LPs on the CD player,  I set about creating a few other images from my original to try to do the light some justice so a stranger to the fens might know what I, and I guess Storey, means.

Photo taken and edited with my iPhone 6+ and the Hipstamatic App. Just click on a photo to enlarge it. 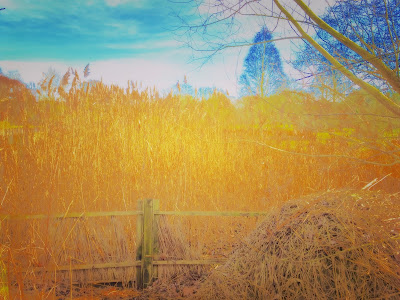 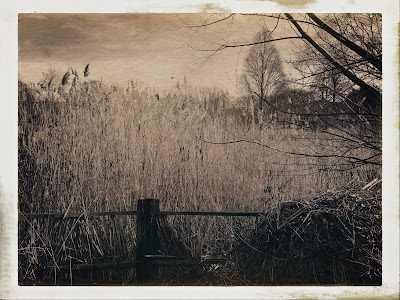 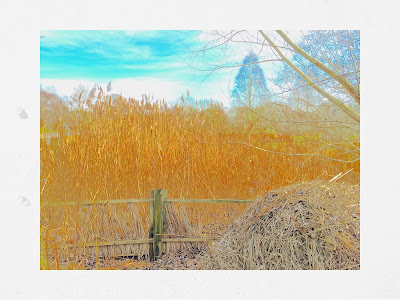 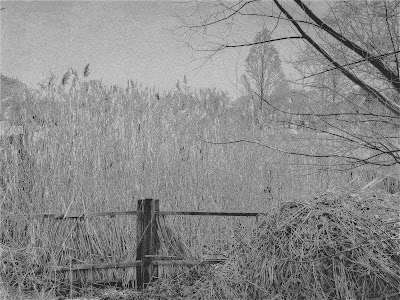 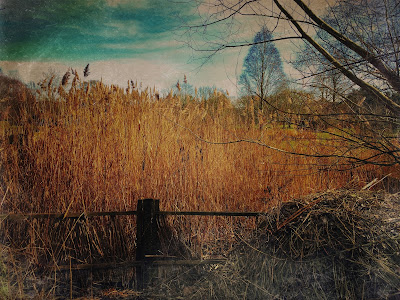