To get out of the mind and into the world; to get away from knowing to living, from trying to understand and classify things to the things themselves. 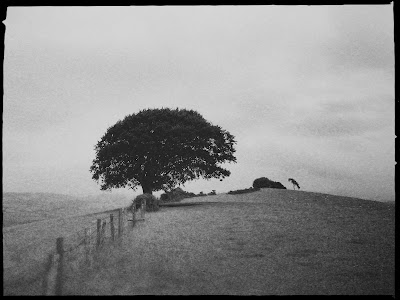 A week or so before going away on my annual vacation I reminded the congregation at the Cambridge Unitarian Church that the Unitarian tradition is one which has at times promulgated a freethinking mysticism.  As I expected, the greatest push-back from that address was related to how one might understand the word ‘mysticism’—or, indeed, whether one should use it at all. There are a great many scientists and engineers in the congregation and the word ‘mysticism’ doesn’t always go down well with them all. But a mysticism of sorts seems to me to be necessary part of any meaningful, liberal, progressive religion and so I made a mental note to myself to re-read a paper by the American philosopher Paul Wienpahl (1916-1980) found in the Chicago Review of Summer 1959, Vol 13, No, 2 called Philosophy and Nothing in which he addresses the need for a certain kind of ‘mysticism’.

Looking at Carnap, Heidegger, Dewey, James, Wittgenstein and some stories from Zen Buddhist teachers Wienpahl notes that “[t]o say what these men have done, to present a theory of it, is impossible.” Why? Well, this is because they have transcended traditional metaphysics and this, in turn, “has freed them from the urge to say what they have done: it is enough to have said what they said in the course of doing it.” Wienpahl continues: 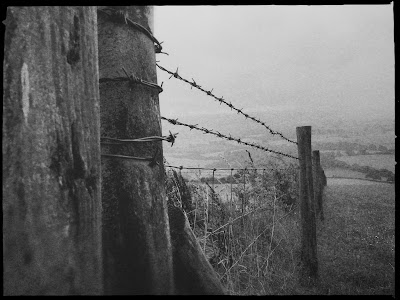 “But it is apparent that the cure is the outcome of the disease [i.e. metaphysics]: no disease, no cure. Therefore it is not impossible, some thirty or fifty years later [i.e. c. 1956] for us to say a word about what these philosophers have done without falling into the trap of metaphysical theory.  The application of their methods turns us back to experience and away from theorizing. Only that theorizing is allowable now which makes a difference, and it is to be found in the sciences. Why ‘only allowable now?’ Because metaphysics, theories without use, have kept us from experience. Philosophically speaking, methods of Heidegger, Dewey, Wittgenstein, etc. lead to mysticism.”

[In a footnote to the above paragraph Wienpahl interestingly (and importantly) notes that Heidegger, after putting down a book by the Zen Buddhist D. T. Suzuki,  is said to have remarked that, if he understood Suzuki correctly, the latter was saying what Heidegger had been trying to say all his life. ]

Wienpahl then concludes the thought contained in the previous paragraph thus: 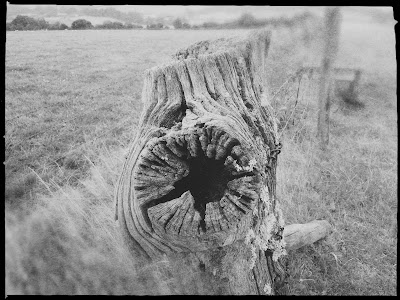 “In one sense of the term, ‘mysticism’ refers to a way of experiencing directly and without the media of concepts and theories. This is a way of experiencing into which the past and the future do not enter, for it is by means of theories and concepts (words) which relate experiences to each other that the past and the future are brought into an experience. Thus the leaving of us speechless.”


This “way of experiencing directly and without the media of concepts and theories” is so important because all the time I see (in both myself and many other members of the congregation) how liberal, rational religious people can get themselves completely stuck on words and ideas and thus fail fully to enter into life. As Wienpahl says of himself in his An Unorthodox Lecture of 1956 (the full lecture is called Philosophical Reflections and can also be found in the Chicago Review of Summer 1959, Vol 13, No, 2):

“Words and ideas are tools. My life, and it may be, the life of any intellectual is troubled because of living only with the tools—and without using them. I am like the miser who forgets what money is for, and has only the money.”

Later on in the same lecture Wienpahl writes:

Perhaps philosophers should talk only and not write. For the philosopher has nothing to say. He has only something to see and to show, because he is concerned with particulars as particulars and not as members of aggregates as is the scientist. The prevailing reliance on scientia or knowledge makes us interested in aggregates instead of ourselves.
Nor is this to disparage knowledge. It is just that there is something more, many things more than knowledge. And there are other ways than the rational for coming into contact with these things. Philosophy is one of these ways.
I find it hard to relax and admit that there is something else than knowledge. For it gives my friends the chance to say that I am becoming mystic. And what I don't like about this is that it seems to say that I disparage knowledge. I don't. I simply now see that knowledge is not everything. And this seems so obvious a thing to see that one wonders why it should be remarked. 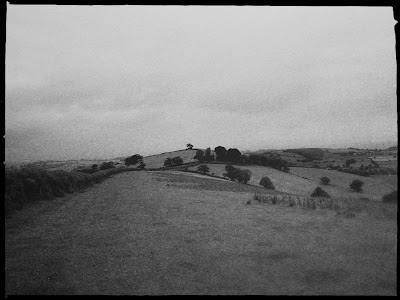 These words from his unorthodox lecture came about because he became increasingly and overwhelmingly aware that he wanted, needed to “get away from knowing to living, from trying to understand and classify things to the things themselves.”

It was this overwhelming need that spoke to me so powerfully when I first came across his lecture some ten years ago and it is fair to say that  they still speak to me as powerfully today as they did then.

It seems appropriate to conclude this brief post by quoting once again the words from his lecture that I have used for many years as best describing my own philosophical and religious orientation and direction:

“As I see it, the point is not to identify reality with anything except itself. (Tautologies are, after all, true.) If you wish to persist by asking what reality is; that is, what is really, the answer is that it is what you experience it to be. Reality is as you see, hear, feel, taste and smell it, and as you live it. And it is a multifarious thing. To see this is to be a man without a position. To get out of the mind and into the world, to get beyond language and to the things is to cease to be an idealist or a pragmatist, or an existentialist, or a Christian. I am a man without a position. I do not have the philosophic position that there are no positions or theories or standpoints. (There obviously are.) I am not a sceptic or an agnostic or an atheist. I am simply a man without a position, and this should open the door to detachment.”

This, then, is the kind of mysticism to which I have been referring in recent weeks and which I think is absolutely necessary for anyone seeking to live the fullest kind of life possible.

At which point in my musings there was nothing left to do but go for a walk out into the Devon countryside with Susanna, into the rain and up Raddon Hill so as to get out of the mind and into the world; to get away from knowing to living, from trying to understand and classify things to the things themselves.

Here are a few photos from that walk. All taken with an iPhone 6+ and the Hipstamatic App. Just click on a photo to enlarge it. 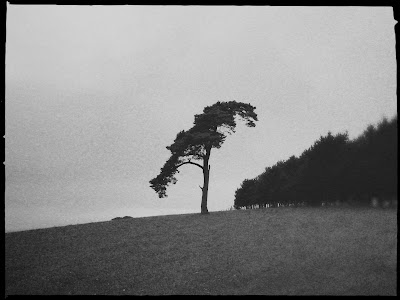 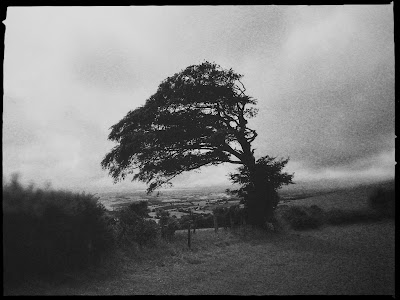 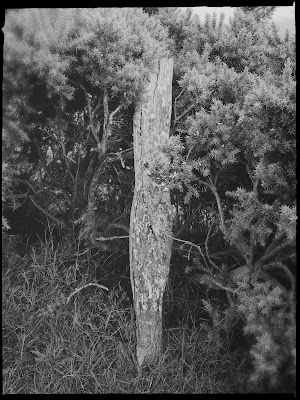 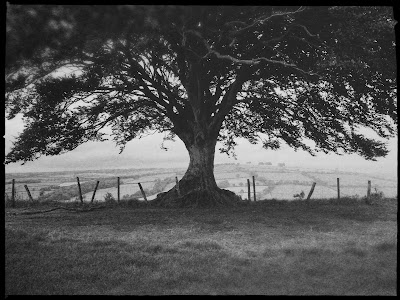 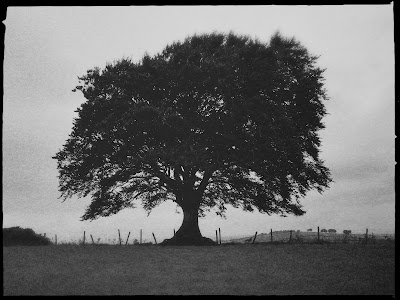 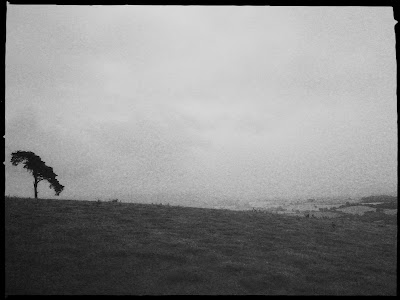 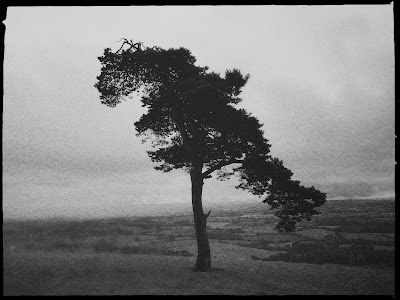 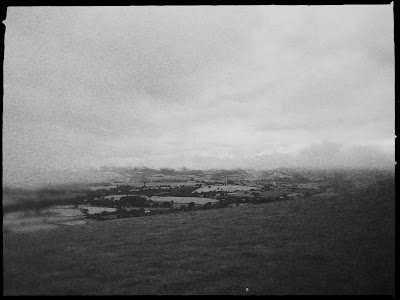 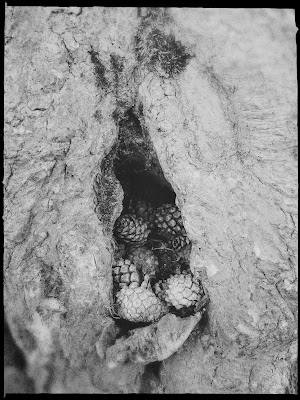 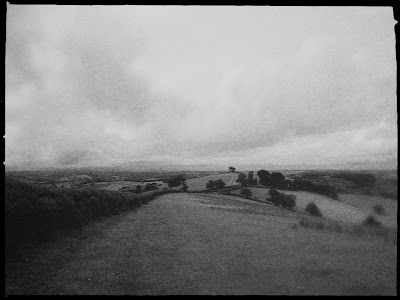 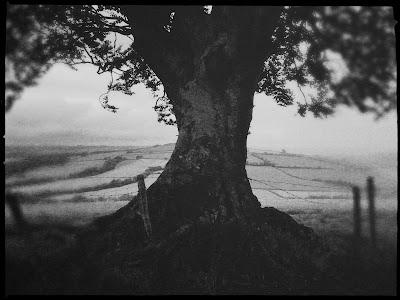 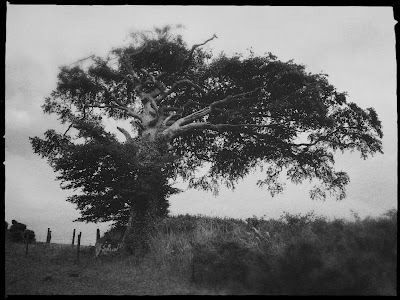 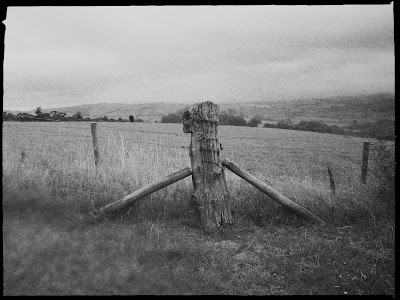 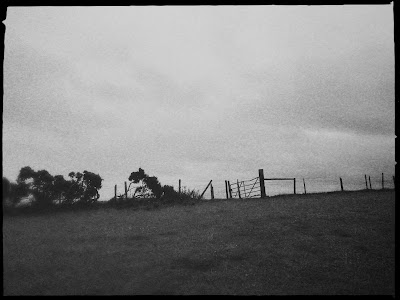 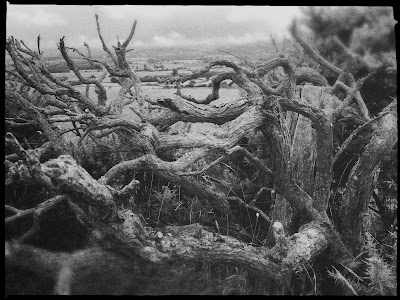