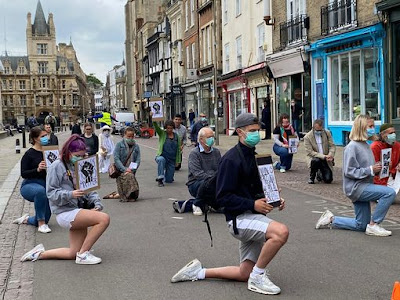 I am here, with comrades, colleagues and friends to stand in solidarity with, and in support of the family and friends of George Floyd, and also the anti-racist movement, Black Lives Matter. But, as we do this, we must acknowledge their long struggle for justice and fairness in the USA is a manifestation of a universal campaign, one which we must continue here. For ours is also country which, through its own institutions and all too many individual people, continues disgracefully to display racist tendencies, tendencies which the responses to the current pandemic have shockingly confirmed, namely, that black, Asian and minority ethnic lives simply do not matter as much as white lives. 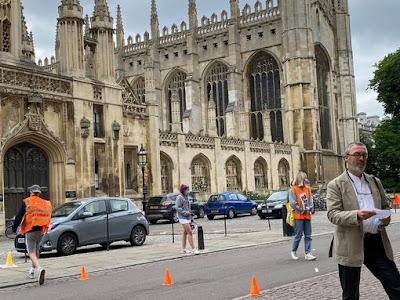 This public struggle is vital and must be joined with vigour. However, there is, if you like, another front on which racism must always be fought, a kind of ‘home front’ if you will, which exists hidden within the heart and soul of every person like me who, by mere accident of birth, has been born into the privilege of being white.

As Dr Martin Luther King Jr saw, any society ‘poisoned to its soul by racism’ must ask how best it can confront and overcome this ‘malignancy’? Then, as this week, riots had broken out across the USA and Dr King considered them to be deplorable even as he rightly pointed out that a riot ‘is the language of the unheard.’ So let us listen.

Dr King insisted that it would be wrong to see the riots as ‘insurrections’ because they were clearly not attempts ‘to seize territory or to attain control of institutions’ but, instead, were ‘mainly intended to shock the white community.’ Knowing this, Dr. King felt that, in the end, riots were a ‘distorted form of social process’, an insight he sharpened by quoting Victor Hugo (1802-1885): ‘If a soul is left in the darkness, sins will be committed. The guilty one is not he who commits the sin, but he who causes the darkness.’

So, having tried to listen well, as we see what is happening in the USA, many of us here today—such as me—need to be shocked out of the darkness of our own white privilege and silent complicity, if not in directly creating the darkness of racism, then certainly in continuing to allow such malignancy to infect and damage our society. Only when I—we—have truly felt this shock to the very core of our being can we hope to stand with integrity side-by-side with our black, Asian and minority ethic brothers and sisters in creating a truly inclusive, world-changing, social justice movement that is no longer distorted into violence, but one which, as the old prophet Amos once declared was possible, allows justice for all to roll down like waters, and righteousness like an ever-flowing stream’(Amos 5:24).

You can watch the whole event at the following link. My own contribution appears shortly after 22mins & 30secs.