A liberal-religious manifesto of sorts 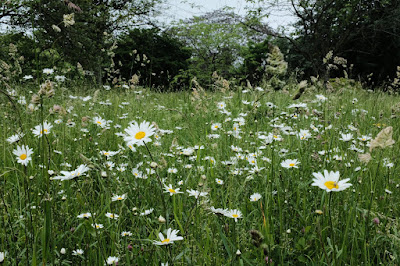 To create a community that, self-consciously and confidently, takes a stand on a very small number of minimal assertions which gives it its distinct flavour and shape, one which stands in meaningful, historic continuity with its liberal religious and philosophical forebears.

Firstly, it’s basic practical, ethical/intellectual stance is based on a minimal, religiously humanistic understanding of:

a) Jesus: who is understood to have been a person who encouraged us to dissolve all of religion’s former supernatural, superstitious and apocalyptic ideas into a simple, if always challenging, existential, ethical demand for justice and love for all creation, right here, and right now — including love of enemy.

b) Socrates: who is understood to have encouraged us conversationally to challenge any and every form of speech which, by pretending to offer a completely coherent and contradiction-free blueprint for living, reveals it is really only seeking to stop people from seeing that the world is, in fact, a highly puzzling, complex, plural and always moving domain, and that to negotiate it as well as is possible, it is always necessary for people freely to be exercising their faculty of reason in seeking out new intuitions, clues and empirical evidence about how the world is and our current place in it.

Secondly, in terms of our historic commitment to being a free and inquiring, rational, liberal religion that does not express any (maximal) absolute certainties based on intuitions/assertions that go beyond the currently available evidence from the natural and human sciences, we are a community that is prepared, at present (given the very limited knowledge humans still possess, being a species that is only a few hundred thousand years old), to keep open for exploration, contemplation, thought and discussion three lines of enquiry about a still possible religious reality which, to avoid the problematic limitations of theistic/poly-theistic, god language and thinking, may be more inclusively and minimalistically called “divine” (or, perhaps “sacred”). Gratefully borrowed and adapted from J. L. Schellenberg, “Evolutionary Religion”, p. 94:

a) It remains possible that there may exist a reality which is a more fundamental fact than any (currently) identifiable natural fact and which may in some fashion meaningfully (if poetically) be given the name “divine”. This includes the possibility that this more fundamental fact, even if given the name “divine”, may turn out to be a special kind of natural fact. This may be called our willingness to entertain — but not yet (if ever) finally affirm — the possibility of metaphysical transcendence (“metaphysics” is the branch of philosophy which examines the fundamental nature of reality).

b) It remains possible that, if it exists, divine reality’s splendour and excellence exceeds that of anything found in nature alone. This may be called our willingness to entertain — but not yet finally (if ever) affirm — the possibility of axiological transcendence (“axiology” is the philosophical study of value).

c) It remains possible that, if it exists, divine reality will make for more well-being, fulfilment, wholeness, and the like for creatures than can be naturally attained. This may be called our willingness to entertain — but not yet finally (if ever) affirm — the possibility of soteriological transcendence (“soteriology” is the study of religious doctrines of salvation).

In the absence of conclusive evidence one way of the other, our own liberal religious community’s jury remains out on these latter three areas and so keeps them publicly available for further free and open inquiry. However, there exists enough practically derived, humanistic evidence for our jury to have pronounced in favour of the efficacy of us continuing to follow faithfully the teaching of the human Jesus and Socrates when understood minimally in the fashion outlined above. If any further evidence, pro or con, to any of the above becomes available it will, of course, be taken fully into consideration and new decisions may be taken and lines of enquiry pursued.