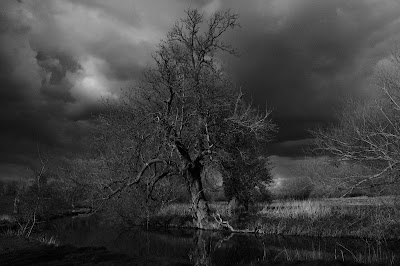 We are in the season of Advent which, minimally conceived, marks the beginning of a period of reflective waiting and preparation for that-which-is-to-come.

You may say that the main characters in the Advent myth all knew that that-which-is-to-come was Jesus. But that cannot be true. Yes, they were all awaiting the birth of a child, but what kind of a child? A boy or girl, a stillborn or living one, a ruler or renegade, reformer or revolutionary, destroying maniac or saving messiah? and so on, ad infinitum.

None of these things could be known beforehand so all we can say for sure is that “that” for which they were waiting was for them an as-yet-unfulfilled-possible-form-of-life.

Two millennia later what do we continue to share with the original characters in their waiting?

Well, many of us share a sense of something powerfully expressed by William Butler Yeats (1865-1939) in his poem “The Second Coming” which begins like this:

Turning and turning in the widening gyre
The falcon cannot hear the falconer;
Things fall apart; the centre cannot hold;
Mere anarchy is loosed upon the world,
The blood-dimmed tide is loosed, and everywhere
The ceremony of innocence is drowned;
The best lack all conviction, while the worst
Are full of passionate intensity.

Surely some revelation is at hand;
Surely the Second Coming is at hand.

We share with the original characters in the Advent myth something of this feeling, too. They hoped this revelation was to be the second coming of the prophet Elijah, whereas for our old Christian culture it was the second coming of Jesus. As to how this “Second Coming” might translate into our post-Christendom and often entirely post-Christian context, I leave wholly unexplored today, but the sense that some revelation, thing or event is coming is palpable.

Writing his poem in the immediate aftermath of the First World War, in the midst of the Irish War of Independence and, not insignificantly given our current situation, in the middle of the 1918–1919 flu pandemic, Yeats knew that that-which-is-to-come may well not be that for which we had hoped, as the conclusion of his justly famous poem reveals:

The Second Coming! Hardly are those words out
When a vast image out of Spiritus Mundi
Troubles my sight: somewhere in sands of the desert
A shape with lion body and the head of a man,
A gaze blank and pitiless as the sun,
Is moving its slow thighs, while all about it
Reel shadows of the indignant desert birds.
The darkness drops again; but now I know
That twenty centuries of stony sleep
Were vexed to nightmare by a rocking cradle,
And what rough beast, its hour come round at last,
Slouches towards Bethlehem to be born?

Like Yeats and the characters of the original Advent myths we, too, are anxiously waiting for that-which-is-to-come and neither can we be sure what it will be, even though many now fear it may be a pitiless, rough, slouching kind of beast.

And this is why small, liberal religious communities such as this one are so important to support because, within them, in admittedly small and modest ways, we can continue together to express a form-of-life dedicated to the birth and nurture, not of pitiless, slouching, rough beasts but, instead, of upright, compassionate and loving children of infinite light and life.