The New Being — A short, secular religious thought for Christmas Day 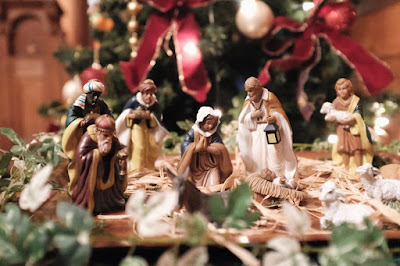 In 1955, on the eve of his retirement from Union Theological Seminary in New York, the Christian existentialist philosopher and Lutheran Protestant theologian, Paul Tillich (1886–1965), gave an influential sermon called “The New Being.” Not surprisingly, given his Christian upbringing and role, Tillich thought the New Being — or what he also called a New Reality or New Creation — was “certainly manifest in Jesus who is called the Christ.”

But for Tillich — who was fully open to dialogue with other religious traditions and non-Christian philosophies — the manifestation of the New Being was not something confined to the particular, Christian expression and experience of it we celebrate on Christmas morning. And consequently, he insists that, although this New Being is often hidden, it is something available “here and there . . . and now and then” to all of us, regardless of whether we think of ourselves as Christians or not. Given this, Tillich explicitly says that he does not think Christians should attempt to convert anyone from their “secular state to a religious state”, nor should they wish to make anyone “religious and members of a very high religion”, i.e. Christianity. Instead, he tells us that, in his opinion, Christians should only want “to communicate . . . an experience” that they have had in themselves, namely, that there is always-already at work in the world a New Being, a New Creation or a New Reality.

This intuition lies at the heart of Tillich’s sermon and he clearly states that:

“The New Creation — this is our ultimate concern; this should be our infinite passion — the infinite passion of every human being. This matters; this alone matters ultimately. In comparison with it everything else, even religion or non-religion, even Christianity or non-Christianity, matters very little — and ultimately nothing.”

So what is this New Being, New Creation or New Reality?

Well, to the best of my understanding, and expressed as simply and minimally as I possibly can, it is to experience a freely gifted, compassionate and graceful Other-power (Tariki) which, in the twinkling of an eye, suddenly overcomes our estrangement and alienation from the world and reconnects us with two additional, ancient and sacred energies. The first energy is that which limits us in the face of hubris; the second energy is one that transforms us in the face of complacency. Together they help us find faithful ways to go on living in a loving and creative fashion, no matter what befalls us.

At the very end of his sermon Tillich asks “Do we participate in [this New Creation]?”, and he concludes, as do I, by saying:

“The message of Christianity is not Christianity, but a New Reality. A new state of things has appeared, it still appears; it is hidden and visible, it is there and it is here. Accept it, enter into it, let it grasp you.”