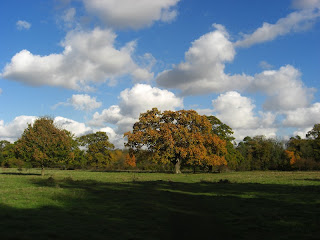 A sermon preached at the Memorial Church (Unitarian), Cambridge on 28 October 2007

At the tale end of that sublime text, the Gospel of John, there is a well known passage concerning Thomas, doubting Thomas (John 20:24-29 NRSV):

. . . Thomas (who was called the Twin), one of the twelve, was not with [the other disciples] when Jesus came. So [they] told him, We have seen the Lord.” But he said to them, “Unless I see the mark of the nails in his hands, and put my finger in the mark of the nails and my hand in his side, I will not believe.”

A week later [Jesus’] disciples were again in the house, and Thomas was with them. Although the doors were shut, Jesus came and stood among them and said, “Peace be with you.” Then he said to Thomas, “Put your finger here and see my hands. Reach out your hand and put it in my side. Do not doubt but believe.” Thomas answered him, “My Lord and my God!” Jesus said to him, “Have you believed because you have seen me? Blessed are those who have not seen and yet have come to believe.”

As I was re-reading this story during the week I noticed something very odd about it that I had never really seen before. You see, it reveals a world view that, whilst affirmatory of what we might call the ‘reality’ and value of surfaces, it simultaneously affirms their ‘illusory’ nature. The ‘real’ surface in our story – real in the way we commonly and loosely use this word – is Jesus’ body which Thomas feels he must, not only look at in order to believe, but also touch. However, at the same time as the ‘reality’ of surfaces is being affirmed by Thomas, the fact that a ‘real’ bodily Jesus has come into in the room whilst all its entrances are closed reveals to us the ‘illusory’ nature of surfaces. Also notice the very suggestive fact that Thomas is astonished but not surprised by the encounter. I shall return to this point for my conclusion.

Now, in most churches, the sermon that might follow such an observation would be an attempt to show that this ‘proved’ something about Jesus’ divine status and our relationship with him. After all, it will be pointed out, the passage concludes with John telling us Jesus’ went on to say, “Blessed are those who have not seen and yet come to believe.” But to me, at least, this seems to be the least interesting and useful lesson we can draw from the text.

A real and powerful modern desire – amongst all sorts of people – is to find ways live in a more engaged way, that is to say more deeply, compassionately and spiritually related to God and/or Nature. This desire is driven in many of us by concerns about the over-materialistic nature of our modern societies and our dreadful degradation and destruction of the environment. The reason many people are exploring – with varying degrees of commitment and understanding it has to be said – various non-Christian religions and philosophies is because they seem to offer this deeper and more connected relationship with the world conceived of as a whole than does much western derived religion and philosophy. Though a committed, although fairly heretical Christian, broadly speaking I think this is true and so, not surprisingly, a great deal of my time has been spent looking at my own religious tradition’s faith – essentially a form of liberal protestant Christianity – to see what the problem is and how it might be addressed.

Well, one key problem connected with this lack of depth and disconnectedness, is left over from a certain way of viewing the world that was derived from a particular eighteenth and nineteenth-century understanding of in what consists the scientific endeavour. Liberal protestant Christianity, of course, very early on embraced science and its clearly astonishing and practical results. Many early notable scientists were intimately connected with liberal expressions of Christianity. We may note, in passing, people such as Isaac Newton, Joseph Priestley and Henry Cavendish, after whom the famous laboratory here in Cambridge is named.

Scientists, in looking ever more closely at things, slowly and inevitably, began to see the world in terms of ‘objects of concern’ – the discreet individual things you were going to research. The anthropologist Tim Ingold, in a paper called “Rethinking the Animate, Re-Animating Thought” (Ethnos, Vol. 71:1, March 2006 pp. 9-20) noted that, in order to do this, you had to place yourself ‘above and beyond’ the very world science claims to understand. Ingold also observes that the ‘conditions that enable scientists to know, at least according to official protocols, are such as to make it impossible for scientists to be in the very world of which they seek knowledge’ (p.19).

Although this way of understanding the scientific endeavour seems to be being blown out of the water by quantum mechanics, we non-scientists (and certain kinds of scientists) still inherit the earlier tendency to think of the world as only being made up of discreet independent ‘objects of concern’ all of which have surfaces – boundaries which, in some way, definitively separate the ‘object’ itself from the ‘environment’ around it. In fact the whole of planet earth itself is tacitly understood this way - as a globe over whose surface we, and all other things, move and upon which things exist. Even our popular understanding of the sky is coloured by an obsession with surfaces. Ingold observes the following:

Consider the definition [of the sky] offered by my Chambers dictionary. The sky, the dictionary informs us, is ‘the apparent canopy over our heads’. This is revealing in two respects. First the sky is imagined as a surface, just like the surface of the earth except, of course, a covering overhead rather than a platform underfoot. Secondly, however, unlike the earth’s surface, that of the sky is not real but only apparent. In reality there is no surface at all. Conceived of as such the sky is a phantasm. It is where angels tread. [. . .] the surface of the earth has become an interface between the concrete and the imaginary.

Ingold’s point is, in part, that such a view encourages in us once again the idea that there exists some solid boundary, or surface, between the ‘concrete’ and the ‘ideal’ and we moderns are sort of trapped in this bounded region surrounded by impenetrable surfaces, for ever disconnected from each other, ourselves and creation. This dilemma seems, to me at least, to be a modern version of hell.

But there is a way out – a way of ‘salvation’ if you like – and Ingold points to it in his paper. He asks us to consider the world-view of peoples who hold animist viewpoints – that is to say peoples who attribute conscious life to objects in and phenomena of nature or to inanimate objects. He reveals that they did not think of the earth or the sky as having surfaces, ‘real or imaginary’, but thought of them rather as a ‘medium’ through which all things move.

Thus [Ingold says] we must cease regarding the world as an inert substratum, over which living things propel themselves like counters on a board or actors on a stage, where artefacts and the landscape take the place, respectively, of properties and scenery. By the same token, beings that inhabit the world (or that are truly indigenous in this sense) are not objects that move, undergo displacement from point to point across the world’s surface. Indeed the inhabited world, as such, has no surface. Whatever surfaces one encounters, whether of the ground, water, vegetation or buildings, are in the world, not of it. And woven into their very texture are the lines of growth and movement of its inhabitants. Every such line, in short, is a way through rather than across. And it is as their lines of movement, not as mobile, self-propelled entities, that beings are instantiated in the world (p. 14).

Here we can move to Ingold’s – and today my own - most important points: which is that although we do not need to become thoroughgoing animists ourselves to reconnect with the profound insight that it might be a great deal healthier – and closer to the truth – to begin to realise that we move through the world not across it; that we do not ‘simply occupy the world’ but ‘inhabit it’; and, lastly that it is as ‘lines of movement’ that as beings we ‘are instantiated in the world.’

We may now return to our biblical reading and I hope that after this you can see that the most interesting aspect of this story doesn’t really concern Jesus’s status at all but rather the way it helps us see the world and the ‘things’ in it – including Jesus. It seems clear to me that the gospel writer – through the character Thomas – shows that he understands surfaces to be in the world and not of it and that he understands Jesus – as a paradigmatic being – to move through the world, not across it. If we take care to inhabit this story rather than aggressively occupy it and if we try to understand the Christian narrative (of which we are part) as a line of movement rather than as a bounded denomination then it reveals to us not, the endless problems we ‘modern liberals’ usually have about such a story (its historical truth or whether Jesus appeared as spirit or body or whatever) but instead a profound call to live as part of something that, ultimately knows nothing of surfaces and boundaries and is best thought of as a complex living unity.

To conclude, I want to return to the little point I made earlier about Thomas being astonished but not surprised by the encounter with Jesus and I’ll leave you with some very wise and beautiful words by Ingold:

Surprise . . . exists only for those who have forgotten how to be astonished at the birth of the world, who have grown so accustomed to control and predictability that they depend on the unexpected to assure them that events are taking place and that history is being made. By contrast, those who are truly open to the world, though perpetually astonished, are never surprised. If this attitude of unsurprised astonishment leaves then vulnerable, it is also a source of strength, resilience and wisdom. For rather than waiting for the unexpected to occur, and being caught out in consequence, it allows them at every moment to respond to the flux of the world with care, judgement and sensitivity.

May we, too, remain astonished but not surprised and so able to respond to the flux of the world with care, judgement and sensitivity.
Amen.
Email Post
Andrew James Brown
My name is Andrew James Brown. I’m a philosophically/theologically inclined writer with sympathies towards Christian atheism, D. G. Leahy’s “thinking now occurring for the first time”, a Lucretian inspired religious naturalism, new materialism and Kyoto School philosophy; also a photographer, cyclist, walker and jazz bass player. In addition to this, I’m the minister of a small, liberal-religious, free-thinking community in Cambridge (UK)