The Messiah of the Kingdom of Peace - First Sunday in Advent 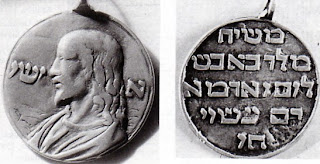 An address preached at the Memorial Church, Cambridge
2nd December 2007

Last week I reminded us that the writer of that wonderful epistle I John taught: "Little children, let us love, not in word or speech, but in truth and action" (3:18) and I went on to suggest that we should, as liberals, be following his advice and that our love must be shown, not in word or speech that is to say, as many conservative religionists are doing, in ever more tightly defined doctrinal terms, but in truth and action, namely in a practical loving and compassionate as good disciples of Jesus. I also pointed out that, since Jesus preached the kingdom of God and peace and never, per se, a single religion called Christianity, if we can reconnect with his basic message then we again have a strong practical religious response to the Divine that doesn't kow tow to the currently growing conservative and sectarian forces in our world.

It is always worth thinking about the implications of this subject but it is, I think, particularly fortuitous that it comes back into my thoughts at Advent, the time when we as a community and as individuals wait and prepare for the coming anniversary of the birth of Jesus of Nazareth.

But for that 'birth' and that 'person' to be have real bite and meaning in our lives Jesus really must be for us special in some unique way. I'm not now talking about the absolute uniqueness claimed by orthodoxy but rather the unique quality that is attached to certain people and events in the history of any family - whether the individual family or the wider family of a particular faith tradition. Just remember, that at the same time we can perfectly well understand the universal principle of mothering and so celebrate all mothers on Mothering Sunday we don’t then go on to love all mothers in the unique way we do our own. For those who have problems with their mothers - I know there are some! - just replace the word with "football teams" or "wives" or "husbands." The point is simply that to understand the general principle of divinity dwelling amongst us in the flesh does not mean that we cannot see it in a unique way in one human being - for us the Rabbi Jesus. In fact I am fairly certain that without the unique "minute particulars" the universal remains inaccessible.

However, the liberal tendency - understandable and in many ways laudable - to make Jesus just like any other prophet and teacher seems to me to have by now been taken to damaging extremes and reduced his influence upon us to a level that is almost negligible and, if and where it does remain, it has become terribly sentimental. In short - as he and his teachings became simply one option amongst many that we could take or leave - we lost the profound energy that our radical liberal religious movement drew from him and his example. If we are going to flourish as a distinct and healthy religious community I think we need to reconnect profoundly with the person of Jesus.

(An excursus) Just to flag it up clearly albeit briefly, because I think the traditional idea of a personal God is an increasingly problematic and difficult one to hold, a reconnection with Jesus as a man profoundly able to express the reality of a Divine Unity allows us to keep a "human face" to the Divine Unity without then going on to ascribe to it, in and of itself, the nature of a person. We may note that God, though not a person, because personhood is part of existence and therefore in some way part of God, God cannot, therefore, be less than personal all the while "he" is clearly infinitely more than a person. I’ll just leave that thought floating about today and come back to it another time (end of excursus).

Now, round my neck, and reproduced at the start of this blog and with the address of a contemporary maker below - is an image of Jesus that our Polish Socinian forebears (named Socinian after their leading theologian Faustus Socinus 1539-1604) used as a tangible reminder and expression of their faith in a particular kind of Christianity which maintained the complete humanity of Jesus and, therefore, a strictly monotheistic faith.

The French historian Albert Blanchard-Gaillard tells us that the medallion was worn by young Polish Brethren of noble origin who, without superstition, loved Jesus and held him as their master and began, in the late sixteenth century, to frequent foreign universities, principally in Holland or Germany, to study under anti-trinitarian ministers or theologians. Because to be a Socinian /that is to say a Unitarian) and to hold this faith was still to risk execution across Europe the medal was, in addition to being a statement of faith, also a way of identifying each other without making their heresy too obvious. The inscription, because it was in Hebrew, would not be understood by most people and the wearer could either claim ignorance as to its meaning or, if it someone could read it, it could be given an orthodox spin. But to most it would be a simple symbol of devotion to Jesus (Revue Regard, no. 2, Summer 1997, Institut d’études et de recherches sur l’histoire, les traditions, la nature et les sciences, pp. 30-34).

The beautiful picture of the human Rabbi Jesus, is surrounded by the single word "man" ("ishi") which is used in Hebrew in balance to the idea of God so it has the additional connotation of ordinary, customary or common - i.e. that which is not God. On the reverse the inscription reads "Mashiah melekh ba besgalom wa’ Adam - Adam 'asui hai" which can be translated to mean "The Messiah of the Kingdom of Peace became a human being."

Now our forebears and we live in a world in which, although we can envisage what it might mean to live in and belong to the Kingdom of Peace in which Love is the only law, we almost never see it actually instantiated. Even when we do see love or try to express it ourselves we know, only too well, that it is often less than perfect and who amongst us can claim to be capable of knowing and returning, let alone manifesting, perfect love? Given this, how do we reconnect with a sense of the reality of the Kingdom of Peace and perfect love when we never see it perfectly revealed in ourselves nor the many situations we find ourselves in or observe?

Well, here is why belonging to a particular unique tradition is so valuable because it is through it that Kingdom of Peace whose law is Love can made visible to us. The genius of the early Christian community was to "see" this love of God through one human being. As the First Epistle to John says "God abides in those who confess that Jesus is the Son of God, and they abide in God. So we have known and believe the love that God has for us. God is love, and those who abide in love abide in God, and God abides in them" (I John 4:15-16). Our forebears knew perfect love because they felt they had "seen" it - not as an abstract metaphysical principle of God but as a living breathing human being. Not God, remember this, but a real and complete human-being through whom God's Kingdom of Peace is seen.

When I use the verb "to see" in this context I mean, of course, spiritually "to see" and, as such, it is synonymous with "faith." This is important to realise because it is clear that the majority (if not the totality) of those who put the Christian faith into words never physically saw the first century Jewish healer, rabbi and prophet whose name was Yeshua ben Miriam. But in their remembrance of his life and teachings they continued to "see" the perfect ideal; they saw, in the light of this, that they, too, could move meaningfully towards better expressions of perfect love - towards the underlying and underwriting reality called God or Nature.

Every Christian tradition develops ways by which Jesus, the Messiah of the Kingdom of Peace (and remember the Hebrew word "Messiah" simply means anointed and, in Greek this is translated as Christos) is kept in view and ours was no exception. One method was the medallion we have been considering. I confess that I find this physical reminder extraordinarily powerful and a tangible link with the energy, values and hopes of, not only the faith of the early Unitarians who also first articulated within European culture the highest ideals of religious tolerance (surely itself a mark of the Kingdom of Peace?) but also with the man Jesus of Nazareth himself. I can "see" him and so as I prepare for the coming anniversary of his birth it has for me the quality, not of a remembered historical event that happened two-thousand years ago, but the birthday of someone still present, real and amongst us. So I feel that perfect love has been, and still is, seen amongst us and because of that I feel strengthened to go on as did our Polish Brethren forbears. I feel better able to play a part in the creation of the Kingdom of Peace and making the world better - none of what I do or will do is ever felt to be in vain. That same faith saw our Polish Brethren forbears survive the persecution and expulsion from their homeland by the Jesuits of the Counter-Reformation. It saw them survive exile and their forced journey to all parts of Europe, but particularly to Holland, and thence to Britain and the USA. All the while knowing that "The Messiah of the Kingdom of Peace had come in true human form" whom they were trying their best to serve in love and truth. What was true for them can still be true for us and bring great comfort and courage.

Now, I cannot "do" any of this for you because the religious way on offer in this church is not an off-the-shelf "product" or a "tick-box" faith in which you sign on the dotted line, proclaim belief in X, Y, or Z and walk out of here saved. No, it is a way of discipleship following the religion of Jesus and seeing in his example a past, present and future tangible expression of the Kingdom of Peace to which cause you are called to work. It is a calling that lasts a lifetime and its salvation, that is to say its promise of healing and wholeness, is only found in daily being faithful to it to the best of your ability. All I can do is vouch for its effectiveness and say that this is what a church such as this has to offer. As a beginning in this season of Advent, I simply invite you to the birthday party of the person from whom we draw our basic message and model of response, Jesus of Nazareth, the Messiah of the Kingdom of Peace.

“The Messiah of the Kingdom of Peace became a human being.” Time has contracted - a liberal Christian meditation on messianic time

Has the Messiah Come? - A Christmas Day Sermon