Guard the Mysteries!
Constantly reveal Them!

So wrote Lew Welch in a poem entitled Theology published in 1969.
I've be 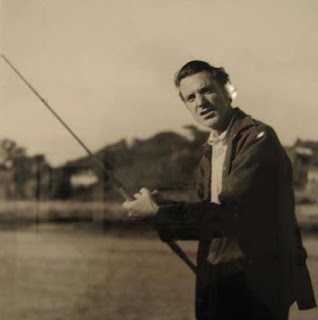 en reading him again over this Christmas period and it struck me that this poem says something of great worth to us, particularly on the Feast of the Epiphany.

The word 'epiphany', remember, comes from the Greek 'epiphaneia' which means 'manifestation' and in the western tradition the festival commemorates what is understood as being "the first manifestation of Jesus Christ to the Gentiles" (represented by the Magi) and also "the manifestation of his divinity" (as it occurred at his Baptism in the Jordan River and at his first miracle at Cana in Galilee).

If we take the poem stanza by stanza I hope you'll see what I mean.

In the story of the Magi's visit to Bethlehem I am always struck by how these men seem not to have been driven by any missionary zeal at all, in fact far from it, because the story relies upon them being of an entirely different faith to that held by Mary, Joseph and Jesus. They are Zoroastrians. So what do they come for? Kahlil Gibran (in Jesus the Son of Man) imagined them saying to Mary - for we do not know what they might have actually said - "The child is not but a day old, yet we have seen the light of our God in His eyes and the smile of our God upon His mouth. We bid you protect Him that He may protect you all." They give their gifts and depart; they sought nothing for themselves and offered no missionary speeches; they only came in joy to see for themselves this thing that had come to pass. All true religious communities seek the same - they seek not to convert people by missionary work to their own position but only seek to help individuals to see joy and truth directly and so be able wisely to choose the manner of their own living, loving and worship.

Well, off the back of the Magi's experiences and those of others who encountered Jesus as a child, as a man and, through memory, as a revered teacher and exemplar, came many things - including the complex set of institutions we know as the Christian Church (capital C). Although I remain profoundly suspicious of the many institutional aspects of religion I'm not wholly indisposed to them - after all my income is derived from the generosity of this small institution which you, in your various ways, support. It seems to me that some kind of organised structuring of community is a good and, on the whole, a necessary thing. But - and it is an important but - the Church (as institution) is not the point of faith and religion; it is only, at best, a practical aide which can help facilitate a direct experience of the Divine and which can then help us act better and more practically in the world through collective endeavour.
Lew Welch's point is not that the Church is without use but that we should treat it as no more (and by implication no less than) interesting as the Post Office. The Post Office and the Church are both useful and should be valued as such but neither are, in themselves, the objects of life itself.

Welch is reminding us that we, who choose to engage with a community that has and maintains buildings and pays a minister, although we need to undertake this work seriously we must not, at the same time, see our ultimate interest as residing in them; we must not confuse Church as institution with the 'real work that is to be done.' In the next stanza Lew Welch turns to this real work.

Essentially Welch is saying that Religion (true Religion) is direct insight into, or intuition of, the universe in which all illusory subject and object relations disappear. As the great early nineteenth-century liberal theologian Friedrich Schleiermacher (1768-1834) put it in his On Religion - Speeches to its Cultured Despisers (1799):

I entreat you to become familiar with this concept: intuition of the universe. [. . .] Only the drive to intuit, if it is orientated to the infinite, places the mind in unlimited freedom; only religion saves it from the most ignominious fetters of opinion and desire. Everything that exists is necessary for religion, and everything that can be is for it a true indispensable image of the infinite; it is just a question of finding the point from which one’s relationship to the infinite can be discovered (Cambridge University Press, 1996, pp 24 & 28-29).

Unless the Church (or for that matter any other religious body of whatever stripe) helps us achieve, or at least help us to position ourselves better to "find the point from which one’s relationship to the infinite can be discovered" - then ditch it right now. That includes this church and me as its minister. Really - I mean it.

Welch then concludes his poem with some apparently contradictory advice:

Guard the Mysteries!
Constantly reveal Them!

Tell the truth but tell it slant,
Success in circuit lies;
Too bright for mind’s infirm intent,
Is truth’s sublime surmise.
Like lightning to children eased,
Through revelation kind;
The truth must dazzle gradually,
Or every man be blind.

Welch's last stanza reveals the idea that any individual makes a terrible mistake if they try to experience all the mysteries at once. Good churches and spiritual teachers (which includes Welch himself of course) know that their purpose is to guard the mysteries - i.e. to reveal them 'slant' and slowly to the genuine seeker of truth so that they don't go and blow their minds and blind themselves by the truth which they are not yet quite ready to see in all its fullness (and I ought to add that this includes me). As Dickenson wisely notes "The truth must dazzle gradually,/Or every man be blind." A responsible religion, church or teacher must, therefore, guard the mysteries yet, through careful measured exposition, also ensure that they are constantly revealing them.

The practical consequence of all this is that I - as the minister and teacher - have to ensure that we do two things simultaneously. Firstly, I have to ensure that we continue to honour, maintain and above all live our own particular Unitarian Christianity which is precisely one such religious discipline which allows a measured guarding and revealing of the mysteries without which this church has nothing of value to offer anyone. But, secondly and almost paradoxically, simultaneously I have to make it clear - generally in quieter more intimate moments although today I'm allowing a public glimpse of what I actually teach though even this glimpse is liable to be misunderstood and distorted - that ultimately this same Unitarian Christian tradition is of no consequence at all, absolutely none.

In short all I am trying to encourage in anyone who chooses to come here - and remember I have no missionary desires in this, if you come you come, if you go you go - is to adopt and practise a particular position that paradoxically enables you to understand God or Nature, the Divine Unity, as NO position; no subject, no object no Christian, no Muslim, no Jew, no Buddhist nor Hindu; no atheist and no theist. The American philosopher Paul Wienpahl, whom I mentioned on Christmas day, makes this interesting observation in his 1956 essay An Unorthodox Lecture:

These are cryptic statements of the revolt against idealism, a revolt which is a search for reality outside thought. As I see it, the point is not to identify reality with anything except itself. (Tautologies are, after all, true.) If you wish to persist by asking what reality is; that is, what is really, the answer is that it is what you experience it to be. Reality is as you see, hear, feel, taste and smell it, and as you live it. And it is a multifarious thing. To see this is to be a man without a position. To get out of the mind and into the world, to get beyond language and to the things is to cease to be an idealist or a pragmatist, or an existentialist, or a Christian. I am a man without a position. I do not have the philosophic position that there are no positions or theories or standpoints. (There obviously are.) I am not a sceptic or an agnostic or an atheist. I am simply a man without a position, and this should open the door to detachment.

I'm very much with Wienpahl on this, that "the point is not to identify reality with anything except itself" and any religious tradition worth its salt is only ultimately concerned to help its adherents experience this reality itself and not its own transient and wholly incomplete expression of that reality.

To conclude we may return directly to the epiphany because reality in itself is what the Magi sought and, to my mind what they found as they looked down at the Christ-child. But they only found it and recognised it on that particular day because of their long, slow preparatory journey during which the mysteries were slowly unfolded to them. The edge of the manger was, for them, the point from which their relationship to the infinite was discovered.

All I am here to do is to encourage you to take the same long road and to take your time and choose well your companions, that is to say your church and teachers. I am here to help you make sure they are, in fact, helping you encounter truth even though it be slowly and 'slant.' Remember, if they are doing their job well, they do this, not to keep you from the truth, but so that you may find it by not being blinded too early in your journey and wandering off lost, into the desert.

I can do no better than to leave you with Welch's words once more. To me at least he was truly one of the Wise Men and his poetry was a wonderful gift to us all: