Is orthodoxy always a bad thing? 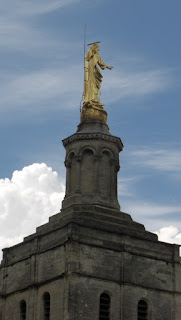 Saul just left a good and helpful comment on my last blog which seems to me worth headlining a bit by pulling it out of the comments section. He wrote:

Hi Andrew, I've been following your recent posts with interest.

I don't want to simplify your debate, but I do want to ask - Is orthodoxy always a bad thing? My own perspective is that we need a degree of orthodoxy. A stable rock or starting point that despite our explorations, remains there for us to come back to.

Unitarian Christianity is a small drop in an ocean of faith. Surely having a degree of orthodoxy - in the form of established beliefs and an adherence to tradition - is necessary?

We can still be reasonable and open minded enough to accept other faiths contain truth and value - but if we really feel passionately about our beliefs and respect our heritage, then we must preserve as well as develop.

Thank-you Saul, that is a very important point and, far from simplifying the debate, it usefully unfolds another dimension of it. It is one of those simple but complicated matters! What follows is not in any way meant to be a definitive reply - it can't be - but I hope it contributes to the ongoing discussion here and within my own community in Cambridge.

It continues to strike me that one of the major problems for most people who want to be religious liberally is the difficulty of believing in something (anything) with consistency and passion. (It is the same problem faced by both Tolstoy and Wittgenstein.)

Given this I have tried over the past few years to articulate a modern version of what, in England at least, is known as Free Christianity. To this end I along with John Morgan (an American Universalist) produced a prayer-book that tries to offer just the kind of stable rock you call for. Additionally I negotiated a document with a group of Francophone Unitarian Christians called the "Avignon Manifesto" which tries to do something similar. Anyway, you might find these things worth a second glance especially since I think they concur well with the point made in your last paragraph.

My recent blogs have been concerned with the problem of how to undertake this kind of project without then slowly drifting back into the more usual kind of orthodoxy which is utterly resistant to new insights and which can come to believe that its form of words, beliefs and praxis are alone universally absolute. I don't think anything I have written is at all like this but I can see how this kind of attitude could, under certain circumstances, begin to develop from it. So, what I'm looking for is some kind of safety valve that ensures that, whenever such a tendency begins to develop, a stop is put on it. In short I'm grappling - not so much with belief as such (say over the divinity of Christ or otherwise or the efficacy of one religion over another) - but with the way in which we hold our beliefs and with the status of the words we use to express them.

Wittgenstein's thinking is useful here (well might be useful - we'll see) because he is trying to show (in part) that philosophical and religious propositions are not at all like those used by scientists. But philosophers and theologians can all too easily be seduced into believing that their words are doing something quasi-scientific when they are not at all (at times I have, alas, been included amongst their number). He is also trying to show that neither is our religious language metaphorical; as he provocatively suggests: "In religion talking is not metaphorical either; for otherwise it would have to be possible to say the same things in prose." This is particularly important for liberals to grasp because much of their defence of religion is based on being able to interpret it metaphorically. I should know because, as a careful read of this blog will show only too clearly, I have done this repeatedly and, I now think, wrongly.

If we can show that our religion - even when we choose to express it in "orthodox" ways (i.e in a fashion that provides a certain kind of useful stability and tradition) - says nothing about the world that can be used in an oppressive quasi-scientific way and also that neither is it metaphorical (i.e. can be recast in a quasi-scientific way) then there might, just, be a way forward for us. We might be ready to start articulating the kind of tough, rough and ready practical liberal 'orthodoxy' that a genuine liberal can adopt with passion and a clear conscience; to articulate a faith which can effectively stand up to some of the very unpleasant forces abroad in our world without, at the same time, becoming merely a mirror image of those same forces.
Email Post
Labels: Free Christianity liberalism metaphor Orthodoxy Wittgenstein
Andrew James Brown
My name is Andrew James Brown. I’m a philosophically/theologically inclined writer with sympathies towards Christian atheism, D. G. Leahy’s “thinking now occurring for the first time”, a Lucretian inspired religious naturalism, new materialism and Kyoto School philosophy; also a photographer, cyclist, walker and jazz bass player. In addition to this, I’m the minister of a small, liberal-religious, free-thinking community in Cambridge (UK)

Anonymous said…
Thankyou for your reply Andrew, you have the most thought provoking, challenging Unitarian blog on the web - it gives me hope and inspiration.
13 June 2008 at 21:44