Children, It's Spring - a case for 'de-ligio' 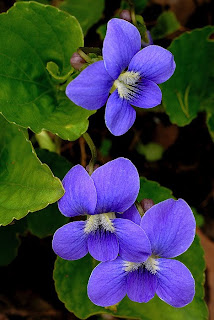 Today's address picks up on a number of themes and authors that I mentioned last week when I briefly explored how we as a contemporary religious community might, following Karl Marx's advice in his 1844 essay "A Contribution to the Critique of Hegel's Philosophy of Right" that we must pluck imaginary flowers from the chains which bind us, not in order that we shall continue to bear that chain without fantasy or consolation, but so that we shall "throw off those chains and pluck the living flower." I, following Marx and the Roman poet Lucretius, strongly suggested that a significant chain which has historically bound us to what I called supernatural religion.

With this image of flowers in mind (as you know the teaching of Jesus' to which I return again and again is his call to consider the lilies of the field and the birds of the air - though I'm increasingly aware my conclusions are radically different from those he reached) I pointed to David R. Slavitt's wonderful translation of Lucretius' De Rerum Natura and the passage found at the beginning of Book IV:

"The air is thin up here and it's hard to breathe as I pick
my way along the heights of the Muses' mountain, putting
one foot after another as carefully as I can.
No one has walked this vertiginous path before, and I feel
both fear and exhilaration, as I look round at flowers
no man has ever seen, let alone gathered to make
a chaplet for his brow. My purpose, as well, is lofty -
to free the minds of men from the bonds of their
superstitions."

I concluded by citing some words of my friend and teacher Victor Nuovo to the effect that, in Lucretius' hands, the "the gods are reborn by means of [his] poetic discourse, not to tyranny over us, but to awaken us to the sacred precincts of nature where we may gather and sing hymns of praise, and they allow the spirit to soar as it seeks poetic expression to fundamental truth, which is free of religion."

You will know, I am sure, that the etymology of the word 'religion' is 're-ligio', which means a binding back. In my mind this is - at root - a binding back to a supernatural god. My call (and the call of the authors and friends I cite) is instead an unbinding - a 'de-ligio' if you like - which encourages us to awaken to "the sacred precincts of nature" and so come to see that what we call the divine, and which were once associated with the supernatural gods of old, is always all around us in Nature and, therefore, definitively unsupernatural. I am saying here - lest there be any doubt - that it seems highly unlikely that there is another world - or, rather more precisely, I am saying (following Mark Johnston) that there is *another* world but that it is *THIS* world properly received.

In doing this I'm hoping to encourage us to continue to defend and uphold, not so much religion, but to begin to develop a certain kind of un-binding, a de-ligio, and so begin to practise something we could call (if it didn't sound so silly) "deligion"! (Of course, re-ligio can also point to something we might feel more positive about, namely the binding of people together in community but, within the liberal tradition it is vaital to realise that this has been about voluntary association - i.e. it is a free association only achievable by those who are truly aware of a certain kind of unboundedness. I could say more on this but won't today . . .)

But any such "deligion" needs to find hymns of praise (a language) appropriate to its contemporary knowledge, needs and concerns which, in a quite unforced and natural way can help encourage our spirits to soar as they seek to give poetic expression to fundamental truth. We need "hymns" which seem to us to have the quality of what over the past few months I have been calling "inevitable knowledge; hymns which, for good, sound scientific and poetic reasons, seem to us to be right and which (thank goodness) don't require us, like the Queen in Alice in Wonderland, to believe in "as many as six impossible things before breakfast."

To this end I rounded off last week's address by offering you a poem written by the poet Mary Oliver called "Moccasin Flowers" which, I suggested, was just such an example of a hymn that spoke to us with just this kind of "inevitable knowledge."

Well I've carried on thinking about this (it couldn't be helped) and this week I have, again and again been drawn back to Mary Oliver's inspiring work. There are, of course, other writers whose work I think has this quality but I'll stay with her today. I strongly encourage you at least to get hold of her two volumes of "New and Selected Poems".

Because today stands at the start of spring and we also have children's activities arranged the poem that struck me a particularly relevant for consideration in this morning's service is the fairly  recent "Children, It's Spring":

And this is the lady
whom everyone loves,
Ms Violet
in her purple gown

or, on special occasions,
a dress the color
of sunlight. She sits
in the mossy weeds and waits

to be picked by careful fingers,
young fingers, entranced
by what has happened
to the world.

We, the older ones,
call it Spring,
and we have been through it
many times.

But there is still nothing
like the children bringing home
such happiness
in their small hands.

I hope you can see what I mean when I say this poem comes as a kind of "inevitable knowledge"- after all what is there in it that requires we believe even one impossible thing before breakfast let alone six?! (It doesn't contradict any of our hard won contemporary knowledge - especially in the field of the natural sciences). Oliver doesn't turn the violets or the children into metaphors for anything - such as heaven, god or goodness - but instead lets them be what they are, which is what we know they are, namely violets and children. Oliver simply draws our attention to them and never once points to anything above the natural.

But here is the paradox of the poem which is, perhaps, only clearly visible to those who, like us, have inherited the idea that religion must point to some other transcendent, other world; in clearly not pointing to such a world she does point to another world in the way I mentioned earlier, namely, *THIS* world properly received. We catch a glimpse of this "other", properly received world, in the moment we notice both that there is still nothing like the children bringing home such happiness in their small hands and also when, thanks to her poems, we notice that we notice this.

It is a poem which seeks to help us see that this world *is* truly our home and our only dwelling-place, a clearing in the vastness of the universe in which we can begin both to see clearly the sufficiency of Nature and to fall in love with it. The result of this, to take the concluding few lines from another of Oliver's poems called "When Death Comes", is that we can begin honestly to say:

And then to be able to articulate the following thought and act to ensure it does not come to pass:

"When it is over, I don't want to wonder
if I have made of my life something particular, and real.
I don't want to find myself sighing and frightened,
or full of argument.

I don't want to end up simply having visited this world."

Our children bringing us those violets in their small hands help us pluck the living flower ourselves and our noticing that we notice this is one of those pivotal moments when we realise we are not visitors in this world but inhabitants; suddenly we begin truly to dwell, truly to commingle in Nature, our only and sufficient home.
Email Post
Labels: Alice in Wonderland David Slavitt De Rerum Natura deligion Epicurus institutional religion Karl Marx Lucretius Mark Johnston Mary Oliver the sufficiency of Nature
Andrew James Brown
My name is Andrew James Brown. I’m a philosophically/theologically inclined writer with sympathies towards Shin’ichirō Imaoka’s understanding of free religion (自由宗教), Christian atheism, D. G. Leahy’s “thinking now occurring for the first time”, a Lucretian inspired religious naturalism, new materialism and Kyoto School philosophy; also a photographer, cyclist, walker and jazz bass player. In addition to this, I’m the minister of a small, liberal, free religious community in Cambridge (UK)