To live in this world you must be able to do three things . . . 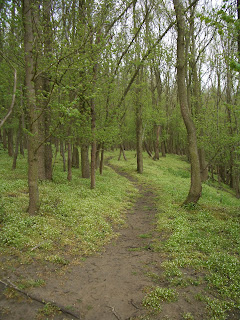 To live in this world

you must be able
to do three things:
to love what is mortal;
to hold it

against your bones knowing
your own life depends on it;
and, when the time comes to  let it go,
to let it go.

If you have been here over the last two weeks then please forgive this two paragraph preamble. I've said something quite important that needs to be repeated for those who are coming into to this conversation for the first time. This address being part of a conversation not a definitive statement.

Over the last couple of weeks I have been concerned to be quite explicit about the need to address the fact that, for many of us in this time and culture, when we invoke the gods of old they simply do not come. For us the reality of the gods - of God - is not for us inevitable knowledge in the way it was for our forebears.

I want to make it clear that say this without wishing in any way to disparage the beliefs of those who believe the gods - or God - does come or to engage in any polemics. All I am saying is that for me (and many I address), even as I feel there is still something I label the divine - I see absolutely no sign of the gods.

However, I am also concerned to explore the feeling that in the invocation of the gods/God (something we do in this church) a creative imaginative clearing opens up and it is for us a scared space. It is sacred to us because it was the place where we once thought the gods dwelled. This sacred space is, of course, in our imaginations but, and this is key, it is our imagination now knowingly working and rooting itself in *this* world. It is a way to transcend without transcendence or, to put it another way, it is to be able to see that the "other" world of religion (the world we used to ascribe to the gods, the world of the kingdom of heaven in which were rooted all values) - it is to see that the "other" world of religion is not another world but this world seen and received differently. Seeing it differently we are enabled to seek a different source of divinity to the one which was available to our forebears - as I said above, not because there is no such thing as the divine, but simply because the well our forebears drew from no longer provides refreshment. The most the old well (the old religion) can provide us today is a sense of longing and loss and it is clear, to me at least, that we must begin to move beyond that to dwell around a new, life-giving, genuinely hopeful source appropriate to our own age and knowledge.

One poet who is proving to be extremely helpful (to me at least) in this search is Mary Oliver and I know a number of you have begun to seek out her work independently.

But before I walk briefly with you through the final lines of her poem "In Blackwater Woods" I need to bring one further thought before you - namely that our lives are conditioned by the objects in our lives. By objects I mean everything that we find in our lives from the animate, i.e. people and animals, through to things we commonly call inanimate such as houses, hammers, and fountain pens. The philosopher Mark A. Wrathall writes that:

"It is only because our activities are conditioned by the objects with which we act that any particular object has [for us] instrumental importance. It is only because I want to build a house, for example, that a hammer matters more than a fountain pen. This is because the need to drive nails, and the nature of nails and boards, conditions the kind of tools I can use successfully. If objects made no demands on us or each other, and thus do not condition each other, then no object can be of any more weight than any other" (Religion after Metaphysics, CUP, p. 80).

Once we used to feel that the gods made things and the world matter to us. It was the gods who made demands upon us and conditioned us and in so doing gave the world and the things in it weight and meaning. I'm suggesting - thanks to the insights of a whole range of philosophers, primarily Nietzsche, Bloch, Heidegger and Wittgenstein - that we can now see how it is possible to see that the world in which we live and move and have our being itself demands and conditions us and so it is this world that gives life (and things) weight and meaning and, in turn, can be experienced as a new source of the divine.

I want to begin with the important observation that I am not telling you what Oliver's poem means. The true poem cannot be so reduced and so, in a very real sense I have absolutely no idea what this poem means. All I am doing is responding to its gestures and looking this way rather than that. In the same way I must honestly say that, in truth, I have no idea what this address means - it is itself only a gestural response to saying to you "Look!".

So to Oliver. She says that "To live in this world you must be able to do three things" and the first of her practical suggestions is "to love what is mortal".

But, here, Oliver seems resolutely to refuse to push mortality aside. But it is even more than that for she calls upon us to love this mortality; to love things because of their transience and mortality not inspite or despite it. In other words we love this world because it is very mortality that, in making demands upon us and conditions us, allows anything to show up to us as, counting, as having meaning and worth.

The second thing she thinks we must do is to hold this love and these mortal things "against your bones knowing your own life depends on it."

Here it seems Oliver is pointing towards the earth where the word "earth" stands for the dark and ultimately mysterious material out of which everything is made - our bones, buildings, hammers and fountain pens. Our bones - which itself seems to gesture towards the deepest structure of our being - our bones are made of this same mysterious stuff out of which all things are made and so of course our life depends on it! This mysterious stuff that is bred into our very bone also makes demands upon us and conditions us and begins to impart to the world weight and meaning - gives it intelligibility.

So we may say that we are "consciously conditioned by the earth when we incorporate into our practices the particular features of the environment around us" - something Oliver does all the time as the first part of this poem eloquently reveals. She is able to show us how we might take the world (both its light and dark aspects) into our arms and hold it close to our bones so that our bones - that is to say our deepest sense of being - can tell us that our lives depend utterly upon it. Who could not love such life giving things held so close? Here I think we see a revisioning of Jesus' call to love the source of our being and our neighbour as ourselves.

Perhaps for many of us these two things (mortality and the earth) are already slowly coming to be felt as inevitable knowledge - some of us are beginning to acknowledge and accept once more the demands mortality and the earth makes upon us. But the third thing Oliver thinks we should do is much harder, namely: "when the time comes to let it go, to let it go." Oliver is aware that the first two demands reveal that to understand how truly to live in this does not result in a *theory* about letting go but of the daily *practice* of letting go.

Do any of you remember the old playground game where you stand in front of a friend with your back to them and them let yourself fall backwards trusting that they would catch you? What Oliver seems here to be gesturing towards is allowing our selves to fall into life by letting it go of it.

Here we may usefully point to an old use of the word "fall" (courtesy of Hubert Dreyfuss); we say "he or she fell to work" by which we which we mean someone has entered into whatever task in a full and complete way. It is not precisely to be fascinated by the work - where the work is somehow outside of us, where the things we are working with show up as objects and you understand yourself as a subject but, instead, where you become your work and the subject/object distinction is lost.

Oliver's work seems to suggest to me that we can trust the universe, we can trust its demands and conditions and so allow ourselves to fall lovingly into it in this way. This is to let go of so much of the quite desperate hanging on that characterises and so blights our modern life. Falling in love with what is mortal - suggestively here is word "fall" again - falling in love with what is mortal and allowing yourself to hold it so close to you is finally to close the chasm that our age has opened up between ourselves and the world.

I want to suggest that it is in the moments when this gap closes - when we commingle fully with this world, hold 'it' lovingly in our arms, responding lovingly to 'its' demands - that we find again the divine, not in the gods coming to our world but in letting go and allowing ourselves to come back to the world.

To live the whole of life thus is, probably, beyond most of us but gathered here in such a community we can begin to practise together, we can begin to take our first steps back home, to life and the divine.
Email Post
Labels: commingling Ernst Bloch Heidegger In Blackwater Woods Mark A. Wrathall Mary Oliver religion after metaphysics transcend without transcendence
Andrew James Brown
My name is Andrew James Brown. I’m a philosophically/theologically inclined writer with sympathies towards Shin’ichirō Imaoka’s understanding of free religion (自由宗教), Christian atheism, D. G. Leahy’s “thinking now occurring for the first time”, a Lucretian inspired religious naturalism, new materialism and Kyoto School philosophy; also a photographer, cyclist, walker and jazz bass player. In addition to this, I’m the minister of a small, liberal, free religious community in Cambridge (UK)

Charlie Talbert said…
My minister sometimes closes her memorial services with these lines from Mary Oliver that you've quoted. They're moving every time I hear them.

I'm mostly writing to let you know that the white text of your post is difficult to read against the background of the planks of wood - not enough contrast, at least on my monitor.
3 May 2010 at 18:14

Andrew James Brown said…
Thanks Charlie - I've upped the contrast (the text is now white rather than grey) - hope that helps. Another correspondent thought that the green background I used originally was problematic - I went for the brown to try cure that. If this fails I may go for the default Nietzschian bleak mountainscape that at least has higher contrast!
3 May 2010 at 19:20