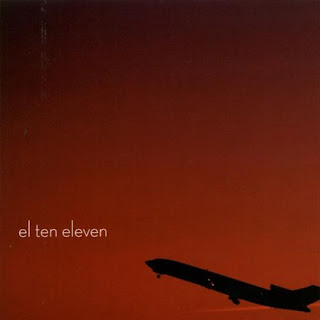 As most readers of this blog know, by profession I am a jazz musician and this fact is worth keeping in mind as you read what you find in other posts on this site - I've may have ended up (by some crazy route) becoming a minister of religion who is passionate about philosophy but I'll always be an improvising musician first and foremost.

These few words are here as a preface to this post encouraging you to check out a contemporary post-rock band called El Ten Eleven. I came across them this week because they provide much of the music on a wonderful film called Helvetica, which a good friend of mine, Graham, brought over with him when he came to stay with us for a few days mid-week. (The band is named after the Lockheed L-1011 TriStar - the picture above on their first album is, however, a Boeing 727 - but then you all knew that didn't you . . .)

Post-rock, by the way, is described in Wikipedia as "a musical genre characterized by the use of instruments commonly associated with rock music, but using rhythms, harmonies, melodies, timbres, and chord progressions not traditionally found in rock." That's about right I think - though by no means the whole story. 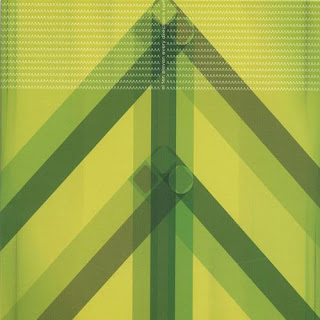 What has so struck me - and had me listening over and over again to their three albums so far - is the MOOD, the TONE, the ATTITUDE of the music. It just seems to be the right "soundtrack" for these post-everything times - post-metaphysics, post-modern, post-God, post-Christianity and post-Christendom. These "post" labels can clearly be over done but in so many ways they gesture to something that feels true - at least to me.

Now you might be tempted to think that the MOOD, the TONE, the ATTITUDE I am talking about is going to be somehow bleak and miserable but the clarity and openness of the music seems to me to gesture towards the kind of open-clearing I refer to in my previous post. A joyous aural resonance with Dogen-zenji's observation that “every activity is a flashing into the vast phenomenal world. Each existence is another expression of the quality of being itself” (Shunryu Suzuki, Zen Mind, Beginner’s Mind, Weatherhill, Boston 2009, p. 104). 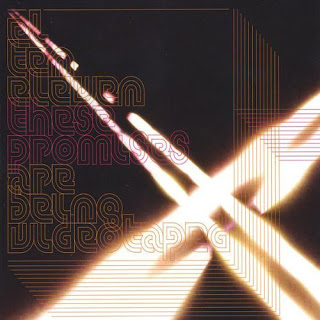 Maybe I'm just deluded in this but that's what I feel when I'm listening to their music whilst just watching the world pass by. Wonderful, really wonderful, and I'm filled with a sense of hope that doesn't rely upon anything other than the sufficiency of this world, of Nature herself.

God knows what the band (or you) will make of this post - but whatever they think I'm really just saying thanks for some great music.

Andrew James Brown said…
Oh, yes, Dad taught me well. I took one look at that silhouette and thought, hang on that's no Tristar. The trouble is that I can't identify any planes built post-1985 when I stopped going with Dad to airshows. Now I'm just a sad-looser-has-been in this field as I am, alas, in so many others . . .
13 September 2010 at 11:56