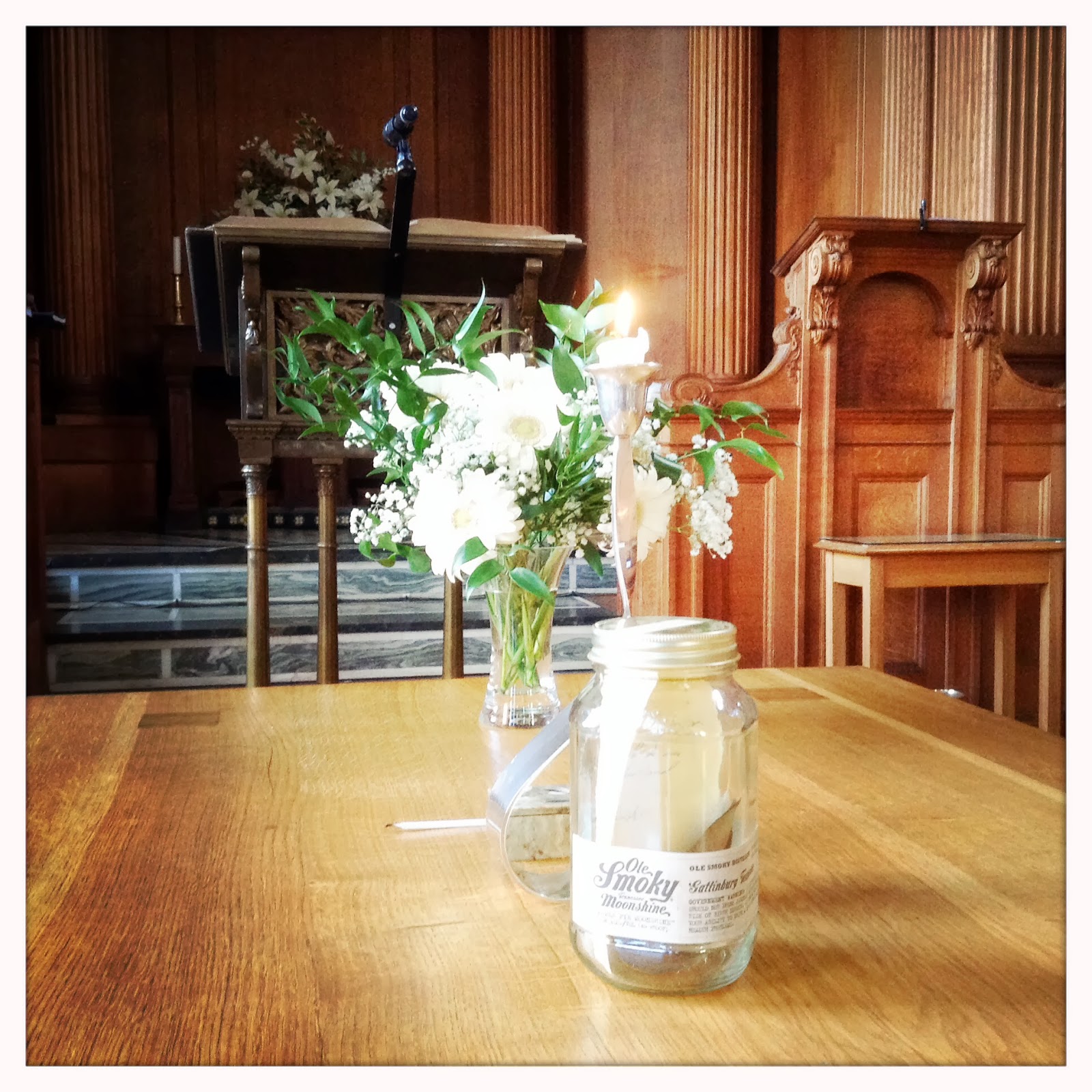 In the past few weeks I have had a number of conversations with various people in the congregation about the way new worlds of meaning can be created. I always use the illustration of Wallace Stevens' short poem, "Anecdote of a jar." I didn't have time this week to write a new address so I extemporized on themes drawn from the following two addresses.

A preserving jar and the Christ-child (December 2012)

I placed a jar in Tennessee,
And round it was, upon a hill.
It made the slovenly wilderness
Surround that hill.

The wilderness rose up to it,
And sprawled around, no longer wild.
The jar was round upon the ground
And tall and of a port in air.

It took dominion every where.
The jar was grey and bare.
It did not give of bird or bush,
Like nothing else in Tennessee.

Two people attended the church for the first time on the occasion of the 2011 Evolution Sunday address. They became very good friends of ours - Ryan and Irish Sirmons. Ryan was training for ministry with the United Church of Christ at the time and was a student at Westminster College, just up the road. He's graduated now and they have both been called to Annapolis UCC, Maryland. When they left the UK last summer as a gift to me and my wife, Susanna, they bought a jar of Tennessee Moonshine. When we had drunk it they put inside the jar a handwritten copy of Wallace Stevens' poem, a feather from a bird, and a leaf from a bush! A wonderful present that we'll cherish to the end of our days. The picture above is of that jar on our communion table at this morning's service.
Email Post
Labels: Anecdote of a Jar Heidegger Wallace Stevens
Andrew James Brown
My name is Andrew James Brown. I’m a philosophically/theologically inclined writer with sympathies towards Shin’ichirō Imaoka’s understanding of free religion (自由宗教), Christian atheism, D. G. Leahy’s “thinking now occurring for the first time”, a Lucretian inspired religious naturalism, new materialism and Kyoto School philosophy; also a photographer, cyclist, walker and jazz bass player. In addition to this, I’m the minister of a small, liberal, free religious community in Cambridge (UK)

RyS said…
Huzzah! I read this again as I prepare to preach on Evolution Sunday myself. And this, of course, is what I've been looking for. I placed a jar in the hands of a good friend...
4 February 2014 at 16:18